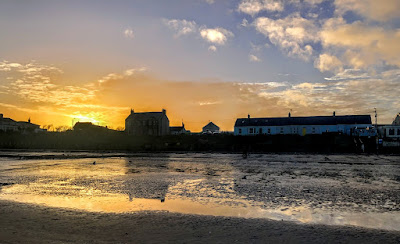 ‘O send out your light and your truth; let them lead me’ (Psalm 43: 3) … sunshine reflected on the beach at Bettystown, Co Meath (Photograph: Patrick Comerford)

Before this day begins, I am taking some time early this morning (23 March 2022) for prayer, reflection and reading.

Psalm 43 is a brief, five verses. In the slightly different numbering system in the Greek Septuagint and the Latin Vulgate, this is Psalm 42. In Latin, it is known as Iudica me Deus and in English it is sometimes by the opening words in the Authorised or King James Version, ‘Judge me, O God, and plead my cause against an ungodly nation’ (Psalm 43: 1).

Along with Psalm 42, this psalm is commonly attributed to the sons of Korah. In the Hebrew Bible, it comes within the second of the five books of Psalms, also known as the ‘Elohistic Psalter’ because the word YHWH is rarely used and God is generally referred to as Elohim.

Some ancient Hebrew manuscripts combine Psalm 42 and Psalm 43, and some commentators suggest that because of similarities of thought and language in Psalm 42 and 43, these two psalms were originally one. They form one single poem or song consisting of three stanzas, each with the same refrain (42: 5, 42: 11; 43: 5).

Verse 1 says: ‘Vindicate me, O God, and defend my cause against an ungodly people; from those who are deceitful and unjust deliver me!’ The phrase an ‘ungodly nation’ or an ungodly people comes from words literally meaning a nation without Chesed, meaning kindness or love between people.

The ‘deceitful and unjust man’ in some translations may be the leader of this nation, who may have deployed treachery and malice, but the words may also refer collectively to the inhuman nation in general, those people who use deceit and malice as their ways.

The Latin version of Psalm 43 is familiar to former altar boys of a certain vintage. In the Tridentine rite, this psalm was recited by the priest and the servers during the prayers at the foot of the altar before ascending to celebrate the Mass. The recitation of Psalm 43 at the beginning of Mass was suppressed in 1964 with the Instruction on Implementing Liturgical Norms, Inter Oecumenici. 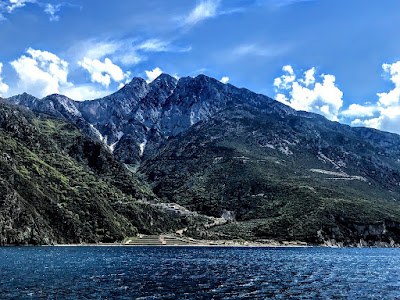 ‘Bring me to your holy hill’ (Psalm 43: 3) … the peaks of Mount Athos in Greece (Photograph: Patrick Comerford)

1 Vindicate me, O God, and defend my cause
against an ungodly people;
from those who are deceitful and unjust
deliver me!
2 For you are the God in whom I take refuge;
why have you cast me off?
Why must I walk about mournfully
because of the oppression of the enemy?

3 O send out your light and your truth;
let them lead me;
let them bring me to your holy hill
and to your dwelling.
4 Then I will go to the altar of God,
to God my exceeding joy;
and I will praise you with the harp,
O God, my God.

5 Why are you cast down, O my soul,
and why are you disquieted within me?
Hope in God; for I shall again praise him,
my help and my God.

Let us pray for all organisations and people who fight against marginalisation of the poor and underprivileged. 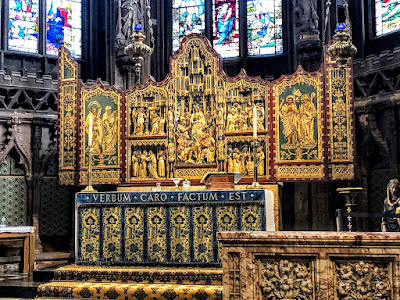 ‘Then I will go to the altar of God, to God my exceeding joy’ (Psalm 43: 3) … the altar in the Lady Chapel in Lichfield Cathedral (Photograph: Patrick Comerford)