The Reformation after 500 years:
1, Martin Luther and the Continental Reformation

In the first of three features on the Reformation, Canon Patrick Comerford looks at Martin Luther and the continental reformation. 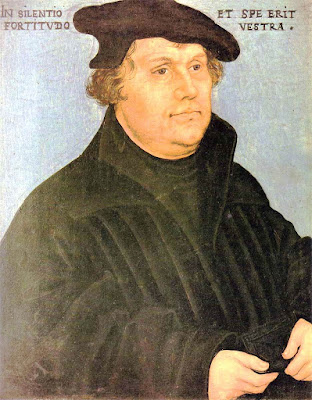 This year, Churches of all traditions throughout the world are marking the five-hundredth anniversary of the Continental Reformation. Although the actual events are shrouded in myths and legends that have developed over the past five centuries, 31 October 1517 is remembered as the day that set the Reformation in motion.

Of course, the Church has always been in a state of being reformed, although the principle of ecclesia semper reformanda, which has been attributed not to the Reformers but to Saint Augustine, is used only for the first time by Karl Barth in 1947, and then adapted by Hans Küng in the 1960s. The Church is always reforming itself, and there were great reforms in pre-Reformation days too. One early reformer was Pope Gregory the Great, one of the Doctors of the Church, who reformed the liturgy and structures of the Western and sent Saint Augustine on his mission to England.

From the mid-14th century, John Wycliffe and the Lollards were demanding Reform, and William Tyndale, who worked on an early translation of the Bible, was executed before the Anglican Reformation began. On the European Continent, early voices and movements for Reform included Peter Waldo and the Waldensians, John Huss (1369-1415) of Bohemia, and Desiderius Erasmus (1466-1536), the Dutch humanist who remained a Roman Catholic priest, but who influenced the Continental Reformers through his translation of the Greek New Testament.

Martin Luther (1483-1546) was born in Eisleben, Saxony, and received his name because he was baptised a day after his birth, on the Feast of Saint Martin of Tours. He was educated by the same religious community whose members included Thomas à Kempis and Erasmus, and then studied theology, philosophy and law at Erfurt.

In 1505, he was caught in a thunderstorm, struck by a lightning bolt and thrown from his horse. He was terrified of death and divine judgment, and cried out: ‘Help! Saint Anna, I will become a monk.’ He became an Augustinian friar, and devoted himself to a life of fasting, prayer, pilgrimage and penance. He was ordained in 1507, began teaching theology in Wittenberg in 1508, received his doctorate in 1512, and became a professor of theology.

As he was teaching, Luther came to question several Church teachings and practices. The catalyst was provided by the arrival of Johann Tetzel in Germany in 1516 to raise funds for building Saint Peter’s Basilica in Rome. Luther strongly disputed what he interpreted as the notion that freedom from sin could be bought and paid for, although historians now agree that Tetzel was not teaching official dogma, and probably never said: ‘As soon as the coin in the coffer rings, the soul from purgatory springs.’ 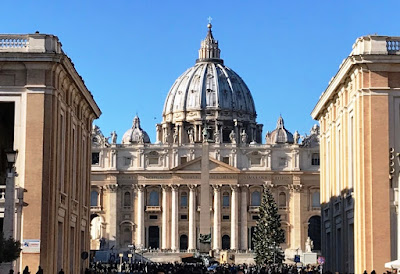 Luther proposed an academic discussion of indulgences when he published his 95 Theses on 31 October 1517. Myth now says that on that day 500 years ago, he nailed his 95 Theses to the door of All Saints’ Church in Wittenberg, although in reality Luther had sent them to the Bishop of Mainz in an effort to stimulate debate.

Luther taught that salvation and, subsequently, eternal life are not earned by good deeds but are received only as the free gift of God’s grace through the believer’s faith in Christ.

He challenged the authority and office of the Pope by teaching that the Bible is the only source of divine revelation. His marriage to Katharina von Bora, a former nun, challenged clerical celibacy, while his translation on the Bible made it more accessible and transformed German culture.

Luther had no plans to cause schism or to form a new Church. But his refusal to renounce his writings at the demand of Pope Leo X in 1520 and the Emperor Charles V at the Diet of Worms in 1521 resulted in his excommunication by the Pope and condemnation as an outlaw by the Emperor. Both failed to silence him, and his pamphlets and books were soon widely read throughout Europe. Meanwhile, parallel Reforming movements began with Huldrych Zwingli in Zurich in 1519, and with John Calvin in Geneva.

Luther’s writings triggered wars and civil turmoil and wars throughout Europe. But he died in his own bed early on the morning of 18 February 1546, and was buried beneath the pulpit in the Castle Church in Wittenberg. He has left a divided legacy, from his hymns to his anti-semitic tirades. But the arrival of his writings in in Cambridge would make it the nursery of the English Reformation.

Next issue: the Anglican Reformation.

This full-page feature is published in the June 2017 edition of ‘Newslink’, the magazine of the United Dioceses of Limerick, Killaloe and Ardfert