An urban myth or a church
legend … is there a threat
from two stout monks? 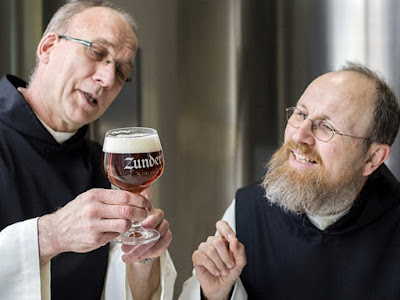 Urban myths are so popular that they never seem to die or fade away, they are difficult ot dispel, and they are simply recycled retold in new forms.

One popular urban myth concerns organ harvesting. A man on a business trip is seduced by a beautiful woman … or he pays for an escort. He wakes up the next morning in a bathtub full of ice to find one of his kidneys has been removed for sale on the black market.

In the recycled version, he wakes up to find she has left, leaving behind a scrawl in lipstick on the bedroom mirror, telling him what is now infected with.

Another urban myth tells of a woman on holiday in an exotic resort. She swallows an egg whole, but thinks nothing of it until her stomach starts to bloat and she wonders whether she is pregnant. She goes to her doctor but a scan reveals the egg has hatched and a lizard is living inside her.

These stories are not pleasant, yet we insist in believing them and telling them over and over again because there seems to be some moral in the tale, however perverse that may be.

But there are church myths too, and they are recycled among clergy as readily as urban myths. I heard yet again this week of the popular legend of the ‘two stout monks’ in the Rule of Saint Benedict.

According to this church myth, the Rule of Saint Benedict includes the following advice:

In my stays in Ealing Abbey and Glenstal Abbey, or my visits to Rostrevor Abbey, Mount Melleray or Roscrea Abbey, I have never heard this legend. But it is still repeated wherever priests are gathered together.

But the Rule of Saint Benedict is subject to many interpretations. An article published by Assumption Abbey in North Dakota challenged the traditional translation of the Benedictine motto, Ora est labora, as ‘To Pray is to Work.’

Instead, it argued that that interpretation is a result of urban legend and that the actual motto is Ora et labora, ‘To pray and To work.’ This would embrace two major aspects of monastic life, prayer and work.

Perhaps, as we discuss, laugh and disagree about both, we could call in two stout monks to uphold or to refute these assertions. 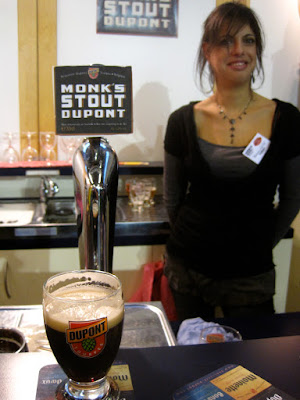 Monks Stout … the debuts at the HORECA Exp