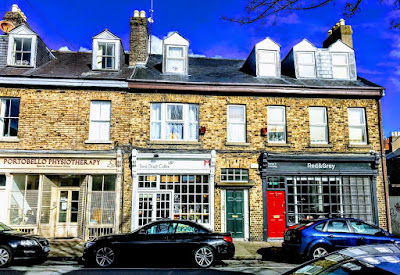 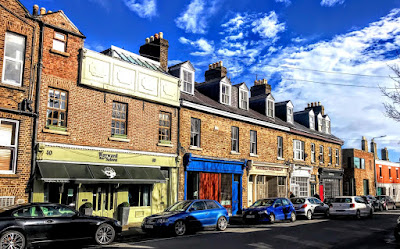 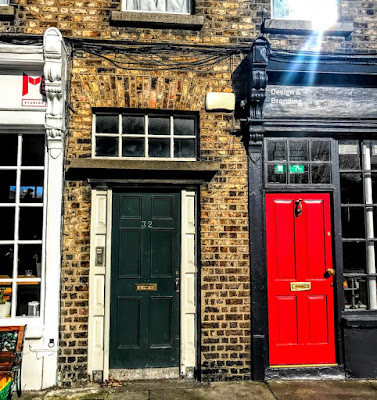 I am , I believe, the last surviving member of Lennox Street Shool My Name is Zerrick (Jerry) Woolfson, and my dear late father William Lewis Woolfson (Woolfe Woolfson) was the \president for it's almost last 30 or more years, and before that Vice President to Mr. Isaacson. After my Dear Father passed away in 1973, my late brother Louis John Woolfson became the President. for he last several years, until it finally closed. I was at that final meeting where we decided to close it. It was totally supported by my family for most of 30 odd yea period and the memebers paid no dues. It was often a difficult job to go around the area rousting out enough for a minysn.10 males over barmitzvah age .We did this for at least 5 or more years.

One correction. Lennox Street opened in 1878, and there were old siddurim (prayer books) with an ink stamp inside the front cover "Lennox Street Hebrew Congregation founded 1878.

I still have a shofar, brought over by the first members from Naira (the Yiddish name, Jaunjelgave the Latvian name)in Latvia. It is very unassuming , an ordinary ram's horn, and for many years here in Canada I was the Shofar Blower of our small Orthodox Congregation, formed by myself and another handful of devoted people, It was and is called Aish HaTorah, now mcuh larger with a resident Chabad Rabbi and school etc.

I am 93 years old. My eldest sister Lilian Woolfson-Hardy, is 102, still living in Dublin with her family.

I liked the Series very much, and concerning the article on Greenville Halle Synagogue, My family lived about 8 houses past it, at the corner of Donore Avenue. I was thrown out of my bed by the bombing, Our house lost allit's glass (much ended in my bed) and all the slates from the rook. Greenville Hall, although closer to the bomb (just across the street) suffered only shrapnel pocks in the pillars outside. So the report of serious damage is not correct. The house across the rd. where the bomb fell was totally demolished. The Reverend Roith Family of 5 girls and boys, lived there. friends of mine. NOT ONE was hurt, although they all had to be basically "dug out". Our Creator watched over us that night for sure.

A lot more to add but I'm written out .Slainte. Le'Hitraot.

My comment on Mr. Comerford was included in my comments already sent in. I enjoyed the series very much, and knew about every one of the synagogues except the Lower Clanbrassil Street one. I have been in many of them,in fact all that were functioning from ,say 1933 and onwards including in Terenure Rd Synagogue.I was even in The Grosvenor Rd shool. There was a youth Club there for several years and run by a Rabbi Medalie, I was a member , boys and girls, we played table tennis and other activities.

THe one shool I did not like to go into was Walworth Rd. now a museum. There was a kind of antagonistic rivalry between them and Lennox Street, both very close to one another and drawing from the same area. We regarded them as "latecomers"......!!!

Oh yes. I haven't used the Google email for many years. I use Hotmail and my address is drjmmen@hotmail.com

Forgot to add that my Grandfather Zorach Woolfson was the Gabbai of Lennox street for about 25 years, until he passed away.in 1923. "Zorach" is my Hebrew name. "Zerrick' is just a transliteration.

hi granddad levitas as i knew him lived a few doors near me .what plays on my mind where did fred leave about 1965 with suitcase in hand walking down warren st. yours kenneth wallace

My name is Isaac and I have been researching my family history. I live in the USA but many generations back my ancestors Nisan Moisel and his daughter Jane Edelstein lived in portobello. Ive been searching for more information on them and I believe that they went to this shul from around 1890 to probably around 1930 when Jane moved to Canada to be with her sons although one of them stayed in Dublin. If anybody knows if records were taken on who went here and knows if they even still exist somewhere I would greatly appreciate it if you could point me in their direction. Thank you very much.