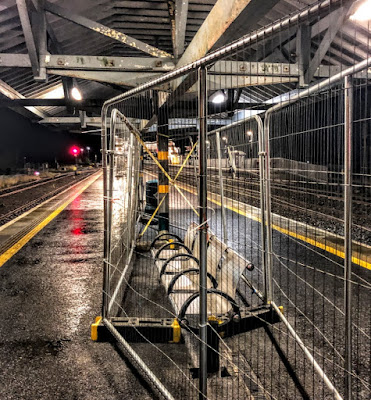 In the bleak mid-winter at Limerick Junction … where even the seating on the platforms is fenced off on a dark, raid-soaked night (Photograph: Patrick Comerford, 2019)

On my regular journeys between Limerick and Dublin, I normally use Dublin Coach, known to most people in Limerick, Clare and Kerry as the ‘Green Bus.’

Route 300, the M7 Express, is efficient, comfortable, reliable, runs every half hour, is normally punctual and has good WiFi too.

The only intercity bus service that beats it, in recent experience, is the regular bus between Bratislava and Vienna, that runs every hour, and takes about 75 minutes, and the €5 one-way fare includes complimentary coffee and a newspaper.

But sometimes I feel guilty about using the bus. I know it would be more environmentally friendly and would help to reduce my carbon footprint. But good intentions do not always translate into action.

I had a series of church-related meetings in Limerick throughout the day. By late evening I was closer to the railway station than the bus stops at Arthur’s Quay, and decided to catch the train to Dublin.

But there was something inside me that was telling me not to. Of course, there were memories of bad experiences on the that route in the past. But I dismissed them, got a ticket, and found the doors for the 17:50 train to Dublin were closed against me just as I was about to board.

What could I do? I shrugged my shoulders, went for a double espresso, took out my laptop, and worked for the best part of an hour before going for next train at 18:50.

The timetable said the train would arrive at Limerick Junction at 19:18, with a connection train to Dublin at 19:24. This is a train from Cork and Mallow to Dublin. Limerick is the third city in the Republic of Ireland, yet there is no direct rail link with either Dublin the capital or Cork the second city. Why, even Limerick Junction is not in Co Limerick – it is actually in Co Tipperary, close to Tipperary Racecourse but 3 km outside Tipperary Town.

A six-minute wait may seem efficient. But I was soon reminded that why almost every time I opt for the train rather than a bus from Limerick to Dublin I regret my decision.

At Limerick Junction, we were told the train to Dublin was delayed. There was an incident on the line, that was never explained. We could expect a delay of an hour or an hour and a half.

On asking, I was told no replacement buses could be expected – it was too late in the day to arrange that.

Once again, I was stuck at Limerick Junction with no connecting train and no alternative bus. It seems this place is wet and freezing cold, not just in the depth of winter, but at the height of summer too.

There is no place to buy a cup of coffee, there is no shop, apart from some poorly stocked vending machines, and the one waiting room has less capacity than the average number of passengers on a train.

The perpetual repairs to the platforms mean most seating in the open spaces is fenced off. The choice is between spending 90 minutes in an over-crowded, dimly lit, sweaty waiting room, or standing in the chilly, wet winter weather, wedged between smokers and vapers.

Half an hour after being told the next train would be in half an hour, we were told to expect a train an hour later.

By the time I boarded the train to Dublin, there was no trolley service … no coffee? Nor were the phone chargers working in the carriage. Passengers left high and dry at Limerick Junction, who had been using their phones to make alternative arrangements and to contact family members were now left with uncharged phones.

I asked about this. The phone charging system can only be switched on from outside the train.

Could this be done at Portlaoise, the next station?

No, I was told. At that time of the evening the staff authorised to do this have gone home.

Gone home? Obviously they were not waiting for a train.

I took comfort in the fact that the WiFi system was available, and worked for a while on my laptop, with a little time to read Leonard Cohen’s posthumous collection of poems, The Flame, which I had brought with me.

One staff member, under pressure and feeling the tension, moved between the carriages, desperately asking whether anyone was travelling on to Dublin Airport. Their panic was imaginable.

It now seemed the train would arrive in Dublin at 10:30 or 10:40. Passengers were reminded to collect Irish Rail forms to claim a refund. But surely that was no compensation for people who travel on a Public Services card.

Of course, we had not paid for our tickets that evening. But we have paid for them through our taxes. What compensation was there for people who had made arrangements to be met but who could not recharge their phones and contact anyone late at night at the edges of Dublin’s city centre?

The staff at Heuston Station in Kingsbridge were hard-pressed, but more than helpful. Irish Rail called and paid for the taxi to Knocklyon. But a journey that should have started in Limerick at 17:50 ended in Knocklyon at 23:00. The 17:50 train from Limerick was supposed to have arrived in Dublin three hours earlier at 20:00.

The Green Bus takes less than 2½ hours to get from Arthur’s Quay to the Red Cow Luas stop. I’ll skip Limerick Junction the next time.

But if the Government is serious about cutting carbon emissions, there must be better ways of organising public transport, including more investment in Irish Rail, in rolling stock and in the facilities for passengers at stations. 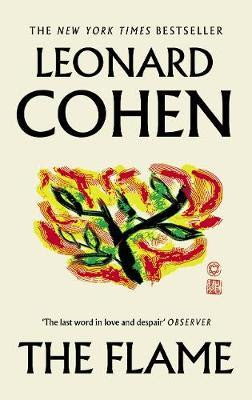 What a gastly experience. I think I read somewhere that the Cork to Dublin train broke down. I recommend travelling by train in Spain where the trains run on time and are extremely comfortable.