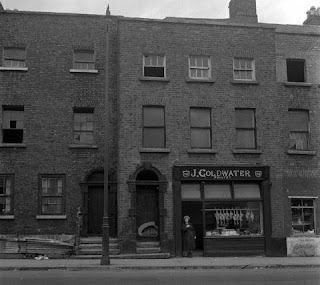 In the short space of about half a century, immediate members of one branch of the Comerford family had addresses in at least 15 houses in Lower and Upper Clanbrassil Street, the heart of Dublin’s ‘Little Jerusalem.’

Many more members of this branch of the family lived at different times in that era in houses in the warren of streets off Clanbrassil Street, in Little Jerusalem, in Portobello and around Charlemont Street. If I add to them their in-laws, their cousins and their nieces and nephews, it must have been impossible for any of them to walk along Clanbrassil Street any time of night or day without meeting and greeting another member of the Comerford family.

Little did I realise in the late 1950s and early 1960s that I was walking in their shadows, and in recent years I have tried to track the many houses they lived in and to photograph them.

In all those endeavours, two houses stood out as being impossible to photograph: No 76 and No 82 Lower Clanbrassil Street, and while I had a photograph of No 76 in ruins before it was demolished in the 1970s, I had no photograph of either house in their full standing.

That was until earlier this week when I was contacted by Manus O’Riordan, who grew up in Victoria Street in ‘Little Jerusalem’ and who shares my interest in this part of Dublin, including the stories of the Jewish community and the synagogues that once made this area the heart of Jewish Dublin until the mid-20th century.

Although the heart has been ripped out of Lower Clanbrassil Street by road widening and demolition in the 1970s, in the first half of the 20th century this was the heart of the Jewish community. The boundaries of ‘Little Jerusalem’ – if they were ever delineated – might be said to stretch from Clanbrassil Street to Donore Avene on the west, Windsor Terrace along the banks of the Grand Canal to the South, to the west side of Richmond Street and Kelly’s Corner, from there east to the junction with Charlemont Street, north behind the west front of Harcourt Street, then back through Pleasant Street, heading west towards the junction with Clanbrassil Street.

The area along Lower Clanbrassil Street and throughout ‘Little Jerusalem’ included Jewish shops and businesses, kosher butchers, a kosher bakery in Lennox Street, and a ritual slaughterhouse in Vincent Street. There was a women’s dispensary and a Jewish school in Bloomfield Avenue, with the Chief Rabbi’s home and office nearby. There were large synagogues on the South Circular Road and Adelaide Road, and were smaller synagogues in Walworth Road (now the Irish Jewish Museum), Saint Kevin’s Parade, and many of the other small side streets, including Saint Kevin’s Parade, Oakfield Place, Lennox Street, Lombard Street West, and on Camden Street. 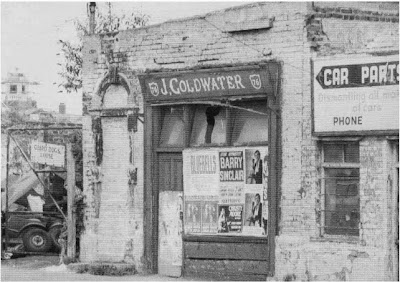 My grandfather’s first cousin, Robert Comerford (1855-1925), a nephew of my great-grandfather, was living at this house when he died in 1925. Robert was born in Newtownbarry (Bunclody), Co Wexford, and moved to Dublin with his brother Richard and his sister Mary after the death of their father, also Robert Comerford, in 1864.

Robert was a founding member of the Regular Stucco Plasterers’ Trade Union in 1893 with my grandfather and great-grandfather. He was living at 9 New Bride Street in 1881, when he married Margaret Walsh of 37 Cuffe Street in Saint Kevin’s Church. Her sister of Elizabeth Walsh, first wife of another cousin, also called James Comerford. 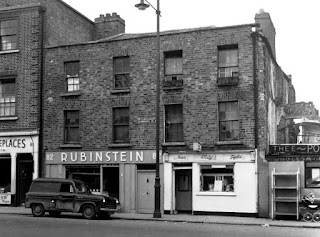 Manus O’Riordan also posted a photograph this week of No 82 Lower Clanbrassil Street. For a short time, No 82 was also the marital home of grandfather’s god-daughter Catherine Comerford, when she married Michael O’Brien.

My grandfather’s eldest brother, James Comerford and his wife Lena (Donovan) were the parents of three sons and two daughters, many of whom lived in the Clanbrassil Street or ‘Little Jerusalem’ area. Their second child, Catherine Mary, my father’s first cousin, was born on 21 April 1890, and when she was baptised in Saint Kevin’s on 25 April 1890 her godfather was my grandfather, Stephen Comerford. She married Michael O’Brien of 82 Lower Clanbrassil Street in Saint Kevin’s on 23 November 1931.

No 82 Lower Clanbrassil Street was Rubinstein’s butcher shop, opened in 1905 by Myer Rubinstein. His son, Philly Rubinstein, who continued the business, is credited by Ray Rivlin in Jewish Ireland, a social history with finding the site for Edmondstown Golf Club in the 1940s. The shop closed in 1979.

After World War II, many Jews from ‘Little Jerusalem’ moved to Manchester, London, New York and Israel. Due to increasing prosperity and the decline of Clanbrassil Street, those who remained in Dublin moved to areas like Terenure, Rathfarnham and Churchtown. There was only one surviving kosher shop on Lower Clanbrassil Street in the 1990s. The last to close was Ehrlich’s butcher shop at No 35, which opened in 1952 and finally closed in May 2001.

In a similar fashion, as members of the Comerford family found new prosperity in 20th century Dublin, the families of stuccodores and plasterers became surveyors and architects, and moved out to suburbs like Ranelagh, Rathmines, Rathgar, Harold’s Cross, Terenure and Rathfarnham.

These days, whenever I return to Clanbrassil Street, I bump into no Comerfords and no members of the Jewish community. But as I sip my coffee in one of the cafés along the street, I dream of how the children and the grandchildren of Muslims in this area are going to be integrated into Irish society over the next century or century and a half. 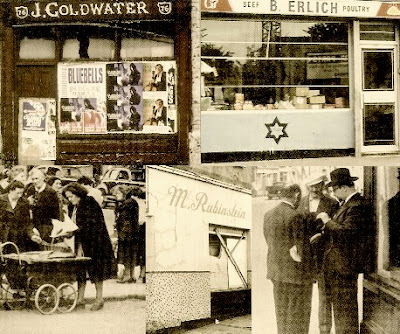 By the first half of the 20th century, Lower Clanbrassil Street was at the heart of the Jewish community