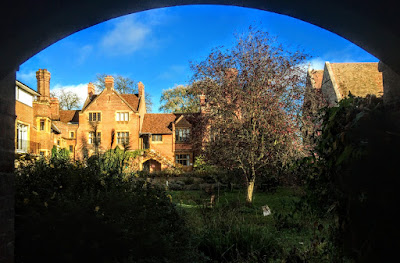 The chapel and buildings of Westcott House appear to form visual cloisters for neighbouring All Saints’ Church (Photograph: Patrick Comerford)

This morning (19 May 2021), my photographs are from Westcott House, Cambridge. This Anglican theological college on Jesus Lane was the venue for a residential meeting of USPG trustees in November 2015. I have also taken part in seminars in Westcott House organised by the Institute for Orthodox Institute for Christian Studies, which is based across the street at Wealey House, Jesus Lane, and I have visited Westcott House regularly when I have stayed around the corner at Sidney Sussex College.

During the residential meeting of USPG trustees in Westcott House, we met in the Knight Room, facing on one side onto Jesus Lane and out across the gardens of Jesus College, and on the other side onto the Front Court of Westcott House. We also took part the Community Eucharist in the college chapel.

Westcott was one of the Cambridge Triumvirate of Biblical scholars, alongside Joseph Lightfoot (1828-1899), who was Lady Margaret's Professor of Divinity at Cambridge and who preceded Westcott as Bishop of Durham, and the Dublin-born Fenton Hort (1828-1892), Hulsean Professor of Divinity in Cambridge. Together, they produced The New Testament in the Original Greek, which lead to the Revised Version, the Revised Standard Version and eventually the New Revised Standard Version (NRSV) of the Bible.

William Derrick Lindsay Greer (1902-1972) became the first Irish-born Principal of Westcott House in 1944. He was educated at Campbell College, Belfast, Saint Columba’s College, Rathfarnham, and Trinity College Dublin. He was the Secretary of the Student Christian Movement (SCM) in Britain and Ireland (1935-1944) before becoming the Principal of Westcott House. He later became Bishop of Manchester (1947-1970), and died in 1972.

Among the Irish alumni was Dr Maurice O’Connor (‘Con’) Drury was (1907-1976), who was an ordinand for just a year before he left Westcott House. Con Drury became a friend of the philosopher Ludwig Wittgenstein, while he was an undergraduate at Saint John’s College, Cambridge, and was instrumental in arranging Wittgenstein’s various visits to Ireland. 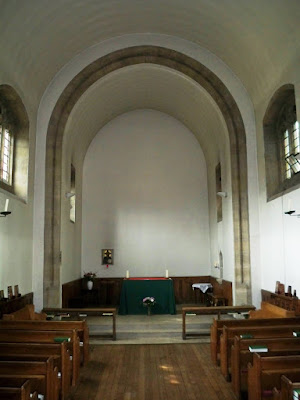 Inside the chapel of Westcott House (Photograph: Patrick Comerford)

Preparing for the Community Eucharist in the chapel of Westcott House (Photograph: Patrick Comerford)

Let us give thanks for religious communities, and the people who devote their lives to worship. May they have strength and peace in all they do. 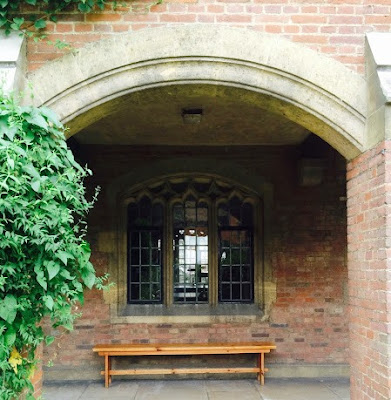 A quiet corner near the chapel in Westcott House, Cambridge (Photograph: Patrick Comerford) 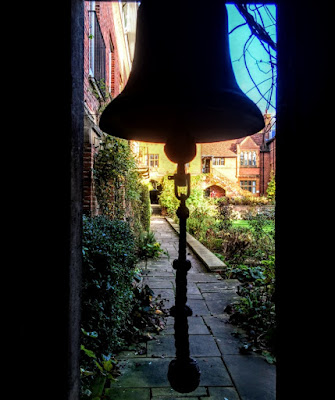 The bell at the chapel in Westcott House (Photograph: Patrick Comerford)