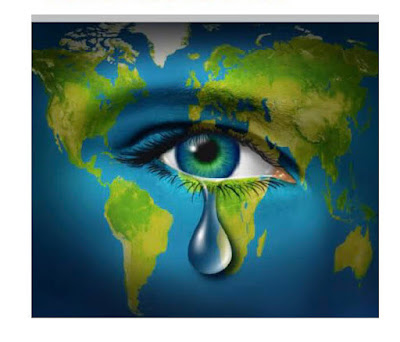 ‘The Cry of Creation: Creativity in the Church’ … an image used by some of the speakers at the USPG conference today

The Cry of Creation could be heard this morning throughout the presentations on the last day of this year’s annual conference of the Anglican mission agency USPG (United Society Partners in the Gospel).

This year’s conference theme has been ‘For Such a Time as This’ and the speakers today (21 July 2021) invited us to listen to ‘The Cry of Creation: Creativity in the Church.’

This morning’s Bible Study was led by Suchitra Behera, an Indian theologian working with the Diocese of Barishal in the Church of Bangladesh. She introduced us to Romans 8: 19-25, putting it in the present contexts of the global pandemic, climate change, racism, gender discrimination and violence.

We were asked whether we are discerning what the Spirit is saying in recent years, and she spoke of the cry of creation that Saint Paul speaks of:

‘For the creation waits with eager longing for the revealing of the children of God; for the creation was subjected to futility, not of its own will but by the will of the one who subjected it, in hope that the creation itself will be set free from its bondage to decay and will obtain the freedom of the glory of the children of God. We know that the whole creation has been groaning in labour pains until now; and not only the creation, but we ourselves, who have the first fruits of the Spirit, groan inwardly while we wait for adoption, the redemption of our bodies. For in hope we were saved. Now hope that is seen is not hope. For who hopes for what is seen? But if we hope for what we do not see, we wait for it with patience’ (Romans 8: 19-25, NRSVA).

Drawing on her own experiences and on the prophets and the Psalms, she gave examples of how the groaning of creation becomes a public protest:

How long will the land mourn,
and the grass of every field wither?
For the wickedness of those who live in it
the animals and the birds are swept away,
and because people said, ‘He is blind to our ways.

They have made it a desolation;
desolate, it mourns to me.
The whole land is made desolate,
but no one lays it to heart. (Jeremiah 12: 4, 11, NRSVA)

Creation is the victim, not the cause, of the futility that oppresses her, she told us. Drawing on the liberation theologian Leonardo Boff, she linked the cry of the earth and the cry of the poor.

But, on a hopeful note, she told us that to groan with creation is to hope for a new creation. Creativity in the Church leads to new life, and ‘creativity invites us to mission.’ 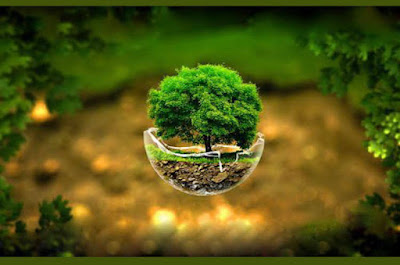 ‘Creativity invites us to mission’ we were told by Suchitra Behera

Bishop Carlos Simao Matsinhe of Lebombo in Mozambique, part of the Anglican Church of Southern Africa, also drew on Romans 8: 19-25 when he spoke about seeing creation in the light of redemption that is always holistic.

Referring to the Fifth Mark of Mission in the Anglican Communion, he spoke of the need to revise our theology of creation in a way that focusses on the integrity of creation.

Bishop Marinez Rosa dos Santos Bassotto, Bishop of the Amazon, a diocese in the Anglican Episcopal Church of Brazil, spoke of the present crises in Brazil shaped by the pandemic, the assaults on the environment and the assaults on indigenous communities.

These assaults are marked by greed, deepening inequalities, and damaging the environment and human life. Deforestation is taking place at a record rate, there is widespread illegal mining, and indigenous communities are being assaulted violently.

Yet she spoke joyfully too of a church that is responding ecumenically and that is really embodying the Fifth Mark of Mission: ‘To strive to safeguard the integrity of creation, and sustain and renew the life of the earth.’

Bishop Graham Usher of Norwich in the Church of England, drew on the opening word of the Rule of Saint Benedict – ‘Listen’ – as he urged us to listen to the groan and cry of creation, to listen to the cry of the dispossessed, and to listen to God’s voice on how we can live more simply so that others might simply live.

Earlier this morning, our worship was led by children from the Oxford Diocesan Board for Schools, who expressed their wonder at the beauty of this earth, but also expressed their anger at litter, pollution, the effect of greenhouse gases and climate change, and a word in which the poorest communities suffer most. ‘We cannot continue like this,’ we were told. 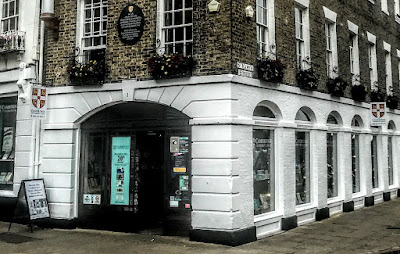 Cambridge University Bookshop is the oldest bookshop site in Britain, selling books from the oldest publisher in the world (Photograph: Patrick Comerford)

This was my last conference as a trustee of USPG, and I had hoped to attend it in person at the High Leigh Conference Centre near Hoddesdon in Hertfordshire. But the conference organisers decided some weeks ago, quite wisely, in the light of the pandemic to make this a ‘virtual’ conference.

I was even looking forward to an afternoon browsing in the bookshops in Cambridge, wondering whether there is still anu wisteria left this year in Sidney Sussex College, or strolling along the Backs in the summer sunshine.

It was as warm in Cambridge this afternoon as it was in Askeaton, and I was booked onto a Ryanair flight from Stansted to Dublin later tonight.

But there will be other opportunities to return to the bookshops of Cambridge, and more USPG conferences to attend in person in the future, hopefully.

Browsing in the bookshops in Cambridge in afternoon sunshine in July two years ago (Photograph: Patrick Comerford, 2019)