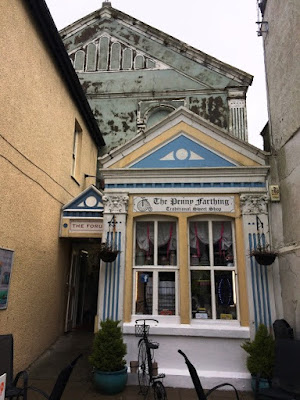 
Each morning in the time in the Church Calendar known as Ordinary Time, I am reflecting in these ways:

My theme on this prayer diary for the rest of this week is cathedrals and churches in Wales. As part of my reflections and this prayer diary this morning, my photographs today (19 November 2021) are from former Welsh Chapels in Beaumaris on the island of Anglesey. 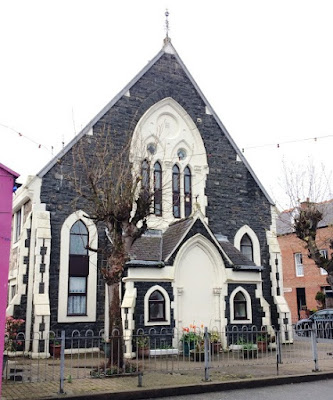 During this week in this prayer diary, I have been looking at Welsh churches and cathedrals. But, in the past, I have also wondered about Welsh Chapels, and whether the Welsh Chapel tradition is dying.

Everywhere one goes in Wales, in urban and rural areas alike, the streetscapes and the landscapes seem to be dominated by the Chapel. Large and small buildings dot the towns and the countryside, generally with two entrance doors, one for men and one for women.

Indeed, travelling through North Wales in the past, I have wondered how many of the small town and villages I passed took their Biblical-sounding names from the chapels they grew up around: Bethesda, Bethel, Carmel, Golan, Nasareth (sic), Nebo …?

Out of this movement, the Revd Thomas Charles (1755-1814), a former Anglican priest, was a leading figure in the separation from the Church of England in 1811, when ministers were ordained in Bala, close to Frongoch, and in Llandeilo. The divisions were formalised when the Calvinistic Methodist Presbyterian Church of Wales was established in 1823.

But the 18th century revival also benefitted the older, non-conformist or dissenting churches, including the Baptists and the Congregationalists, who experienced fresh growth. As a result, Wales was a predominantly nonconformist country by the mid-19th century.

The 19th century was the golden age of Welsh nonconformity, and the villages and towns that grew up around the new chapels became citadels of dissent. A census in 1851 showed that 80% of those who attended a place of worship on Census Sunday in Wales were Nonconformists.

But the ‘chapel’ label was applied in Wales to many other traditions too, including the Unitarians and even, at times, the Quakers.

But recent decades have seen a gradual decline of Christianity throughout Wales. Walking through the streets of Beaumaris, Bangor and other parts of North Wales, I have wondered how severe is the decline in the Welsh Chapel tradition?

In Beaumaris, on the one street, I have noticed how at least two former citadels from the Welsh Chapel tradition have been converted in recent years to serve non-religious functions.

Nearby, the Capel Seion Welsh Congregational Church was built on the corner of Steeple Lane and Chapel Street in 1821. It replaced an earlier Capel Seion, which was built in 1784 and was the earliest non-conformist foundation in Beaumaris. But Capel Seion (Zion Chapel) closed some years ago too and it too has been converted into housing. But it was once a typical, almost classical Welsh Chapel, built in the Italianate style.

The Welsh Chapel tradition has made rich contributions to the wider Church through its enthusiastic hymns and songs.

I would cringe to think that visitors to Ireland might judge the state of the health of the Church by looking at closed churches dotting the countryside or former churches in our towns and cities that have been converted into shops, garages, restaurants and showrooms. But if the Welsh Chapel Tradition is dying, it will be a loss to the whole wider church. 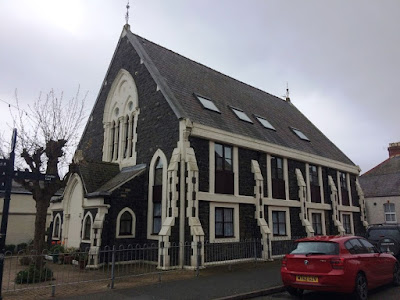 45 Then he [Jesus] entered the temple and began to drive out those who were selling things there; 46 and he said, ‘It is written,

The Prayer in the USPG Prayer Diary today (19 November 2021) invites us to pray:

Let us pray for the Church in the Province of the West Indies, comprised of eight dioceses across the Caribbean. 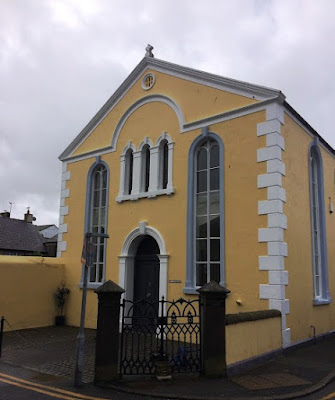 The former Capel Seion was a Welsh Congregational Church but has been converted to housing (Photograph: Patrick Comerford)