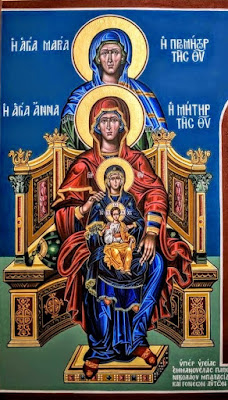 Storm Barra seems to have abated overnight, and today is probably going to be another busy day, continuing until late in the day with a meeting of a school board in Rathkeale later this evening.

Before this busy day begins, I am taking some time early this morning (8 December 2021) for prayer, reflection and reading. 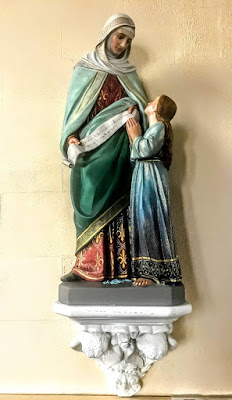 This celebration only became known as the Feast of the Immaculate Conception in the Roman Catholic calendar in 1858. When I was younger and living in Wexford, this was a day when all shops closed, and was an opportunity for many people to go to Dublin for pre-Christmas shopping.

Of course, the Gospels do not mention the birth and infancy of the Virgin Mary. Nonetheless, early Christians thought that, like Saint John the Baptist, her birth too must have had something of the miraculous. This is reflected in the Protoevangelium of James, an apocryphal second century infancy gospel. A strong devotion to Saint Anne – and by extension to Saint Joachim – developed in the East, and a number of churches were dedicated to them.

After the Norman Conquest, the feast was suppressed when Archbishop Lanfranc of Canterbury reorganised the Church calendar.

In the early 12th century, Osbert de Clare, Prior of Saint Peter's Abbey, Westminster, tried to reintroduce this Anglo-Saxon feast at Westminster Abbey. A number of monks objected but the Council of London in 1129 decided in favour of the feast, and Bishop Gilbert of London adopted it for his diocese. Other abbeys and cathedrals followed, and the feast spread throughout England.

The Churches in the East and in the West focus on different aspects of the feast. On 9 December, the East celebrates the miracle of God taking away the barrenness of Anna’s womb, while on 8 December the Western Church emphasises the Virgin Mary’s purity from her conception. In the Greek Orthodox Church, this feast is called ‘the Conception by Saint Anne of the Most Holy Theotokos.

In the understanding of the Eastern Church, the Virgin Mary is conceived by her parents as all conceived. But, in her case, it is a pure act of faith and love, in obedience to God's will, as an answer to prayer:

Come, let us dance in the spirit!
Let us sing worthy praises to Christ!
Let us celebrate the joy of Joachim and Anna,
The conception of the Mother of our God,
For she is the fruit of the grace of God.

In the papal bull Commissi Nobis Divinitus, Pope Clement XI made this a Holy Day of Obligation in 1708. But it was not until Ineffabilis Deus in 1858 that Pope Pius IX declared the Immaculate Conception of the Blessed Virgin Mary as a dogma.

While the Eastern Church recognises the exceptional holiness of the Virgin Mary, and celebrates her as immaculate (achrantos), it does not agree with the Roman Catholic understanding of the Immaculate Conception. Indeed, the Orthodox Church has never subscribed to notions of original sin and hereditary guilt taught by Augustine of Hippo.

The Feast of Saint Anne is celebrated on 26 July. When I was growing up in Cappoquin, Co Waterford, the two parish churches shared the one triangular piece of land: Saint Anne’s, the Church of Ireland parish church, and Saint Mary’, the Roman Catholic parish church.

In the Church of England and many other parts of the Anglican Communion – but not in the Church of Ireland – the Conception of the Blessed Virgin Mary may be observed as a Lesser Festival on 8 December. 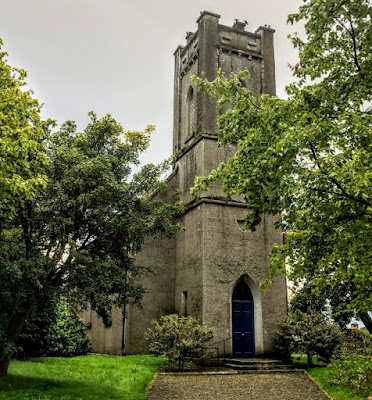 The Prayer in the USPG Prayer Diary today (8 December 2021) invites us to pray:

We celebrate the power of education. May children and adults alike be provided with opportunities to learn throughout their lives.