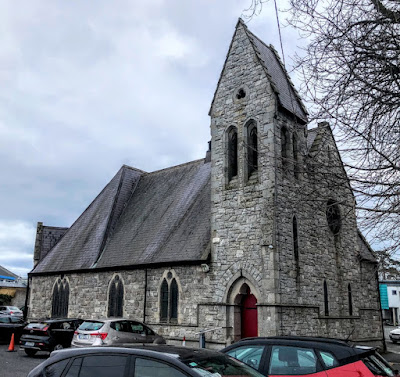 The Church of Ireland parish church at Kill o’ the Grange stands at a key junction in the Deansgrange, Clonkeen and Foxrock area (Photograph: Patrick Comerford, 2022)

The Church of Ireland parish church at Kill o’ the Grange stands at a key junction in the Deansgrange, Clonkeen and Foxrock area, making it a landmark building in that part of south Dublin. It is one of the leading evangelical churches in the Church of Ireland. Although it was built in 1863-1864, the church and parish are said to date back to the 11th, or even the sixth, century.

Kill o’ the Grange is said to be associated with Saint Finnian of Clonard. Although the ruins of an ancient church in the parish date from the 11th century, parts of it may date to the sixth century as they are similar to remains found at Glendalough. The church was originally a simple oblong building, now represented by the ruined nave, and a chancel and belfry were later added. The site also includes a bullaun and holy well.

In the Middle Ages, the parish belonged to the Priory of the Holy Trinity or Christ Church Cathedral, Dublin, and included chapels at Carrickbrennan and Stillorgan. 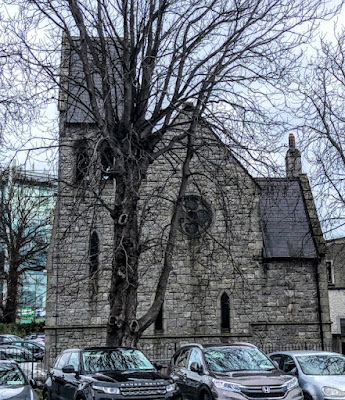 Church records give a vivid picture of the 14th century monastic site at Clonkeen or Kill o’ the Grange, and describe the building of a kiln house with a thatched roof and wattle and daub walls. The grange was built from timber bought from the native Irish, probably in the Dublin Mountains.

At the Reformation, the church at Grange passed to the Deans of Christ Church Cathedral, who appointed the vicars, beginning with the Revd John Callan in 1542.

The area is home to a number of historic houses, including Kill Abbey, originally built in 1595 by John Usher. The house is now much modified but still represents the oldest house in the Dun Laoghaire Rathdown area.

During the Cromwellian period, the church at Kill was in ruins. It was never used again, and the parish was incorporated into Monkstown parish. 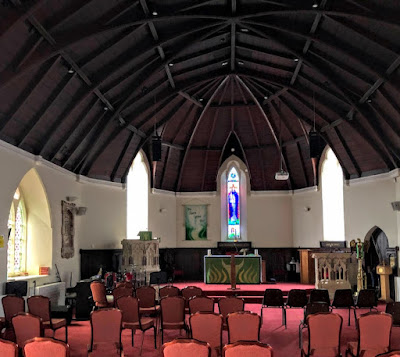 A new parish was constituted on 24 October 1862, the Revd Thomas Wallace was appointed the first incumbent that year. Until 1870, the appointment of the incumbent was in the gift of the Dean of Christ Church Cathedral, who was also the Rector of Monkstown until the disestablishment of the Church of Ireland.

A new church was designed in 1863 by William John Welland (1832-1896) and William Gillespie (1818-1899), architects to the Ecclesiastical Commissioners of the Church of Ireland. The church was built under the supervision of James McAllister, and James Douglass was the contractor. The foundation stone was laid in July 1863, and the church was consecrated a year later, on 26 July 1864.

The design by Welland and Gillespie may have influenced the designs by Sir Thomas Newenham Deane (1827-1899) of Holy Trinity Church in Westport, Co Mayo (1869-1871).

The church is built on a rectangular plan with a double height apse, a nave, chancel, south porch and robing room, and a belfry in the north-west angle. A font from the mediaeval Grange Church was reclaimed when the new church was being built, the oak in the church is reclaimed ‘Irish Oak formerly part of the roof of Trinity College Dublin 1698.’ 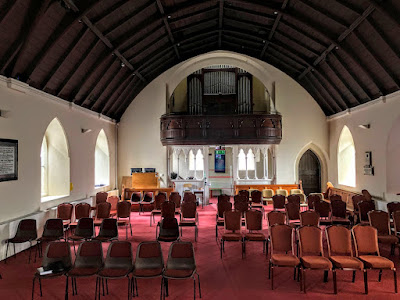 The church is built on a rectilinear plan with a four-bay double-height nave opening into single-bay, double-height apse on an engaged half-octagonal plan. There is a single-bay, three-stage engaged tower on a square plan at the north-west corner.

The rock-faced surface finish is offset by silver-grey that shows good quality workmanship and produces a two-tone palette. The slender profile of the windows underpin a mediaeval Gothic theme. The gabled tower and high-pitched roof, according to the Dublin Builder in 1864, present ‘elevations preparatory to the formation of transepts when required.’

Those transepts were never built, but the church has been well maintained, and substantial quantities of the original fabric remain, outside and inside.

Inside, the fittings and features include a pipe organ built in 1907 by Peter Conacher and Company of Huddersfield and Dublin; contemporary joinery; the exposed timber roof; and a timber-boarded choir gallery at the west end on an elliptical plan supporting the timber panelled pipe organ in a round-headed alcove. 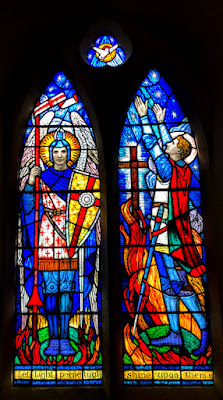 The windows in the church include lancet windows in bipartite and tripartite arrangements and a quatrefoil Rose Window at the west end.

The two-light War Memorial Window (1947), with the inscription ‘Let light perpetual shine upon them,’ was designed by Catherine O’Brien.

A wall monument recalls the Revd Thomas Wallace, by whose ‘efforts the church and schoolhouse were erected. Another memorial recalls Edwina Katherine Beresford and Amelia Mary Selina Bereford, sisters who died on the same day, 11 March 1926, and their brother, Frederick John Isaac Beresford, who died on 15 October 1929.

The church was reroofed in 2005. In recent years, the timber pews have been removed, and the floor is carpeted.

Recent rectors of Kill o’ the Grange have included Canon Billy Gibbons (1972-1995), and the Right Revd Ferran Glenfield, now Bishop of Kilmore, Elphin and Ardagh. The present rector is the Revd Alan Breen. 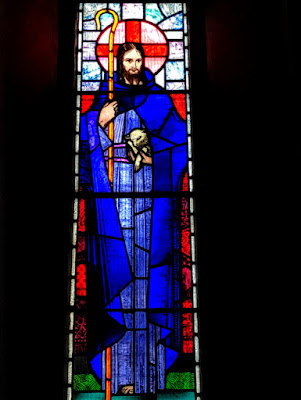