Calverton Limes is one of the many major houses in Stony Stratford designed by the local architect Edward Swinfen Harris. Until recently, this landmark building at 18 and 20 London Road was known to many as the Working Men’s Social Club, but it also has interesting links with the Trevelyan family, who lived for a time in the house.

The story of the Trevelyan family has links with the Irish Famine, colonialism in India, and social and educational reforms in Stony Stratford and Wolverton.

Calverton Limes is dated 1870, and was designed in an ornate and mannered Victorian ‘vernacular’ style. It was built in two and three storeys in three irregular blocks, faced in cobbled, herringbone and upright-laid limestones divided by rubble lacing courses.

The brick dressings and quoins are offset by a low plinth, there are scallop tiles laid in horizontal colour bands, and a crested ridge, with a ridged chimney on No 18.

The left-hand block, No 20, has a gable end to the street. The architectural features include a bargeboard, a bay window with sash windows.

The recessed central block has raised top-lighting. There are two high windows with terracotta shafts and slightly pointed heads. The ground floor projects with a lean-to roof. The central ornamental entrance has a pointed arch, roof shafts, buttresses and raised gable, and there are panelled double doors.

No 18, the right hand block, breaks forward again. This part of the building is of two storeys, with two attic windows with pointed relieving arches.

There are light sashes on the first floor, with a brick mullion on the left. The ground floor has a five-light rectangular bay to the right. There are three light sashes in the attic with half-timbered gables.

The return on the north-west side has much decorative brick work and a half-timbered gable with a moulded wood bargeboard.

Calverton Limes was built for William Cole Daniell, a local surgeon. Later, the Revd William Pitt Trevelyan (1812-1905) lived there. Subsequently, it became the home of Colonel LC Hawkins, a local magistrate. In more recent decades, this was the Working Men’s Club. It has since been converted into apartments.

But Calverton Limes also provides an introduction to the interesting story of the Revd William Pitt Trevelyan, who was the Rector of both Old Wolverton and Calverton.

William Pitt Trevelyan was born on 31 March 1812, the youngest of nine children of the Ven George Trevelyan (1764-1827), Archdeacon of Taunton, and Harriet (née Neave). Four of those sons were priests in the Church of England, although the most famous son was undoubtedly Sir Charles Edward Trevelyan (1807-1886), a prominent civil servant and colonial administrator who was instrumental in reforming the Civil Service in the 1850s.

However, Charles Trevelyan’s reforming legacy is largely overshadowed by his controversial role in the government response to the potato blight in Ireland and the subsequent Great Famine in the 1840s, when he expressed anti-Irish racist sentiments while administrating Famine relief.

Trevelyan, who was Assistant Secretary to the Treasury (1840-1859), was slow to disburse direct government food and monetary aid because of his strong belief in laissez-faire economics and the free hand of the market. He wrote highly disparagingly about Irish people, claiming ‘the judgement of God sent the calamity to teach the Irish a lesson.’

He is named in the song ‘The Fields of Athenry’ written in 1979 by Pete St John, a popular anthem for all Irish sports fans. The lyrics say the convict’s crime was that he ‘stole Trevelyan’s corn.’ 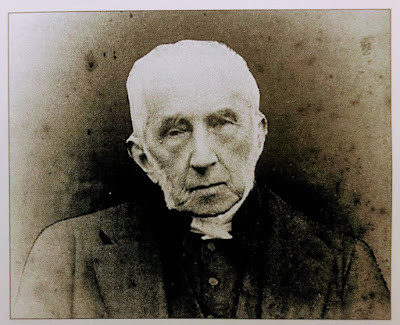 Charles Trevelyan’s youngest brother, the Revd William Pitt Trevelyan (1812-1905) of Stony Stratford, had very different social and economic values. He was born in Nettlecombe, Somerset, where his father was rector, and was educated at Eton and Worcester College, Oxford (BA 1855, MA 1857). He was the perpetual curate or vicar of Broomfield, Somerset (1853-1856), before becoming the Vicar of Wolverton (1856-1872) and of Calverton (1859-1881), both in Buckinghamshire and in the Diocese of Oxford.

Before coming to Stony Stratford, Trevelyan married Maria Pleydell-Bouverie, daughter of the Hon Philip Pleydell-Bouverie and Maria à Court, in 1852. She was closely related to one of the leading figures in the Oxford Movement, the Revd Edward Bouverie Pusey (1800-1882): her grandfather was his first cousin.

When Trevelyan came to Calverton, it covered the west side of Stony Stratford and was known as one of the first Tractarian parishes in this part of Buckinghamshire. Many of the Tracts for the Times were planned in the old vicarage, where the regular visitors included Cardinal Henry Manning; both Newman and Pusey preached from the pulpit and Pusey celebrated at the altar in All Saints’ Church.

The neighbouring Parish of Wolverton covered much of the east and south sides of Stony Stratford, and in 1868 the parish established Saint Mary the Virgin on London Road as a daughter church. The church was designed by the architect Sir George Gilbert Scott, and a vicarage, two curate’s houses, now known as Jesuan House, and a Parish Hall were built also.

Saint Mary’s became a parish in its own right, and its priests were supporters of the Tractarian and Anglo-Catholic movements in the Church of England. Some of the priests were persecuted for what were regarded as ‘ritual offences’ and one was deprived of his living for these practices.

Trevelyan was instrumental, alongside John Worley and others, in inaugurating the Stony Stratford Dispensary and the Cottage Hospital, although the cottage hospital later closed and was replaced by a hospital fund.

Maria (Pleydell-Bouverie) Trevelyan died on 9 October 1903; William Pitt Trevelyan was 93 when he died on 22 December 1905 in Potterspury, Northamptonshire. Three of their four children were priests in the Church of England.

Trevelyan’s eldest son, the Revd William Bouverie Trevelyan (1853-1929), was born in Calverton. He was educated at Trinity College, Cambridge (BA 1876, MA 1879), and was ordained deacon in 1877 and priest in 1878. He was his father’s curate in Calverton and then Vice-Principal of Ely Theological College, before becoming Vicar of Saint Matthew’s, Westminster, for 23 years (1884-1907).

His incumbency marked a period of much development at Saint Matthew’s and he built on the foundations laid by his two predecessors. CB Mortlock in Famous London Churches (1934) says it was Trevelyan ‘who was to make Saint Matthew’s famous.’

Trevelyan’s curate there from 1896 to 1898 was Frank Weston, who would become Bishop of Zanzibar and one of the foremost leaders of the Anglo-Catholic movement and an inspirational figure in the Universities’ Mission to Central Africa (UMCA), now part of the Anglican mission agency USPG (United Society Partners in the Gospel).

Weston’s combination of incarnational and sacramental theology with radical social concerns formed the keynote of his address to the Anglo-Catholic Congress in 1923. He believed that the sacramental focus gave a reality to Christ’s presence and power that nothing else could.

A Bishop of London said: ‘Trevelyan was a true saint, if ever there was one, I always felt even to look at him did one good.’ He was an Anglo-Catholic, but he was tolerant of other views in the Church, and once said: ‘I have always recognised that the Prayer Book is capable of two interpretations and if I am allowed scope for mine, I cheerfully allow other people to have theirs.’

After leaving Saint Matthew’s, Westminster, Trevelyan was Warden of Liddon House and warden of the retreat house at Beaconsfield, Kidlington, Oxford (1914-1927). He died in 1929. 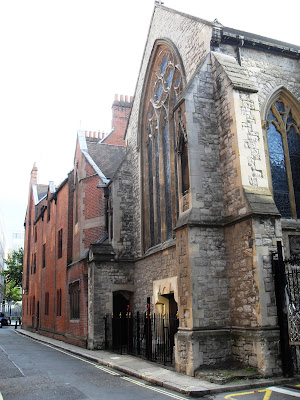 Throughout their lives, John Charles Trevelyan and his brothers were in correspondence with their cousin the historian George Macaulay Trevelyan (1876-1962), Regius Professor of History at Cambridge (1927-1943), Master of Trinity College, Cambridge (1940-1951), and Chancellor of Durham University. Their correspondence is archived in Trinity College, Cambridge.

William Pitt Trevelyan’s third son, the Revd George Philipp Trevelyan (1858-1937), was born in Wolverton. He was also Vicar of Wolverton Saint Mary’s in Stony Stratford from 1885. Later, he was Vicar of Saint Alban’s, Hindhead, in Surrey, and Saint Stephen’s, an Anglo-Catholic parish in the centre of Bournemouth (1911-1928).

His son, Humphrey Trevelyan (1905-1985), Baron Trevelyan, was a leading colonial administrator, diplomat and writer. He began his career in India, and moved to the Diplomatic Service at Indian independence in 1947, and had a distinguished career during which he was ambassador in Beijing after the Revolution, Egypt during the Suez crisis, Iraq during the attempt to annex Kuwait in 1961, and the Soviet Union, and the last high commissioner of Aden.

The members of the Trevelyan family in the 19th and 20th centuries provided interesting links between church life in Stony Stratford, Calverton and Wolverton not only with ‘Trevelyan’s Corn’ and the Irish Famine, but also with political, social and economic life across the globe.