No low numbers on Low Sunday 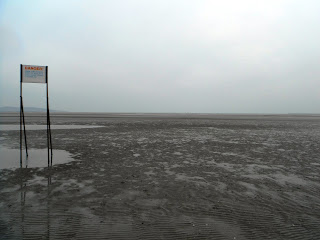 The Second Sunday of Easter is traditionally known as Low Sunday. In the past this Sunday has also been known as Saint Thomas Sunday, because the Gospel reading recalls the story of “Doubting Thomas,” and as Quasimodo Sunday or Quasimodogeniti.

The name Quasimodo comes from the Latin, quasi modo (“as if in [this] manner”) and the text of the traditional Introit for this day, which begins: Quasi modo geniti infantes, rationabile, sine dolo lac concupiscite, ut in eo crescatis in salutem si gustastis quoniam dulcis Dominus , “As newborn babes desire the rational milk without guile, Rejoice to God our helper. Sing aloud to the God of Jacob” (see I Peter 2: 2).

In other words, the Resurrection has given us the gift and the promise of new birth.

Quasimodo, the poor hunchback who gives his name to the English title of Victor Hugo’s novel The Hunchback of Notre Dame (1831) was found abandoned on the doorsteps of Notre Dame Cathedral in Paris on this Sunday in 1467.

The archdeacon, Claude Frollo, who was Quasimodo’s adoptive father, “baptised his adopted child and called him Quasimodo; whether it was that he chose thereby to commemorate the day when he had found him, or that he meant to mark by that name how incomplete and imperfectly molded the poor little creature was. Indeed, Quasimodo, one-eyed, hunchbacked, and bow-legged, could hardly be considered as anything more than an almost …”

The name “Low Sunday” is sometimes said to derive from the relative unimportance of the liturgical celebration on this Sunday compared to the high solemnities of last Sunday, Easter Day.

Traditionally, cathedral clergy and choirs have taken a holiday this week after the intensity of Lent, Palm Sunday, Holy Week and Easter.

Having spent Good Friday, Holy Saturday and Easter Day in Lichfield Cathedral, I was back in Christ Church Cathedral, Dublin, this morning, and presided at the Eucharist. Much of the cathedral, including the side aisles, the choir and the crypt, are closed off for filming a television drama, Mary Queen of Scots, as well as most the grounds.

There are heavy cables for sound and lighting everywhere, and large vans parked in the cathedral grounds. At first it looked uninviting, but the Cathedral was packed this morning, and numbers were not low for this Low Sunday. A large group of Danish students added to the numbers at the Eucharist this morning.

The setting was the Mass for Four Voices by William Byrd (1540-1623), sung by the Past Choristers, and the preacher was the Archdeacon of Dublin, the Ven David Pierpoint.

Afterwards, coffee was served in the Chapter Room instead of the crypt, and as we squeezed into this smaller space, the numbers present this Low Sunday seemed even higher.

Later, four of us went to lunch in Beirut Express in Dame Street, and two of us then went for a short brisk beach walk in the cold on Sandymount Strand. The tide was out, and we could see as far as Howth Head and Dun Laoghaire. But the skies, the waters and the sands looked grey in the cold, and a short walk became even shorter.

There was no Choral Evensong in Christ Church Cathedral this evening. But the Cathedral Choir returns for Choral Evensong at 6 p.m. next Thursday [11 April] and the cathedral reopens to visitors on Friday morning [12 April].

Lord God our Father,
through our Saviour Jesus Christ
you have assured your children of eternal life
and in baptism have made us one with him.
Deliver us from the death of sin
and raise us to new life in your love,
in the fellowship of the Holy Spirit,
by the grace of our Lord Jesus Christ.

Posted by Patrick Comerford at 19:59