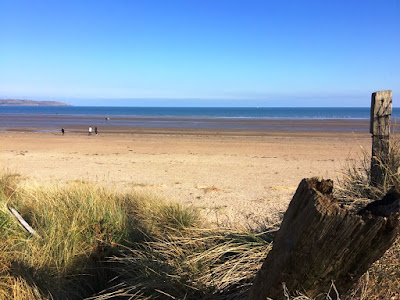 Mediterranean Spring colours on the beach in Donabate this afternoon (Photograph: Patrick Comerford, 2016)

We celebrated Palm Sunday in Christ Church Cathedral, Dublin, with the Palm Sunday procession beginning in the Cloister Garth.

Canon David Gillespie presided at the Eucharist, sung by the Cathedral Choir to the setting of William Walton’s Miss Brevis, and with a dramatic Gospel reading (Luke 22: 14 to 23: 56). There was music too by Ralph Vaughan Williams, John Ireland and Thomas Tallis:

Deck thyself, my soul, with gladness,
leave the gloomy haunts of sadness,
come into the daylight's splendour,
there with joy thy praises render
unto him whose grace unbounded
hath this wondrous banquet founded;
high o'er all the heavens he reigneth,
yet to dwell with thee he deigneth.

Later seven of us had lunch in the Larder in Parliament Street, a close walk away from the cathedral.

In the warm Spring sunshine, under a clear blue sky, there was a summer look to the day, but I was surprised earlier this morning when the daily Google Doodle reminded me that today was the first day of Spring 2016.

If Irish people enjoy hailing “a grand stretch in the day” from 1 February onwards, Spring did not arrive in Dublin last month, and I remember the first week of February this year felt a lot more like the continuing days of winter. 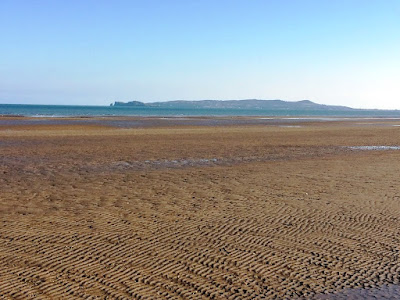 Looking towards Ireland’s Eye and Howth Head from the beach in Donabate on the first day of Spring 2016 (Photograph: Patrick Comerford, 2016)

But today truly marks the beginning of the astronomical spring in the Northern Hemisphere with the Spring or vernal equinox. The March equinox marks the moment the Sun crosses the celestial equator – the imaginary line in the sky above the Earth’s equator – from south to north. This happens on 19, 20 or 21 March every year, and happened today [20 March] this year.

With a spring in our steps, two of us went out to Donabate in Fingal in north Co Dublin after lunch for a walk on the beach.

There was a slight chill in the air, but there were no clouds, and the sun was strong enough to feel on my face.

With golden sands, blue skies and blue seas, this was like a Mediterranean Spring scene, and I found myself looking forward to a beautiful, sun-kissed summer. 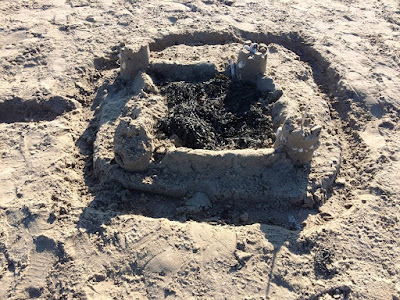 A taste of the summer to come? … a sandcastle on the beach in Donabate this afternoon (Photograph: Patrick Comerford, 2016)

Halfway along the walk along the lengthy beach, from the Martello Tower south towards the estuary that separates the Donabate/Portrane Peninsula from Malahide, a child had built the first sandcastle I have seen on a beach this year. 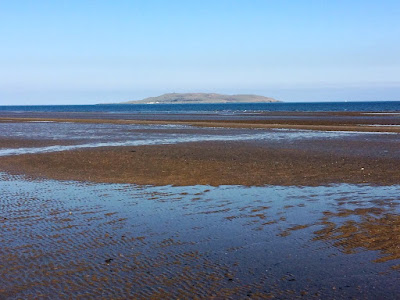 Looking out towards Lambay Island from Donabate Beach this afternoon (Photograph: Patrick Comerford, 2016)

Back in Donabate, we had double espressos in Mrs Jones Farm Kitchen before heading back to the southside. Now that “there’s a grand stretch in evenings” and Spring has arrived, hopefully Summer is not too far behind. 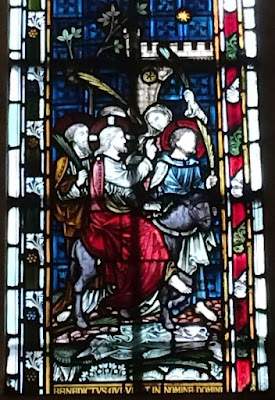 Posted by Patrick Comerford at 19:23