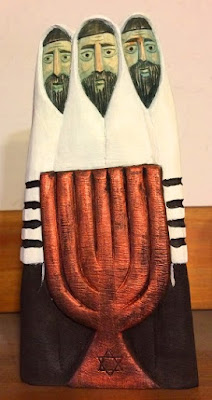 I am presiding at the Eucharist in the Chapel of the Church of Ireland Theological Institute this evening [15 March 2017]. The members of the Association of Missionary Societies (AMS) who are meeting in CITI this afternoon are joining us for our Community Eucharist this evening, and John Young of the Wycliffe Bible Translators is preaching.

We are using the Readings, Collect and Post-Communion Prayer of last Sunday [12 March 2017], the Second Sunday in Lent, as well as the Lenten Kyries, Preface and Blessing.

These illustrations and these notes are part of the brochure produced for this evening:

This evening, we welcome the members of the Association of Missionary Societies who have been meeting here this afternoon. This evening’s readings, collect and post-communion prayer are those for the Second Sunday in Lent. As we are in Lent, we are not singing Gloria this evening.

Processional Hymn: We are singing verses 1-13 of ‘The God of Abraham praise’ (Church Hymnal, 323) as our processional hymn. This by Thomas Olivers (1725-1799), who was inspired to write this hymn after hearing the Jewish Yigdal sung in Duke’s Place Synagogue in Westminster in 1770. Praying for the Messiah to come is a daily part of prayer in Judaism, and at the heart of Jewish prayer life is a prayer known as the Amidah (18 Blessings). It is often said three times a day, and includes: ‘The offspring of your servant David may you speedily cause to flourish.’ The Yigdal, which is part of daily morning prayers in many congregations, focuses on the 13 Articles of Faith that Maimonides (1130-1205) says every Jew should believe in.

Gradual: ‘I heard the voice of Jesus say’ (Church Hymnal, 576) is by the Scottish hymn-writer Horatius Bonar (1808-1889). The tune ‘Kingsfold’ was adapted for this hymn from an English folk song and arranged by Ralph Vaughan Williams (1872-1958). Kingsfold is a village near Horsham in Sussex where Vaughan Williams first heard this tune. But this tune is found in folk music throughout these islands, and a variant has become familiar in Ireland as the tune for ‘The Star of the County Down.’

Offertory: ‘Praise to the Holiest in the height’ (Church Hymnal, 108) was written by John Henry Newman (1801-1890) as part of his poem ‘Dream of Gerontius’ (1865), in which an old man reflects on his impending death. It later became an oratorio, with a setting by Sir Edward Elgar. The tune ‘Gerontius’ was written for this hymn by the Revd John Bacchus Dykes.

Post Communion Hymn: ‘The God of Abraham praise’ (verses 4-5). The tune is a Hebrew melody Olivers heard from sung by Meyer Lyon (Meier Leoni), the cantor of the Great Synagogue. Jewish tradition says the Yigdal was sung to this tune at the dedication of Solomon’s Temple … although the tune probably dates from only the 17th century. 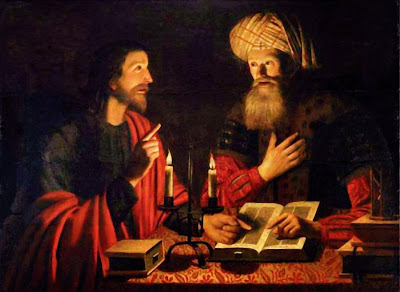