May I speak to you + in the name of the Father, and of the Son, and of the Holy Spirit, Amen.

This Sunday, the Second Sunday of Easter, has a number of names that introduce us to important Christian values, ideas and concepts.

In the Eastern Churches, this day is known as Thomas Sunday, because of the dramatic story about the Apostle Thomas in our Gospel reading this morning.

In some places, including parts of France and Germany, this day is called ‘Quasimodo Sunday.’ The Latin introit for the day begins: ‘Quasi modo geniti infantes ...,’ ‘Like new-born infants ...,’ words from I Peter 2: 2 reminding newly-baptised Christians and all baptised members of the Church that we have been renewed, like new-born infants, in the waters of Baptism.

Quasimodo, the sad hero in Victor Hugo’s novel, The Hunchback of Notre Dame (1831), was abandoned as a new-born baby in Notre Dame Cathedral in Paris on this Sunday, and so was given the name Quasimodo by Archdeacon Claude Frollo who found him.

Perhaps Quasimodo and his love for Esméralda would make a wonderful sermon topic some day. It is a story of how people are often judged, and judged wrongly, because of their looks, their clothes and their social status. Quasimodo is despised because of the large, ugly wart on his face and his disfigured body, and he is ridiculed for his inarticulate speech and for his deafness. And Esméralda fails to appreciate the true beauty and undying nature of the love Quasimodo offers her.

Esméralda, for her part, despite her beauty, her compassion and her talents, is despised because of her ethnic background, her manners and her clothes: those who see her first see her as a gypsy, and so is side-lined and objectified. You might expect an anchorite to be a holy woman, but even Sister Gudele, figuratively representing the Church, curses the gypsy girl who is her true daughter, while Archdeacon Frollo’s all-consuming lust and desire for Esméralda run contrary to the ideals of his ministry and the mission of the Church.

Yet, there is a hint at the Easter theme in this story: Phoebus is not dead, Esméralda is put on trial and sentenced to death unjustly, and is saved from death by Quasimodo. In the end, despite its sadness, it is love and not death that has the final triumph in The Hunchback of Notre Dame.

Victor Hugo may be a little old-fashioned today, but Quasimodo and Esméralda have important lessons and values for us today. Beauty is not merely in the eye of the beholder, and seeing is not always believing. Quasimodo may appear to be ugly, but his love is pure and has an eternal quality. Esméralda appears to be beautiful, but those who are stirred to passion on seeing her put little value on love, respect and inner integrity.

Are we are happy to live in a society where a fiscal lack of accountability on the part of politicians, and where obvious obfuscation are accepted instead of honest explanation or confession, as long as my future continues to look prosperous and I continue to be guaranteed a slice of the economic cake?

But appearances often deceive. Those who appear to be ugly are not so due to any fault or sinfulness, and they are often gentle and good-at-heart. Those who appear to be beautiful may threaten our personal confidence and security. And those who appear to guarantee economic, social or political stability may simply be serving their own needs and interests – as Esméralda finds out with Captain Phoebus and the jealous Archdeacon Frollo.

In life, how often do we fail to make the vital connection between appearances and deceptions on the one hand, and, on the other hand, between seeing and believing?

Quiet often, I think, this comes down to our different styles of learning and approaches to integrating information. How do you learn?

Think of how you go about learning yourself. Can you remember the latest gadget you bought? When you get a new car, or a new computer, do you first open the manual and read through the instructions carefully? Once you have read the handbook thoroughly and understand how all it works, you then get to work on your own.

Or perhaps you love buying flat-pack furniture, taking it home, and without ever looking at the instructions, figure out how to assemble it. Others, like me, get frustrated and end up with odd bits and pieces, but you see it as a challenge. Like a game of chess, you know that once all the pieces are placed correctly you are ready to move in and to win. The prize is that new coffee table or that new wardrobe.

And then there are those who prefer to have someone sit down beside them, show them how to do things, from switching on the new computer, to setting up passwords, folders and email accounts.

What sort of learners are Mary in last week’s Resurrection story, Thomas in this morning’s Gospel reading, and the other disciples in those readings?

For Mary, appearances could be deceiving. When she first saw the Risen Lord on Easter morning, she did not recognise him. She thought he was the gardener. But when he spoke to her she recognised his voice, and then wanted to hold on to him. From that moment of seeing and believing, she rushes off to tell the Disciples: ‘I have seen the Lord.’

Two of them, John the Beloved and Simon Peter, had already seen the empty tomb, but they failed to make the vital connection between seeing and believing. When they heard Mary’s testimony, they still failed to believe fully. They only believe when they see the Risen Lord standing among them, when he greets them, ‘Peace be with you,’ and when he shows them his pierced hands and side.

But Thomas the Twin, or Thomas Didymus, is missing from the group on that occasion. He has not seen and so he refuses to believe.

We can never be quite sure about Saint Thomas in this Gospel. After the death of Lazarus, he shows that he has no idea of the real meaning of death and resurrection when he suggests that the disciples should go to Bethany with Jesus: ‘Let us also go, that we may die with him’ (John 11: 16). And while Saint Thomas saw the raising of Lazarus, what did he believe in? Could seeing ever be enough for a doubting Thomas to believe?

At the Last Supper, despite assurances from Christ, Thomas protests that he does not know what is happening (John 14: 5). He has been with Christ for three years, and still he does not believe or understand. Seeing and explanations are not enough for him.

For a full week, Thomas is absent and does not join in the Easter experience of the remaining disciples. When they tell him what has happened, Thomas refuses to accept their stories of the resurrection. For him hearing, even seeing, are not enough.

Thomas wants to see, hear and touch. He wants to use all his learning faculties before he can believe this story. See, hear and touch – if they had manuals then as we now have, I’m sure Thomas would have demanded a manual on the resurrection too.

His method of learning is to use all the different available approaches. He has heard, but he wants to see. When he sees, he wants to touch … he demands not only to touch the Risen Jesus, but to touch his wounds too before being convinced.

And so for a second time within eight days, Christ came and stood among his disciples, and said: ‘Peace be with you.’

Do you recall how Mary was asked in the garden on Easter morning not to cling on to Christ? So why then is Thomas invited to touch him in the most intimate way? He is told to place his finger in Christ’s wounded hands and his hand in Christ’s pierced side.

Caravaggio has depicted this scene in his painting, The Incredulity of Saint Thomas. Yet we are never told whether Thomas actually touched those wounds. All we are told is that once he has seen the Risen Christ, Thomas simply professes his faith in Jesus: ‘My Lord and my God!’

In that moment, we hear the first expression of faith in the two natures of Christ, that he is both divine and human. For all his doubts, Thomas provides us with an exquisite summary of the apostolic faith.

Too often, perhaps, we talk about ‘Doubting Thomas.’ Instead, we might better call him ‘Believing Thomas.’ His doubting led him to question. But his questioning led to listening. And when he heard, he saw, perhaps he even touched. Whatever he did, he learned in his own way, and he came not only to faith but faith that for this first time was expressed in that eloquent yet succinct acknowledgment of Christ as both ‘My Lord and My God.’

May all our thoughts, all our prayers and all our deeds be + in the name of the Father, and of the Son, and of the Holy Spirit, Amen. 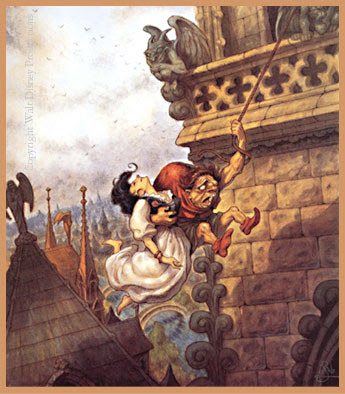 (Revd Canon Professor) Patrick Comerford is Priest-in-Charge, the Rathkeale and Kilnaughtin Group of Parishes. This sermon was prepared for Castletown Church, Co Limerick, on Sunday 23 April 2017, the Second Sunday of Easter (Low Sunday).