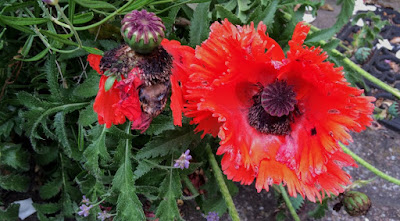 Much of my attention this week has been focussed on preparations for the commemorations of the centenary of the end of World War I.

These preparations have included two workshops for clergy and readers on appropriate Remembrance Sunday resources, and preparing a sermon and service for this group of parishes.

This year marks 100 years since the guns fell silent at the end of World War I. Those who survived hoped it would be ‘the war to end all wars,’ but the last century has seen millions more suffer in conflict all around the world. We must never forget the sacrifices made in war – we must also always continue to strive for peace.

In my preparations I have drawn inspiration from the way this centenary is being marked at Lichfield Cathedral, where there has been a seasonal programme of services and events throughout the year.

On the eve of Remembrance Day, the Requiem for Humankind on Saturday 10 November is presented by the Lichfield Cathedral Choral Foundation and Chamber Choir with the Darwin Ensemble Chamber Orchestra.

Brahms conceived his Ein deutsches Requiem (‘A German Requiem’) as a balm for humankind focusing on those left grieving. This sense of comfort in the face of death is echoed in Idyll by David Bednall, a world premiere of a new choral setting of a poem by the war poet Siegfried Sassoon.

Eleanor Sterland is the Soprano, Francis Ambrose is the Baritone, and Benjamin Lamb the Director. 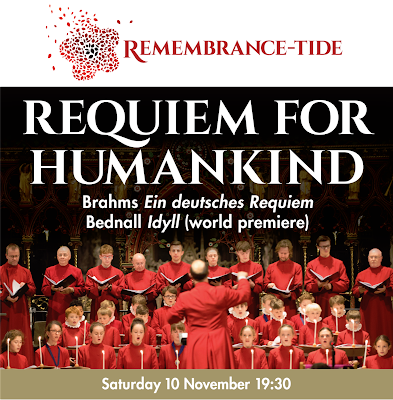 During the year, the Parks team has been saving 1,918 local trees that would otherwise have been felled. Volunteers will pot them ready to start planting on Armistice Day, 11 November 2018. The Peace Woodland will open at Easter 2019, a time to rejoice in new life, hope and the promise of peace on earth.

£25,000 is needed to make the Peace Woodland happen. At the heart of the Peace Woodland will be a bronze plaque as a dedication to peace. For £25, donors can add a name – their own name or the name of a friend or a family member – to be permanently inscribed in the Name of Peace. 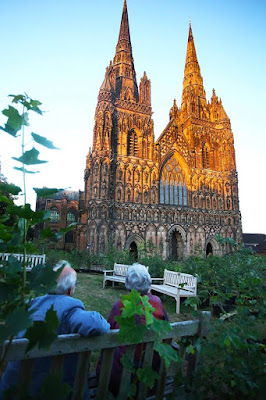 The trees potted by volunteers are being moved to start planting at the new Peace Woodland in Beacon Park on Armistice Day, 11 November 2018 (Photograph: Lichfield Cathedral)

The oratorio Dona Nobis Pacem by Ralph Vaughan Williams provides the focus for an all-day ‘Come and Sing’ programme in Lichfield Cathedral from 9.30 a.m. to 5 p.m. on Saturday 17 November.

People are being invited to spend the day in Lichfield Cathedral singing with Elise Fairley (soprano) and Alistair Donaghue (baritone), soloists from the Royal Birmingham Conservatoire, accompanied by Martyn Rawles and conducted by Paul Spicer.

Dona Nobis Pacem was written by Vaughan Williams in 1936 to mark the centenary of the Huddersfield Choral Society. His passionate, heartfelt plea for peace came as a result of his experiences of World War I, the second Boer War and the looming threat of yet another World War.

He chose words by the American poet Walt Whitman, sections of the Bible, a speech by the politician and anti-war campaigner John Bright during the Crimean War, and parts of the Mass for this oratorio.

The work takes its name from the concluding phrase in the invocation to the Lamb of God sung or recited during the fraction at the Eucharist:

It is an intensely powerful work that moves everyone who sings or hears it.

Paul Spicer is one of Britain’s most widely respected choral conductors. He teaches at the Royal Birmingham Conservatoire where he conducts the Chamber Choir, well-known for its many recordings, and at Oxford and Durham Universities.

His ‘English Choral Experience’ courses are models of their kind in Britain and Europe.

Martyn Rawles is Organist and Assistant Director of Music at Lichfield Cathedral, where he directs the girl choristers and plays for the majority of services.

After the workshop, participants are invited to stay for Evensong at 5.30 p.m.

This exhibition displays 28 dramatic lino-cuts by contemporary artist Denis May interpreting poems by the World War I poet Wilfred Owen, who was killed seven days before the war ended.

Wilfrid Owen said his poetry was not about heroes, adding: ‘My subject is War, and the pity of War.’ Denis May’s prints juxtapose religious and artistic subjects alongside scenes of war, giving a unique and universal commentary on the poems, and his pictures are on sale at the exhibition.

The Band of the Mercian Regiment is presenting a spectacular evening of music and poetry in the Cathedral on Saturday 3 November. The programme includes music from the traditional through to film, contemporary and a few surprises.

The evening is set in the cathedral nave, and the concert will raise funds for Lichfield Cathedral and the Mercian Regiment Chapel.

The Poppy Fields, produced by Luxmuralis, is a stunning Poppies projection first shown during 'Before Action' in 2016. The event attracted national acclaim and has been on tour before returning to Lichfield Cathedral for three not-to-be-missed evenings next month: 8, 9 and 11 November.

The cathedral will be bathed in light as visitors walk through the Poppy Fields of World War I. This emotional and poignant interior Son et Lumiere includes bespoke readings by the Oscar-winning actor Eddie Redmayne.

On Remembrance Day, 11 November, a lone piper will play ‘Battle's Over – A Nation's Tribute’ at 6 a.m. at Lichfield Cathedral, followed by prayers. The services later in the day include the Eucharist at 8 a.m., a Remembrance Service at 10, the Act of Remembrance at the Memorial Garden at 11, and ‘Imagine Peace – a service of pledging to peace’ at 11.15.

The centenary programme continues in Lichfield Cathedral in December with the return of the multi-award-winning ‘Cathedral Illuminated’ from 17 to 22 December.

Each year, the team at Luxmuralis creates a bespoke stunning set of illuminations around the cathedral, both outside and inside. In keeping with the cathedral’s year-long theme of ‘Imagine Peace,’ this Christmas Luxmuralis presents ‘Peace on Earth.’ 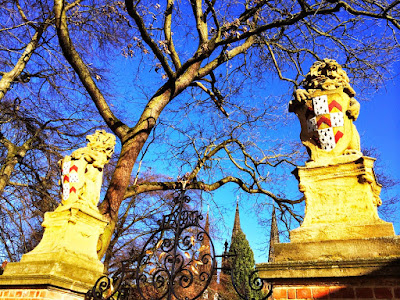 ‘Pax 1919’ … The Memorial Garden in Lichfield, with the spires of Lichfield Cathedral in the background (Photograph: Patrick Comerford)