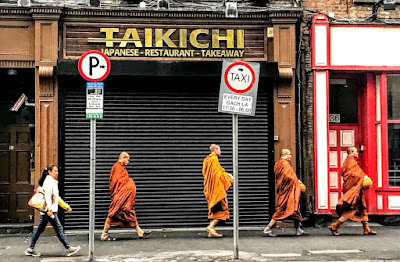 The monks are staying at the Sunyata Buddist centre mid way between Sixmilebridge & Broadford, Co. Clare. There are six of them and will be there for 3 months retreat. They are offering meditation and teaching sessions to the public on most days. Lots of info here. https://www.sunyatacentre.org/rains-retreat-2018/