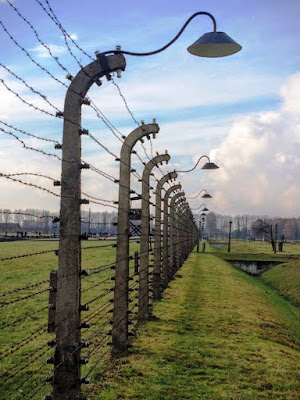 I have spent this afternoon at a reception in the House of Lords to mark the 75th anniversary of the end of the Holocaust.

Earlier this morning, on another site, I posted preaching and liturgical resources for next Sunday [26 January 2020], the day before Holocaust Memorial Day.

The Gospel reading next Sunday recalls how ‘Jesus went throughout Galilee, teaching in their synagogues’ (Matthew 4: 23). This sharp reminder that Jesus was a practicing Jew, worshipping regularly in synagogues, comes a day before Holocaust Memorial Day.

Holocaust Memorial Day takes place each year on 27 January and is a time to remember the millions of people murdered during the Holocaust, under Nazi Persecution and in the genocides that followed in Cambodia, Rwanda, Bosnia and Darfur. To paraphrase the Prophet Isaiah in the first reading next Sunday, the people who walked in darkness needed to see a great light.

Holocaust Memorial Day (HMD) 2020 marks 75 years since the liberation of Auschwitz-Birkenau. It also marks the 25th anniversary of the Genocide in Bosnia.

The 75th anniversary of the liberation of Auschwitz-Birkenau is a landmark anniversary. The theme for this year’s Holocaust Memorial Day is ‘Stand Together.’ Community groups are being encouraged to create their own Memorial Flame to respond to this day.

The National Holocaust Memorial Day commemoration takes place in Dublin every year on the Sunday nearest to 27 January, in the Round Room at the Mansion House, and takes place this year on Sunday next, 26 January. It is organised under the auspices of Holocaust Education Trust Ireland in association with The Department of Justice and Equality and Dublin City Council.

The Holocaust Memorial Day commemoration cherishes the memory of all who perished in the Holocaust. It recalls six million Jewish men, women and children and millions of others who were persecuted and murdered by the Nazis because of their ethnicity, disability, sexual orientation, political affiliations or their religious beliefs. The ceremony includes readings, survivors’ recollections, candle-lighting and music. It is attended by people from all walks of life and is a moving and dignified event.

Holocaust Memorial Day is a time to learn the lessons of the past and recognise that genocide does not just take place on its own – it is a steady process that can begin if discrimination, racism and hatred are not checked and prevented. We are fortunate here in Ireland; we are not at immediate risk of genocide.

However, discrimination has not ended, nor has the use of the language of hatred or exclusion. There is still much to do to create a safer future and HMD is an opportunity to start this process. The lessons of the past can inform our lives today and ensure that everyone works together to create a safer, better future.

Each year, thousands of activities take place on HMD, bringing people from all backgrounds together to learn lessons from the past in creative, reflective and inspiring ways. From schools to libraries, workplaces to local authorities, HMD activities offer a real opportunity to honour the experiences of people affected by the Holocaust and genocide, and challenge ourselves to work for a safer, better future.

Olivia Marks-Woldman, chief executive of the Holocaust Memorial Day Trust, says: ‘At a time when identity-based prejudice and hostility is worryingly prevalent in the UK and internationally, HMD is an opportunity to learn about the consequences of hatred when it is allowed to exist unchecked. At this important moment, 75 years after the liberation of Auschwitz, we are asking people to Stand Together against prejudice, and in memory of those who were murdered during the Holocaust, under Nazi Persecution and in genocides which have taken place since.’

‘Don’t be content in your life just to do no wrong, be prepared every day to try and do some good.’ – Sir Nicholas Winton, who rescued 669 children from Nazi-occupied Europe.

A prayer for Holocaust Memorial Day:

God of the past, present, and future, we remember today, 75 years since the liberation of Auschwitz, the six million Jews murdered in the Holocaust, the millions of other victims of Nazi persecution, and all those who have been targeted and killed in subsequent genocides.

We remember those who, having survived genocide, share their stories with us:
We give thanks to You for the lessons of human stories, both in their suffering and in their joy.

We remember those who stood up against injustice and saved lives:
We give thanks to You for their example.

Together we acknowledge the sacrifice of those that stood together with those who suffered during the Holocaust and other genocides.
And we affirm that every life is loved by You and sacred.

Yet, during the Holocaust too many failed to stand together with their neighbours. Oppression stains Your world and contradicts Your love.

So we pray that You will inspire us now as we stand together on this day in the love that we know of God in Christ Jesus.

Let us commit to remembering:

And glorify God in our words and actions.

We make these prayers in the name of Christ Jesus who, through His life, death, and resurrection, journeys with us into the eternal hope of Your truth and light.
Amen.

God of all people everywhere,

You reveal yourself in myriad ways, speaking through different voices to enlighten our world and enrich our lives.

All are created in your image but, in the face of prejudice and persecution, too often we fail to stand together.

So we gather today in memory:

We remember the lives of those who were murdered in the Holocaust and subsequent genocides.

We give thanks for those who have courageously shared their stories.

We recommit ourselves to transform the world through your love.

A Prayer of Confession:

When it mattered so much, we did not stand with you.

We did not see the sights you saw, hear the sounds you heard, or feel the pain you felt, through persecution and hardship and unprecedented levels of brutal inhumanity.

But now we have listened:

We have come to walk more closely,
And we commit to a new relationship.

We are here to remember.

We recall the longed-for liberation, and now we seek justice and truth.

We did not walk with you into those dark places but we walk together now, we stand together now.

For it matters still.

We will stand together.

Jesus calls us to Stand Together: A Litany

In the face of the classification of people as ‘other’,
Jesus calls us to stand together

In the face of people being singled out by labels,
Jesus calls us to stand together

In the face of discrimination,
Jesus calls us to stand together

In the face of human beings being treated as less than human,
Jesus calls us to stand together

In the face of extremism,
Jesus calls us to stand together

In the face of the polarisation of cultures with the intention of creating opposition,
Jesus calls us to stand together

In the face of incitement to hatred,
Jesus calls us to stand together

In the face of persecution,
Jesus calls us to stand together

In the face of genocide,
Jesus calls us to stand together

In the face of denial of such atrocities as the Holocaust,
Jesus calls us to stand together

We stand together with Jesus, who came into the world so that everyone might have life in all its fullness.

A prayer for use with young people:

God of justice and of peace,
You call your people to stand together, in solidarity with those who suffer;
We remember before you in sorrow:
all who perished in the horror of the Holocaust,
all who were persecuted, and all whose suffering continues;
Turn the hearts of all who persecute and oppress,
and of all who seek to divide;
Open our own hearts and minds,
when they are closed in fear and hatred,
So that all your peoples may stand together and reflect your image
Amen

Notes for an all-age address:

The theme of standing together offers a potential action as well as an attitude of the heart. An all age context invites us to start with acknowledging what the congregation has in common despite its variety. What does the unity of a church community look like and what does it mean?

One aspect of the variety may be their different experience and knowledge of persecution, hostility, and divisions within a community. Some will know about the Holocaust and some may know next to nothing. All, however, will know the feelings of being excluded or isolated, and the power of standing together (physically and symbolically).

There are numerous stories of Jesus siding with the excluded (those with leprosy, tax collectors, the poor, for example) and of course being the excluded Himself, in lonely death on the cross. Share true stories about the Holocaust and subsequent genocides. Use these stories to grow empathy and see the Christian imperative to stand together.

You might return to the examples of isolating others and being isolated, and ask ‘what would Jesus do?’ Explore what practical steps a Christian might be called to take in such situations.

Further resources for Holocaust Memorial Day, produced by the Council for Christian and Jews, are available HERE. 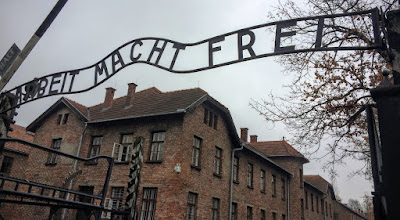