I am in Dublin Airport this morning on my way to London for a quick overnight visit, including a reception in the House of Lords to mark the 75th anniversary of the end of the Holocaust and a planned visit to the Bevis Marks Synagogue.

On my way through Dublin Airport this morning it is interesting to note the celebratory mood and decorations. Dublin is celebrating its 80th birthday, having opened 80 years ago yesterday, on 19 January 1940.

As I pass by the old terminal building on the way to the Ryanair Departure Gates, I am reminded how novel Dublin Airport was for our parents’ generation. How many of us remember a visit to the airport as a day out in itself, brought there to see the planes landing and taking off and ending up playing on the escalators.

Going to the airport for dinner was still the height of glamour in the late 1950s and early 1960s. Pubs in the area around the airport, such as the Coachman’s Inn and the Cate and Cage, developed a particular relationship because of their proximity, and pubs and hotels with names like the Viscount and the Airport were seen as being very fashionable and modern.

Around the airport this morning, images recall celebrated arrivals and departures over the past eight decades, including John F Kennedy’s visit, the Beatles’ arrival for two concerts at the Adelphi Cinema, and the return of the Ireland team after Italia 90.

The curved building with its tiered floors was designed to echo the lines of a great ocean liner and won many architectural awards for its design. This original terminal building was designed to cater for just 100,000 passengers a year.

The airport opened with just one flight a day to Liverpool and it was effectively mothballed during World War II, as Aer Lingus operated a twice-weekly service to Liverpool. Aer Lingus resumed its London service to Croydon in November 1945.

By 1947, flights departing from Dublin had ventured as far as Continental Europe, with Dutch airline KLM beginning the first European service to Dublin. New concrete runways were completed in 1948, and in 1950 – after 10 years in operation – the airport had been used by a total of 920,000 passengers.

By the late 1950s, the original terminal was incapable of handling growing passenger numbers, so the new North Terminal was opened in June 1959. Originally it was planned that this building would handle all US and European flights, but instead it became the arrivals area for all passengers. By the 1960s, new departure gate piers were added beside the old terminal to cope with larger aircraft.

The Airport Church, with its concrete bell tower and landscaped courtyard, was designed by the Limerick-born architect Andrew Devane of Robinson, Keeffe & Devane (now RKD) of Dublin. It was built in 1964, and was one of the first modernist churches in Dublin.

Meanwhile, it soon became apparent that the original terminal building could no longer cope with passenger demand. Work began in 1971 on a new terminal building designed to cater for an expected six million passengers a year. The new £10 million terminal opened in June 1972. 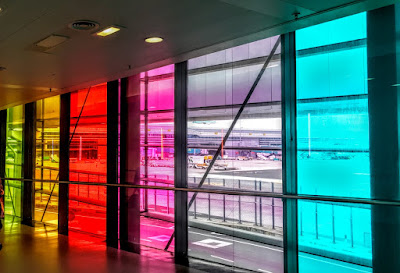 The airport has greatly expanded since then with the addition of a new terminal, new departure gate piers, an extension to the 1971 terminal building, a new runway and taxiways.

Terminal 2 and its connected boarding gate pier opened in November 2010. Today, Dublin Airport handles more than 31.5 million passengers, with more than 233,000 flights a year, including flights to almost 200 destinations in 43 countries, operated by 53 airlines.

It is the 11th busiest airport in the EU, and is one of Ireland’s key economic assets, generating or facilitating 117,300 jobs and €8.3 billion worth of economic activity.

More than 400 million passengers have travelled through Dublin Airport since that first flight took off in 1940. The old terminal, which is a listed building, is still partially used for daily passenger operations and many of the internal design features of the building have been retained as a reminder of those early days.

● A calendar with a series of photos from the past 80 years can be bought for €10 in Dublin Airport. All proceeds go to Dublin Airport’s charity partners: Debra Ireland, Gary Kelly Cancer Support Centre and Spina Bifida Hydrocephalus. 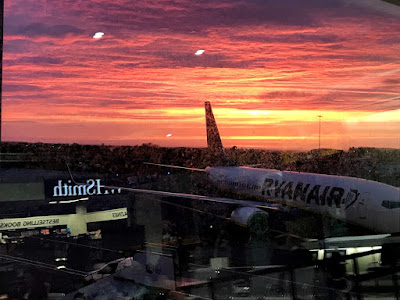