In search of the ‘Holy Grail’
at Valencia’s Gothic cathedral 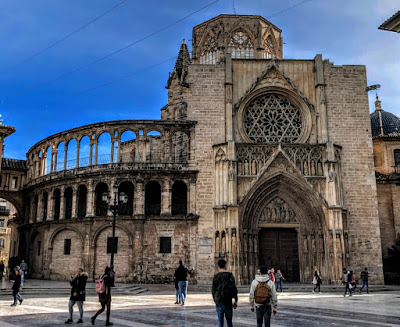 One of the first places I visited in Valencia yesterday was Valencia Cathedral, the Metropolitan Cathedral-Basilica of the Assumption of Our Lady of Valencia (Iglesia Catedral-Basílica Metropolitana de la Asunción de Nuestra Señora de Valencia).

The cathedral, which is almost 800 years old, is said to have been consecrated in 1238 by Archbishop Pere d’Albalat of Tarragona after the Reconquista or Christian conquest of Valencia, and was dedicated to Saint Mary on the orders of James I the Conqueror. 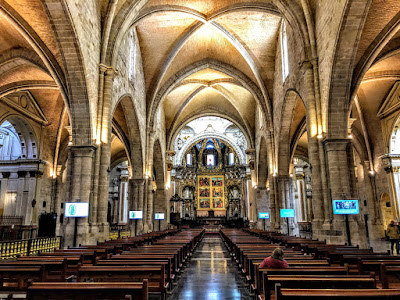 Inside Valencia Cathedral … the Muslim mosque corresponded to the transepts (Photograph: Patrick Comerford, 2020) 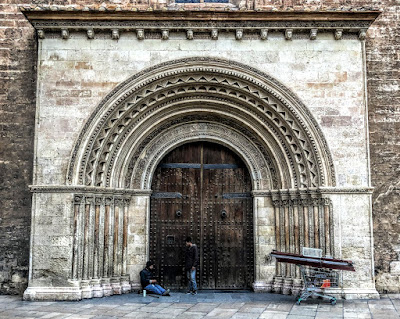 The Romanesque Almoina (‘alms’) gate may correspond with the mihrab of the Moorish mosque (Patrick Comerford, 2020) 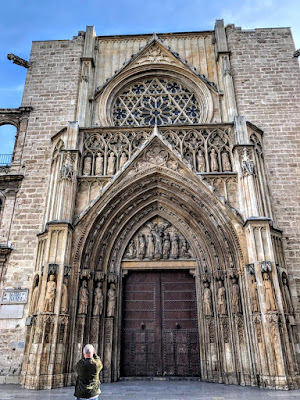 The ‘Apostles’ Gate’ corresponds to the entrance to the mosque (Photograph: Patrick Comerford, 2020)

Although there are several styles of construction, this cathedral is basically a Gothic building, a cruciform plan with north and south transepts, and a crossing covered by an octagonal tower (cimbori), with an ambulatory and a polygonal apse. 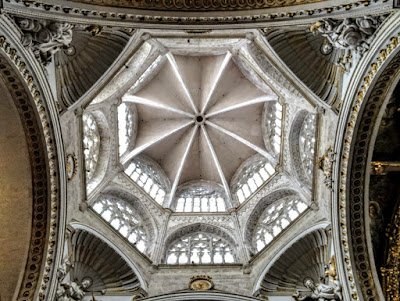 The crossing is covered by an octagonal tower or ‘cimbori’ (Photograph: Patrick Comerford, 2020) 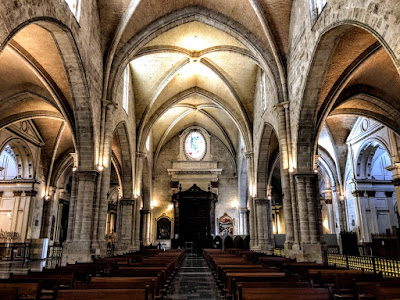 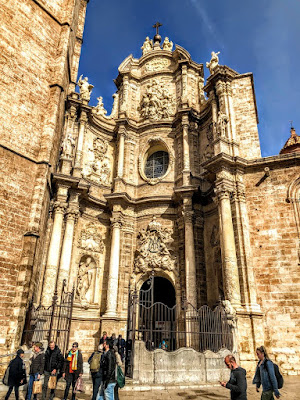 The ‘Iron Gate’ was added in the 18th century (Photograph: Patrick Comerford, 2020) 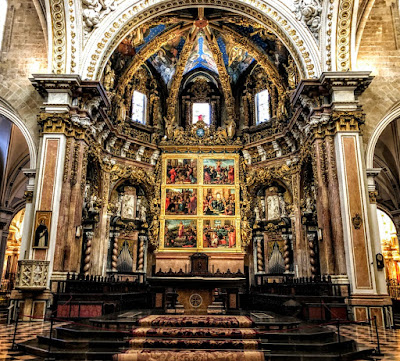 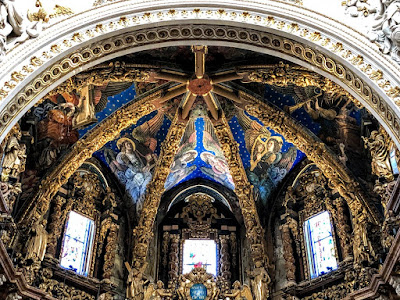 The cathedral has many 15th century paintings, some are by local artists, such as Jacomart, others by artists from Rome. 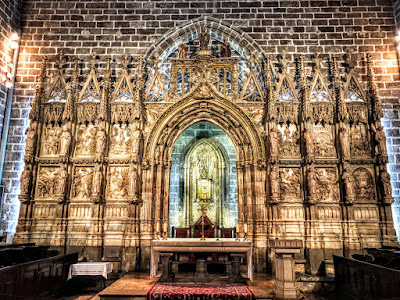 The shrine of the Holy Grail in the chapter house (Photograph: Patrick Comerford, 2020)

But the cathedral’s greatest treasure is a chalice said to be the true Holy Grail. This chalice with Arabic inscriptions was given to the cathedral by king Alfonso V of Aragon in 1436. 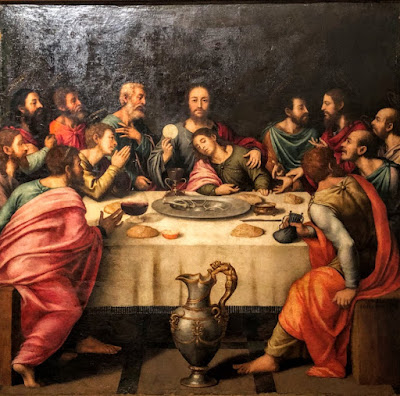 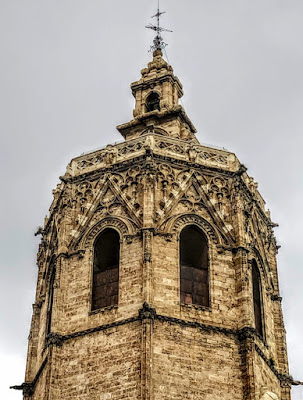