Who fears to speak of ’98?
Thoughts on Bagenal Harvey
on Wexford Bridge and quays 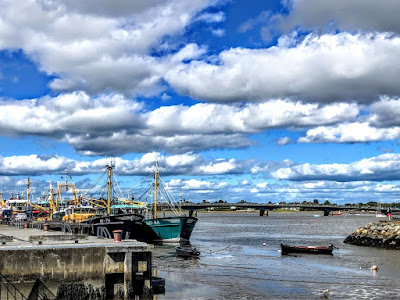 ‘Who fears to speak of ’Ninety-Eight?’

The opening words of a poem by Professor John Kells Ingram were quoted regularly throughout the 1798 bicentenary commemorations throughout 1998. They came to mind last week during the second stage of my summer ‘Road Trip,’ as I strolled along Wexford Quay and onto Wexford Bridge.

Like many other aspects of the 1798 Rising, this poem has many connections with the Church of Ireland: the actual title of the poem, written in 1843, is ‘The Memory of the Dead,’ and its author, the economist and poet John Kells Ingram (1823-1907), was born in a Church of Ireland rectory in Co Donegal, the son of the Revd William Ingram.

In James Joyce’s Ulysses, Leopold Bloom alludes mentally to Ingram’s ‘Who Fears to Speak?’ in the ‘Wandering Rocks’ episode: ‘Fine poem that is: Ingram. They were gentlemen. Ben Dollard does sing that ballad touchingly. Masterly rendition.’

Throughout the bicentenary commemorations, which seemed to stretch across a two- or three-year period from 1996 to 1998 or 1999, I spoke throughout Co Wexford on the involvement of members of the Church of Ireland in the events in 1798.

Thanks to the efforts of Comoradh ’98 that year, there was a much more accurate, balanced and nuanced understanding than in previous commemorations of the events, the personalities, the lead-up to and the aftermath of the 1798 Rebellion. 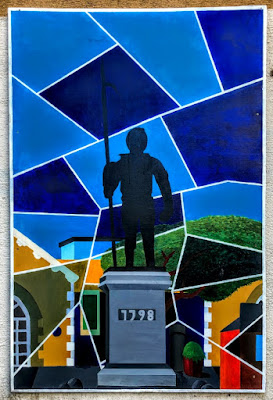 I spoke in churches, schools and hotels, at seminars and meetings, workshops and summer schools, wrote features in The Irish Times, papers in history journals, and chapters for books, was interviewed for television and radio documentaries, unveiled plaques in churchyards and spoke one evening at a commemorative service on Wexford Bridge.

The participants in that service in memory of all who died on Wexford Bridge during the summer of 1798 included Bishop John Neill, then Bishop of Cashel and Ferns, the late Canon Norman Ruddock, then Rector of Wexford, and Father Walter Forde, then Parish Priest of Castlebridge.

In a kind letter later that week to The Irish Times, Walter Forde spoke of my ‘superb address at the Wexford Bridge service.’

On that evening, I drew attention to the fact that there were no memorials in Wexford to the key Church of Ireland personalities from the 1798 period. I suggested that the recently reconstructed Wexford Bridge should be renamed in honour of the commander of the Wexford army and president of the Wexford Town Committee, Beauchamp Bagenal Harvey, a member of the Church of Ireland.

In supporting that call, Father Forde suggested that Harvey should be linked with the name of the far-seeing and humane Roman Catholic from Castlebridge, General Edward Roche, and, he asked, ‘Why not the Harvey/Roche Bridge?’

Almost a quarter of a century after those bicentenary commemorations, it was interesting to take a fresh look last week at the plaques and memorials on Wexford Bridge.

One of these plaques recalls that the first bridge crossing the River Slaney on this site was a timber bridge constructed by Lemuel Cox of Boston in 1795, three years before the Rising. The bridge, which saw a frightful procession of executions in 1798, was repaired and strengthened in 1825 after storm damage. 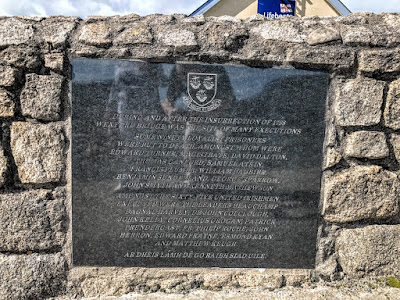 One of the plaques recalling the executions and deaths on Wexford Bridge (Photograph: Patrick Comerford, 2020)

A plaque was erected on the bridge by the 1798 commemoration committee, naming Father Philip Roche, John Kelly, John Colclough, Edmond Kyan, Patrick Prendergast, Bagnal (sic) Harvey, Matthew Keough, John Hay, Cornelius Grogan, ‘and other patriots who were executed on the site of this bridge, June-July 1798 as a result of their struggle for Irish freedom.’

Beauchamp Bagenal Harvey was tried, convicted and hanged on Wexford Bridge on 28 June 1798. His body was afterwards beheaded, the trunk thrown into the River Slaney and the head displayed on a spike on the courthouse. His corpse was recovered by his friends and he was buried in Mayglass.

Another plaque on the bridge reflects the balance and nuance that marked the commemorations I was part of in 1998. It recalls:

I noticed, sadly, however, that Bagenal Harvey’s name is misspelled not just once but twice on the bridge that I still think should be named after him. 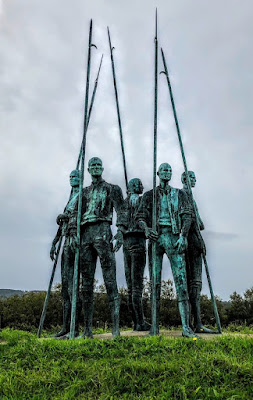 ‘Fuascailt’ … a sculpture by Eamonn O’Doherty of Wexford pikemen on the N25 near Barntown and Taghmon (Photograph: Patrick Comerford, 2020)

Today, no matter what their political views are and despite the opening words of Ingram’s poem, no-one in Wexford is afraid ‘to speak of ’98.’ New monuments are still standing in every corner of the county from Bunclody and Gorey to Enniscorthy and Wexford, to Old Ross and New Ross.

As we continued our summer ‘Road Trip’ on the N25 from Ferrycarrig towards New Ross, near Barntown and Taghmon, ‘Fuascailt’ is a striking sculpture by Eamonn O’Doherty (1939-2011) by the roadside depicting a group of Wexford Pikemen from 1798. His other works include the Quincentennial Sculpture on Eyre Square in Galway; Anna Livia or the ‘Floozie in the Jacuzzi,’ moved from O’Connell Street to the Croppies’ Acre in Dublin in 2011; and the James Connolly Memorial near Liberty Hall, Dublin.

Even the description on the plinth below O’Doherty’s Pikemen recalls all who died there in battle on 30 May 1798.

But the plaque also remembers that nearby, in the Church Meadow, lie 80 men of the Royal Artillery and the Meath Militia who were killed in that battle.

No matter what one’s political views or sympathies are, there is no reason to fear to speak about 1798 in Co Wexford. And, for what it’s worth, I still think – fearlessly – that Wexford Bridge should be named after Bagenal Harvey. 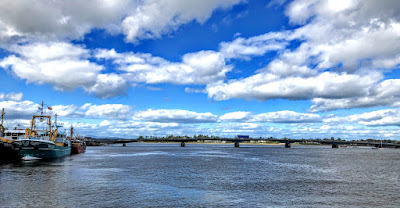 Beauchamp Baganal Harvey is my great great great great great great grandfather. My father was able to visit Bargy castle a few years ago. We just discovered some of our deeper family history within the last 10 years and I find his story fascinating. I live in Canada but one day I would live to visit the Wexford Bridge. I know it would bring my family alot of pride if they named it after him. Thank you for writing this