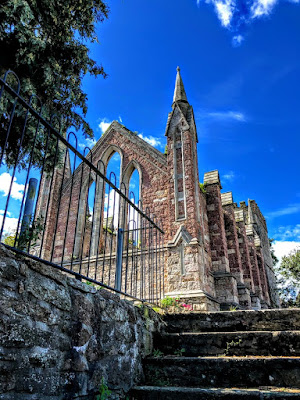 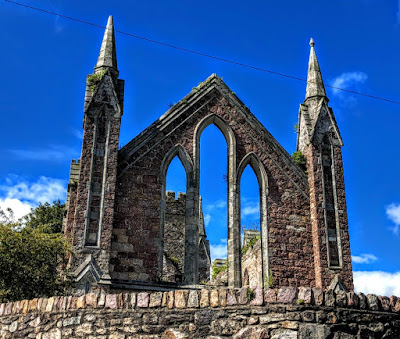 I believe the church was not built until 1825/26 as it was only mentioned/approved in the Vestry Minutes in 1824. Lewis (1837) dated it to 1818 but I've been through the minute books at the RCB and recorded the key points. I did my thesis on Selskar earlier this year, concentrating on the 'new' church and its ultimate demise.

I don't believe Henry II did penance there (I don't believe it was built); I love the story of Basilia and Le Gros marrying there but again, can't prove the date it was built. I know they did marry in Wexford thanks to Giraldus Cambrensis. As for Odin - it's a point of contention and has yet to be proven; I can't work out where the story came from. The first record of it is in Bassett's directory in the late 19th century - anything you have on it would be appreciated.

I'm a guide there and when you are next in Wexford please email me and I'll show you around; I would be delighted to meet you!