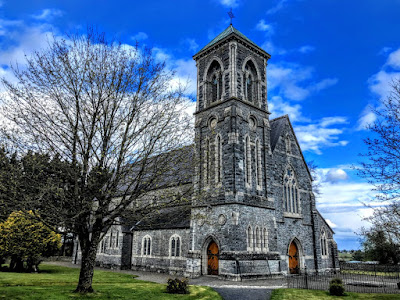 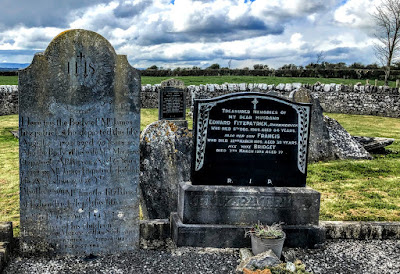 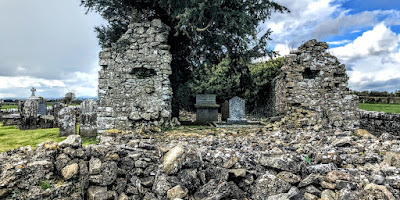 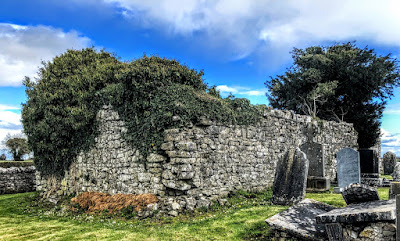 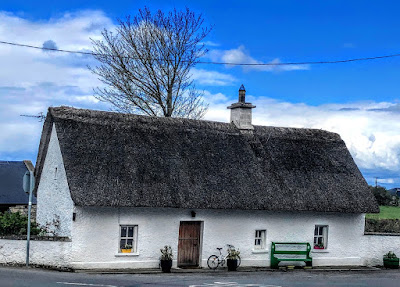 Alas, there is no mortuary chapel, but Richard Wilson Fitzpatrick's table tomb designed by Pugin and inlaid with brass, stands sadly neglected at the West gable of what as the Catholic chapel of 1775 and is now the Community Hall, next door to Mary's Bar.