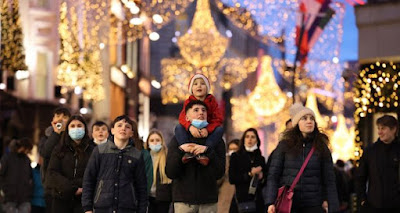 This year, Christmas is without sentimentality or great joy for an accumulating number of people across the world (Photograph: Dara Mac Donaill/The Irish Times)

This full-length editorial is published in The Irish Times on Christmas Eve, 24 December 2021 (p 15)