With the Saints through Christmas (1):
26 December 2021, Saint Stephen 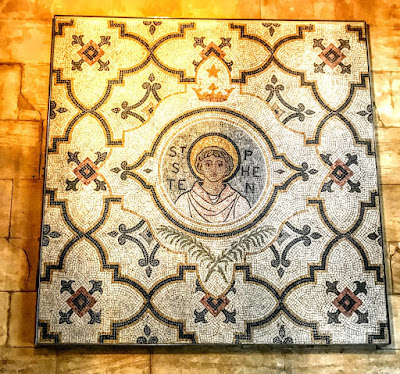 Our Christmas celebrations may be more restrained and tempered this morning. But Christmas is not over, and, indeed, it does not end even after the ’12 Days of Christmas,’ but is a season that continues for 40 days until the Feast of the Presentation or Candlemas (2 February).

After a busy Christmas week, I am resting in Dublin today before returning to Askeaton tomorrow. But, before this day begins, I am taking some time early this morning for prayer, reflection and reading.

I have decided to continue my Prayer Diary on my blog each morning, reflecting in these ways:


I find it hard to call 26 December ‘Boxing Day.’ For me, 26 December is always going to be Saint Stephen’s Day.

Saint Stephen’s Day today [26 December], Holy Innocents’ Day (28 December), and the commemoration of Thomas à Beckett on 29 December are reminders that Christmas, far from being surrounded by sanitised images of the crib, angels and wise men, is followed by martyrdom and violence. Close on the joy of Christmas comes the cost of following Christ. A popular expression, derived from William Penn, says: ‘No Cross, No Crown.’

Saint Stephen (Στέφανος, Stephanos) is the first martyr of Christianity. His name is derived from the Greek word meaning ‘crown,’ and traditionally, he carries the crown of martyrdom. In iconography, Saint Stephen the Deacon is often depicted as a young, beardless man, with a deacon’s stole and holding three stones of his martyrdom and the martyrs’ palm.

He was denounced for blasphemy later, and was tried before the Sanhedrin. During his trial, he had a vision of the Father and the Son: ‘Behold, I see the heavens opened, and the Son of man standing on the right hand of God’ (Acts 7: 56). He was condemned, taken outside the city walls and stoned to death. Among those who stoned him to death was Saul of Tarsus, later the Apostle Paul. 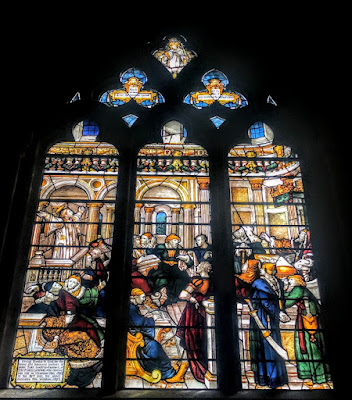 This day, the ‘Feast of Stephen,’ is also mentioned in the popular carol, Good King Wenceslas. The carol was published by John Mason Neale (1818-1866) in 1853, although he may have written it some time earlier, for he included the legend of Saint Wenceslas in his Deeds of Faith in 1849.

‘Hither, page, and stand by me, if you know it, telling,
Yonder peasant, who is he? Where and what his dwelling?’
‘Sire, he lives a good league hence, underneath the mountain,
Right against the forest fence, by Saint Agnes’ fountain.’

‘Bring me food and bring me wine, bring me pine logs hither,
You and I will see him dine, when we bear them thither.’
Page and monarch, forth they went, forth they went together,
Through the cold wind’s wild lament and the bitter weather.

‘Sire, the night is darker now, and the wind blows stronger,
Fails my heart, I know not how; I can go no longer.’
‘Mark my footsteps, my good page, tread now in them boldly,
You shall find the winter’s rage freeze your blood less coldly.’

Although it is included in neither the Irish Church Hymnal nor the New English Hymnal, this carol retains its popularity, and I imagine it is going to sung in many places today.

It is said that when the German martyr Dietrich Bonhoeffer visited Saint Stephen’s House in Oxford he decided to return to Germany where he met with martyrdom. 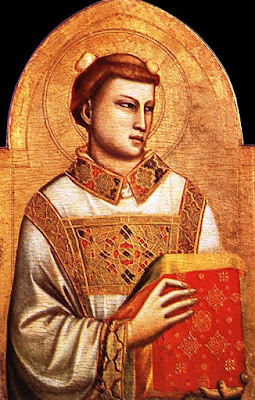 Saint Stephen in a fresco by Giotto in Florence

[Jesus said:] 17 ‘Beware of them, for they will hand you over to councils and flog you in their synagogues; 18 and you will be dragged before governors and kings because of me, as a testimony to them and the Gentiles. 19 When they hand you over, do not worry about how you are to speak or what you are to say; for what you are to say will be given to you at that time; 20 for it is not you who speak, but the Spirit of your Father speaking through you. 21 Brother will betray brother to death, and a father his child, and children will rise against parents and have them put to death; 22 and you will be hated by all because of my name. But the one who endures to the end will be saved.’

The Prayer in the USPG Prayer Diary today (26 December 2021, Saint Stephen’s Day) invites us to pray:

Gracious God,
teach us to be compassionate,
humble and meek.
May we strive to be Christlike in
all we do. 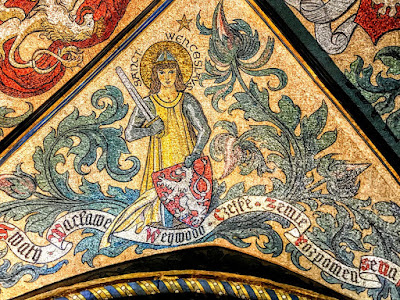 ‘Good King Wenceslas’ … an image on a ceiling in the Old Town Hall in Prague (Photograph: Patrick Comerford)