Praying with the World Church in
Ordinary Time: Saturday, 30 July 2022

The annual conference of the Anglican mission agency USPG (United Society Partners in the Gospel) took place in the High Leigh Conference Centre at Hoddesdon in Hertfordshire this week. The conference theme was ‘Living Stones, Living Hope.’

Today, the Church of England calendar in Common Worship remembers William Wilberforce (1833), Olaudah Equinao (1797) and Thomas Clarkson (1846), Anti-Slavery Campaigners , with a lesser festival. Later today, I have an appointment in Milton Keynes University Hospital. But, before today becomes a bust day, I am continuing my prayer diary this morning in this way:

The Gospel reading provided in Exciting Holiness for the Eucharist as we recall these anti-slavery campaigners with a lesser festival this morning is:

20 And he rolled up the scroll, gave it back to the attendant, and sat down. The eyes of all in the synagogue were fixed on him. 21 Then he began to say to them, ‘Today this scripture has been fulfilled in your hearing.’

One of the workshops I attended at the USPG conference in High Leigh this week – Decolonising Mission: Legacies and education – involved a major discussion on the legacy of slavery.

William Wilberforce (1759-1833) was born in 1759 in Hull. He converted to an Evangelical piety within the Church of England, and decided to serve the faith in Parliament instead of being ordained. He was elected a Member of Parliament at the age of 21.

He was a supporter of missionary initiatives and helped found the Bible Society. Settling in Clapham in London, he became a leader of the reforming group of Evangelicals known as the ‘Clapham Sect.’

Of all the causes for which he fought, he is remembered best for his crusade against slavery. After years of effort, the trade in slaves was made illegal in the British Empire in 1807 and Wilberforce lived to see the complete abolition of slavery, just before his death on this day in 1833. 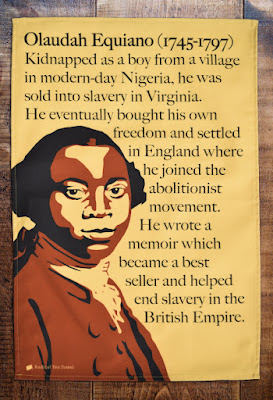 God our deliverer,
who sent your Son Jesus Christ
to set your people free from the slavery of sin:
grant that, as your servant William Wilberforce
toiled against the sin of slavery,
so we may bring compassion to all
and work for the freedom of all the children of God;
through Jesus Christ your Son our Lord,
who is alive and reigns with you,
in the unity of the Holy Spirit,
one God, now and for ever. Amen.

Let us celebrate friendship. May we build connections with those in our local communities and in our communities of faith around the world.