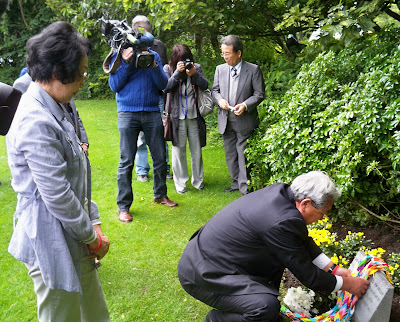 
Posted by Patrick Comerford at 13:00

Thank you for all of the dedication and tireless work that you have done over the years to highlight the extreme danger posed to humanity by the possession of nuclear weapons by so many countries. I wish you a speedy recovery to good health. May you enjoy your well-deserved retirement.

yes - what Hugh said above! May we never give up until nuclear weapons are abolished forever from the face of this precious, beautiful earth.....