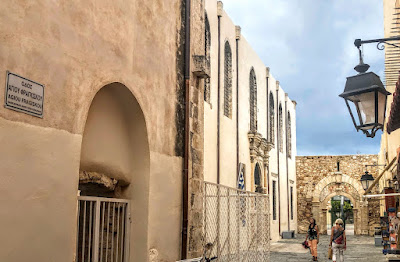 Today, the calendar of the Church of England in Common Worship remembers Clement, Bishop of Rome, ca 100.

Saint Clement was active as an elder in the Church in Rome towards the end of the first century and is said to have been a disciple of the apostles. He wrote an epistle to the Corinthians which witnessed to ministry in the Church and concerned the authority and duties of the ministers. That letter clearly showed the authority of one senior priest intervening in a conflict in another Church and is full of valuable information about the history of the developing Church and its ministry at this time. His hierarchical view of Church order set a future pattern for episcopal practice and ministry.

Clement seems to have been president of a council of presbyters which governed the Church in Rome, and his letters are clearly written on their behalf. A fourth-century document has Clement being exiled to the Crimea where he was then put to death by being thrown into the sea with an anchor around his neck. 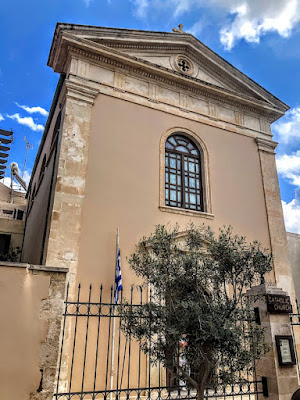 The Franciscan Capuchin Church of Saint Anthony of Padua the only Roman Catholic church in Rethymnon (Photograph: Patrick Comerford, 2021)

[Jesus said:] 12 ‘But before all this occurs, they will arrest you and persecute you; they will hand you over to synagogues and prisons, and you will be brought before kings and governors because of my name. 13 This will give you an opportunity to testify. 14 So make up your minds not to prepare your defence in advance; 15 for I will give you words and a wisdom that none of your opponents will be able to withstand or contradict. 16 You will be betrayed even by parents and brothers, by relatives and friends; and they will put some of you to death. 17 You will be hated by all because of my name. 18 But not a hair of your head will perish. 19 By your endurance you will gain your souls.’

A statue of Saint Francis in the gardens of the Franciscan Capuchin Friary in Chania, the only Roman Catholic monastic house in Crete (Photograph: Patrick Comerford)

Kazantzakis prefaces his semi-autobiographical novel, Report to Greco, with a prayer: ‘Three kinds of souls, three kinds of prayers: 1, I am a bow in your hands, Lord, draw me lest I rot. 2, Do not overdraw me, Lord, I shall break. 3, Overdraw me, Lord, and who cares if I break!’ The prayer, said to be adapted from Saint Francis, is also quoted in Saint Francis (also published as The Poor Man of God).

The most important church in Venetian Rethymnon was Saint Francis, which stands on Ethnikís Antistaseos Street, almost at the junction of Tsouderon Street, where I have sometimes stayed during my times in Rethymnon. The church now hosts the Archaeological Museum of Rethymnon.

This morning, I am reflecting on some other thoughts expressed by Kazantzakis in God’s Pauper:

<< Δεν υπάρχει πράμα πιο κοντά μας από τον ουρανό. Η γής είναι κάτω από τα πόδια μας και την πατούμε, ο ουρανός είναι μέσα μας. >> ‘Nothing is nearer to us than heaven. The earth is beneath our feet and we tread upon it, but heaven is within us.’

‘What is the definition of heaven? Complete happiness. But how can anyone be completely happy when he looks out from heaven and sees his brothers and sisters being punished in hell? How can paradise exist if the inferno exists also? That is why I say—and let this sink deep down into your minds, my sisters—that either we shall all be saved, all of us together, or else we shall all be damned. If a person is killed at the other end of the earth, we are killed; if a person is saved, we are saved.’

‘To do the will of God means to do my own most deeply hidden will. Within even the most unworthy of men there is a servant of God, asleep.’

‘I had taken up my quill to begin writing many times before now, but I always abandoned it quickly: each time I was overcome with fear. Yes, may God forgive me, but the letters of the alphabet frighten me terribly. They are sly, shameless demons – and dangerous! You open the inkwell, release them: they run off – and how will you ever get control of them again! They come to life, join, separate, ignore your commands, arrange themselves as they like on the paper – black, with tails and horns. You scream at them and implore them in vain: they do as they please. Prancing, pairing up shamelessly before you, they deceitfully expose what you did not wish to reveal, and they refuse to give voice to what is struggling, deep within your bowels, to come forth and speak to mankind.’

‘Because what God wants, that, and only that, is also what we want—but we don't know it. God comes and awakens our souls, revealing to them their real, though unknown, desire. This is the secret, Brother Leo. To do the will of God means to do my own most deeply hidden will.’ 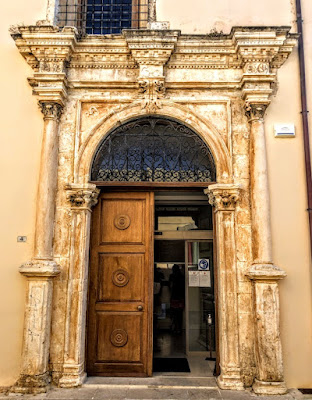 The magnificent doorway of the former Saint Francis Church and its composite columns are unique in Rethymnon (Photograph: Patrick Comerford, 2021)

Creator and Father of eternity, whose martyr Clement bore witness with his blood to the love he proclaimed and the gospel that he preached: give us thankful hearts as we celebrate your faithfulness, revealed to us in the lives of your saints, and strengthen us in our pilgrimage as we follow your Son, Jesus Christ our Lord, who is alive and reigns with you, in the unity of the Holy Spirit, one God, now and for ever.

God our redeemer, whose Church was strengthened by the blood of your martyr Clement: so bind us, in life and death, to Christ’s sacrifice that our lives, broken and offered with his, may carry his death and proclaim his resurrection in the world; through Jesus Christ our Lord.

Lord, help church leaders to stand faithfully as a prophetic voice to the nations. 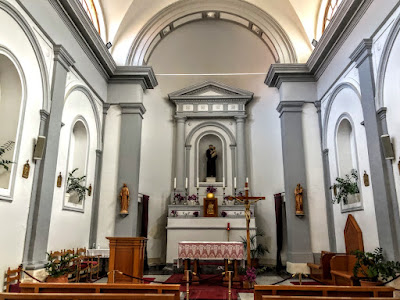 Inside the Franciscan Capuchin Church of Saint Anthony of Padua in Rethymnon (Photograph: Patrick Comerford, 2021) 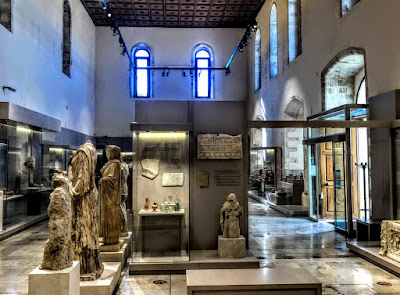 Inside the former Church of Saint Francis in Rethymnon (Photograph: Patrick Comerford, 2021)