Praying through poems and
with USPG: 10 January 2023 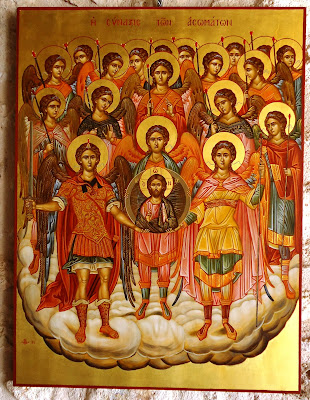 The Congregation of All Angels in an icon by a nun from the Monastery of Saint Irene near Rethymnon (Photograph: Patrick Comerford)

We arrived in Helsinki late yesterday, and are visiting the Revd Tuomas Mäkipää and Saint Nicholas’ Anglican Church with the Anglican mission agency USPG (United Society Partners in the Gospel) and the Diocese in . This is an opportunity to see how the church and church agencies in Finland are working with refugees from Ukraine.

My choice of a seasonal poem this morning is ‘Folk Scene’ by the Ukrainian poet Ivan Malkovych.

Ivan Malkovych was born in 1961 in Nyzhniy Bereziv (Ivano-Frankivsk oblast). He graduated from Kiev University in 1985, and started working as a literary editor for children’s publishers. He founded his own children’s publishing house in 1992, and lives and works in Kiev.

Ivan Malkovych is the author of four poetic collections. His poems are immersed in the world of a child’s imagination, and reinterpret traditional Ukrainian metaphors and lyrics. Recurring images in his poetry includes guardian angels, Ukrainian Christmas and a young Jesus Christ. 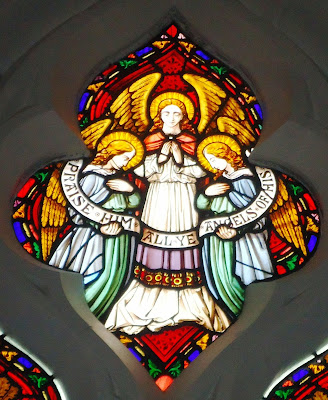 On a heap amidst thistles,
on coal, soggy from rains,
two angels dwell:

Near them – a lovely infant,
and no one can guess
who’s guarding whom?

Is the infant guarding angels, or
do white-winged ones watch the child,
leaping, aiming for heaven?

What can white angels do
on this black soil? crush coal
or weep into blue skies?

Each angel would carry the baby
into heaven’s garden any moment,
God does not will it …

On a heap of discarded Christmas trees,
and dirty orange peels,
on the frozen grass –

two angels and an infant
clutching a Christmas carol in its fist,
Christmas has gone. 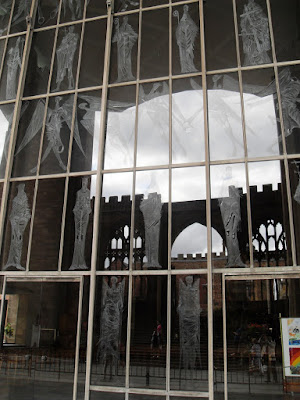 Let us pray for our brothers and sisters in the Episcopal Church of Liberia. May we join with them in focussing on intentional listening, witnessing and discipleship. 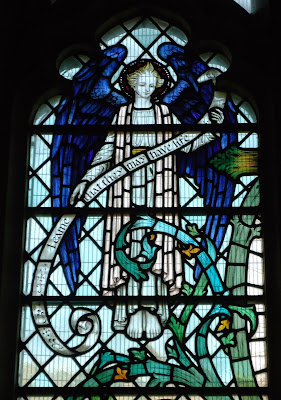 An angel in a window in the Round Church on Bridge Street, Cambridge (Photograph: Patrick Comerford)