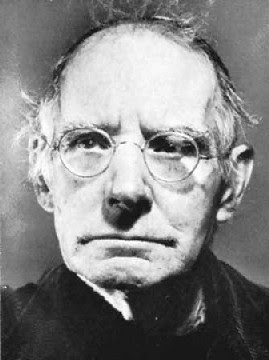 In recent days, Martin McGuinness has been blaming “West Brit elements” in the Dublin media for daring to ask questions about his past.

McGuinness has since taken the opportunity to try to explain his “West Brit” media conspiracy faux pas, saying: “No, no, I think there is a very tiny number of people who fit into that category, but there are undoubtedly a number of people out there who are very determined to try and undermine my campaign, but I’m not going to get fixated about any of that.”

Speaking to Newstalk’s Chris Donoghue at the National Ploughing Championships in Co Kildare, McGuinness said he respected that there would be people who would “try to muddy the waters” regarding his previous activity.

He blames “West Brit elements” in the media and in political parties for consistent references to his history of involvement in the IRA.

But he now says that this was an “off-the-cuff” remark.

Does someone have the gravitas and dignity for the office of President if they are taken aback during a planned interview, an interview pre-arranged and that has been agreed in advance, and makes racist and unacceptable “off-the-cuff” remarks?

How many other racist and unacceptable “off-the-cuff” remarks is this man capable of?

He now says that if he offended people in the media, “it wasn’t generally meant for the media.”

So who was it meant for then? For “West Brits,” but not for the media?

However, as Miriam Lord asked in The Irish Times afterwards, how can McGuinness reconcile his statements about being a President for all the people of Ireland when he also comes out with derogatory terms like “West Brit”?

What does this man mean by “West Brit”?

Does he mean that those of us who do not agree with his views on the conflict in Northern Ireland and his involvement in the IRA are not as Irish as he is?

Wikipedia defines the term this way: “West Brit, an abbreviation of West British, is a pejorative term for an Irish person, usually from Dublin, who is perceived by his or her countrymen as being too anglophilic in matters of culture or politics.”

The term was first borrowed from the equivalent term applied by the English to a Scot, a North Briton (the country being North Britain), although those terms are now obsolete as Scots so often heard a patronising tone in them.

There is a newspaper in Truro called the West Briton, so the term could also be used for people in Cornwall – or perhaps even in Wales too.

But in its present usage, the term originates from the 19th century and has evolved over the years since then. It is so deeply entrenched in Irish attitudes to Britain that its subtleties are difficult to grasp for someone who does not know the historical background.

The term “West Brit” gained prominent usage in the land struggle of the 1880s. By the 1900s, DP Moran, founder of The Leader, was using the term frequently to describe people he did not consider to be sufficiently Irish. It was synonymous with those he described as “Sourfaces,” those who mourned the death of Queen Victoria, and It included virtually all members of the Church of Ireland and those Roman Catholics who did not measure up to his definition of “Irish Irelanders.”

A sense of how the term came to be used can be grasped from a reading of James Joyce’s Dubliners, published in 1914: “Perhaps he ought not to have answered her like that. But she had no right to call him a West Briton before people, even in joke.”

In the early years of the Irish Free State in the 1920s, the term “West Brit” was used to discriminate against those who had a friendly attitude towards the United Kingdom and who were loath to cut ties with the neighbouring island. It seems, though, that by then the term was applied mainly to Roman Catholics because Protestants were presumed to be Unionists by nature – despite the fact that Irish nationalists and republicans had included Charles Stewart Parnell, Sean O Casey, Bulmer Hobson, Douglas Hyde and Ernest Childers.

In its least insulting sense, it refers to Irish people who have sympathies for the United Kingdom, or who take their cultural and social cues from England. Today, however, the term “West Brit” is usually used pejoratively to marginalise those who are identified with a variety of perceived faults:

● Certain people from Dublin.
● Those whose view of Irish history highlights positive aspects of English and British influence in Ireland.
● Those who criticise Irish nationalist rebellions.
● People who are influenced by British popular culture, but are embarrassed by or disdainful of aspects of Irish culture, including the Irish language, Gaelic games and traditional Irish music.
● People who are politically opposed to or indifferent to demands for a United Ireland.
● Individuals in the Republic of Ireland who support, or allegedly support, Unionism.
● Sometimes, in sporting terms, sports fans who support English soccer clubs, particularly if they have little or no time for local Irish clubs.
● The term is used also for Protestant Dubliners perceived as having liberal attitudes to moral issues.

A similarly pejorative term is “Castle Catholic,” which was used specifically by Republicans for middle-class Catholics who had been assimilated into the pro-British establishment. The term was taken from Dublin Castle, which had been the centre of the British administration until 1921. Sometimes, the exaggerated pronunciation “Cawtholic” was used to suggest an accent imitative of British Received Pronunciation English. At times, it was even used for the residents of south Dublin suburbs such as Rathmines and Rathgar.

The old-fashioned word “shoneen” (Irish seoinín, “Little John”) was applied to someone who affected the habits of the “Protestant Ascendancy.” PW Joyce, in his English As We Speak It In Ireland, says it describes “a gentleman in a small way: a would-be gentleman who puts on superior airs.”

By way of contrast, the term “Little Irelander” has been used as a derogatory term for an Irish person who is seen as excessively nationalistic, Anglophobic, and xenophobic, sometimes also practising a strongly conservative form of Roman Catholicism.

West Briton remains a favourite insult used by members of Sinn Fein and the IRA, who sometimes use it for somebody who is seen as retaining a subservient attitude to the United Kingdom.

It implies that people who are covered by their application of the term are not truly Irish and have no place in the Irish nation.

It has racist connotations too. If “Brits Out” is one slogan daubed in graffiti that marks out areas controlled by the IRA and Sinn Fein, then, one must suggest, that slogan now also implies: “West Brits out.”

I remember one or two bullies at school in the late 1960s trying to apply to me the labels “West Brit” and “Anglo-Irish” – they got their answer.

If there is no place in Martin McGuinness’s ugly new Ireland, for “West Brits,” the “Anglo-Irish,” those who speak Received Pronunciation English, those who enjoy cricket and rugby, those whose parents were born in Rathmines and Rathgar, those whose father or grandfather fought in the British Army in World War I or World War II, those who wear a poppy, those who received part of our education in England or worked there for a while, those who are proud of that part of our ancestry that is English (even if generations ago), or those who oppose 40 years of murderous violence on this island, then I hope his canvassers decide not to knock at my door during their electioneering.

And, yes, I would like an apology too – although there are too many other incidents and more obvious acts of violence and intimidation that require and demand an apology first.

Posted by Patrick Comerford at 19:49

Email ThisBlogThis!Share to TwitterShare to FacebookShare to Pinterest
Labels: Diversity and Pluralism, History

Sinn Fein: if you disagree with us you're not really Irish.

A little over the top perhaps, Patrick? Cousins in England who have all but forgotten their Irish Munster roots think it a grand joke to describe those of us who remain here, proudly Irish, as the 'Stranded Gentry'!

we've got a west londoner here - allegedly running our national flag carrier - do you want him back to strengthen your argument - B'jas' he"s a Joyce..

Fine though for Eamonn Dunphy (When with the Indo
), Michael Viney,Aoife Lord,John Drennan,Ian O'Doherty, Ivan Yates to voice their dislike of "Nordies", (An inaccurate pejorative term) What Patrick? You never knew that?

Fine though for Eamonn Dunphy (When with the Indo), Michael Viney,Aoife Lord,John Drennan,Ian O'Doherty, Ivan Yates to voice their dislike of "Nordies", (An inaccurate pejorative term) What Patrick? You never knew that?