Celebrating this year’s Week
of Prayer for Christian Unity 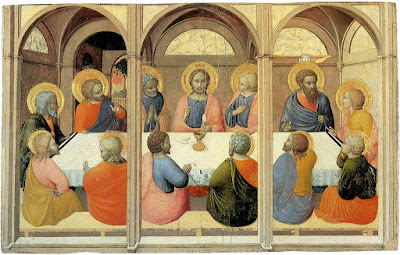 To mark the 500th anniversary year of the beginnings of the Reformation, the theme of the Week of Prayer for Christian Unity this year is ‘Crossing Barriers.’ The 2017 resource material was prepared for worldwide use by the churches in Germany based around the verses in II Corinthians 5: 14-20 that announce that God has, in Christ, reconciled the world to himself: ‘Reconciliation – The Love of Christ Compels Us’ (II Corinthians 5: 14-20).

The materials for this year have two emphases: reflection upon the main concerns of the churches marked by Martin Luther’s Reformation; and recognition of the pain of the deep divisions within the Church that followed. This theme is seen as an opportunity to take steps toward reconciliation.

The theme finds its origins in Pope Francis’s Apostolic Exhortation in 2013, Evangelii Gaudium (‘The Joy of the Gospel’), where he cites the quote: ‘The Love of Christ Compels Us’ (Paragraph 9).

The Council of Churches in Germany (ACK) produced the resources for this year, with a 10-member committee representing different churches developing the texts and materials.

This biblical text emphasises that reconciliation is a gift from God, intended for the entire creation. ‘God was reconciling the world (kosmos) to God’s self in Christ, not counting people’s sins against them. And he has committed to us the message of reconciliation’ (verse 19). As a result of God’s action, those who have been reconciled in Christ are called in turn to proclaim this reconciliation in word and deed: ‘The love of Christ compels us.’

The Week of Prayer for Christian Unity takes place between 18 and 25 January. I was asked this morning in a tutorial group about the significance of these dates. The dates were first proposed in 1908 by Father Paul Wattson, founder of the Society of the Atonement, to cover the original days of the feasts of the Chair of Saint Peter (18 January) and the Conversion of Saint Paul (25 January), and so they have a symbolic significance.

The Chair of Saint Peter is kept in Saint Peter’s Basilica in the Vatican, and tradition claims that Saint Peter used it as Bishop of Rome. It is enclosed in a sculpted gilt bronze casing designed by Gian Lorenzo Bernini between 1647 and 1653.

In 2012, Pope Benedict XVI described the chair as ‘a symbol of the special mission of Peter and his Successors to tend Christ’s flock, keeping it united in faith and in charity.’

The wooden throne was a gift from the Emperor Charles the Bald to Pope John VIII in 875, and dates from the the sixth century. It is the cathedra of Saint Peter’s Basilica, and it distinct from the Papal Cathedra in the Basilica of Saint John Lateran in Rome, which is the cathedral church of the Pope as Bishop of Rome.

It could be said that the move for Christian unity has its roots in the 19th century and the desire of Christians to pray together. In 1846, for instance, the Evangelical Alliance was established in London and had developed both international and inter-church connections. At the same time, John Henry Newman and other leading Anglicans in the Oxford Movement and the Church of England were publishing tracts in the hope of bringing Anglicans in the 19th century back to the more liturgical and sacramental practice of the Church.

The Association for the Promotion of the Unity of Christians was founded in 1857 with Anglican, Roman Catholic and Orthodox participation. Its purpose was ‘for united prayer that visible unity may be restored to Christendom.’ Unfortunately, Rome withdrew its support for the association.

In 1894, Pope Leo XIII encouraged Roman Catholics to recite the rosary for the intention of Christian unity. In 1897, he decreed in Provida Matris that the days between Ascension and Pentecost should be dedicated to prayer for reconciliation with ‘our separated brethren.’ In his encyclical Divinum Illud, Pope Leo sought to establish this practice of prayer for unity as a permanent feature of the Roman Catholic Church.

The Church Unity Octave was first observed in January 1908 in the chapel of the small convent of the Atonement Franciscans, formed first as an Anglican religious community within the Episcopal Church, on a remote hillside 50 miles outside New York City.

This new prayer movement caught the imagination of others beyond the Franciscan Friars and Sisters of the Atonement to become an energetic movement that gradually blossomed into a worldwide observance involving many nations and millions of people.

Two American Episcopalians, Father Paul James Wattson and Sister Lurana White, were the co-founders of the Franciscan Friars and Sisters of the Atonement. Both were totally committed to the reunion of the Anglican Communion and the Roman Catholic Church. They started a prayer movement that explicitly prayed for the return of non-Roman Catholic Christians to the Holy See. But at the time they attracted few supporters apart from a small number of Anglo-Catholics and Roman Catholics.

The idea of a period of prayer for Christian unity originated in a conversation between Father Wattson and an English Anglican priest, the Revd Spencer Jones (1857-1943), Rector of Batsford with Moreton-in-Marsh, Gloucestershire. Father Jones had preached a sermon in favour of Anglican union with the Roman Catholic Church in Saint Matthew’s Church, Westminster, in 1900. In 1907, Spencer Jones suggested setting aside a day of prayer for Christian unity. Paul Wattson agreed but offered the idea of an octave of prayer between the Feast of Saint Peter’s Chair (18 January) and the Feast of the Conversion of Saint Paul (25 January).

In 1913, the Faith and Order Commission of the Episcopal Church published a leaflet promoting prayer for unity on Whitsunday and in 1915 published a Manual of Prayer for Unity.

Meanwhile, Father Paul and Sister Lurana became Roman Catholics, and Pope Pius X gave his blessing to the Church Unity Octave. Then, 100 years ago, in 1916, Pope Benedict XV extended its observance to the whole church. This recognition by papal authority gave the Octave its impetus throughout the Roman Catholic Church. Four years later, the preparatory Conference on Faith and Order in Geneva in 1920 appealed for a special week of prayer for Christian unity ending with Whitsunday.

In 1935, Abbé Paul Couturier, a priest of the Archdiocese of Lyons, first promoted prayer for Christian unity on the inclusive basis that ‘our Lord would grant to his Church on earth that peace and unity which were in his mind and purpose, when, on the eve of His Passion, He prayed that all might be one.’ This prayer would unite Christians in prayer for that perfect unity that God wills and by the means that he wills.’

Until his death in 1940, Father Paul Wattson continued to promote the Church Unity Octave, later known as the Chair of Unity Octave to emphasise its Petrine focus, through his magazine, The Lamp.

At Vatican II in 1964, the Decree on Ecumenism encouraged Roman Catholics to join in prayer services for unity and in ecumenical gatherings.

For 2017, the biblical text emphasises that reconciliation is a gift from God, intended for the entire creation: ‘God was reconciling the world (kosmos) to God’s self in Christ, not counting people's sins against them. And he has committed to us the message of reconciliation’ (verse 19). 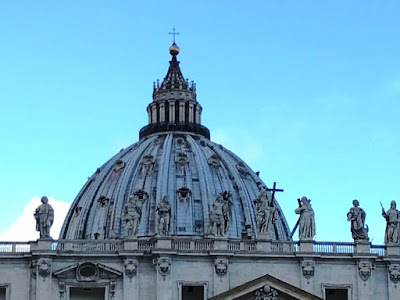