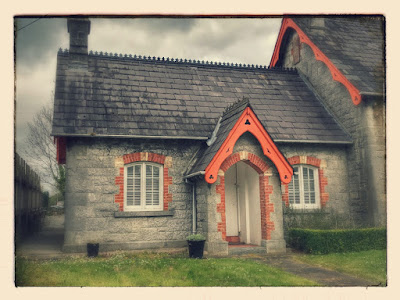 Some weeks ago, I wrote about an interesting connection between Newcastle West and the Irish Philhellenes – those Irish men and women who were involved in the Greek War of Independence in the 19th century and who engaged in the political aftermath in Greece.

Now I am wondering what has happened to a missing plaque on a row of estate cottages in Newcastle West that link this part of West Limerick with one of the most prominent Irish Philhellenes.

Sir Charles James Napier (1782-1853), an Irish general who was Governor of Kephalonia. He was a first cousin of the 1798 leader Lord Edward FitzGerald, and his childhood home was in Celbridge House, now known as Oakley Park, in Celbridge, Co Kildare.

Napier was the British Resident or colonial governor of the Ionian island of Kephallonia, and there he lived with a young, beautiful, patriotic Greek woman, Anastasia. Although they never married, they had two daughters, Susan Sarah, born in 1824, and Emily Cephalonia, named after Lord Edward FitzGerald’s mother and Napier’s beloved Greek island.

In a sad twist to this love story, Anastasia obstinately refused to marry Charles, and refused to accompany him to England in 1824. Two years later, as he was leaving for London for his mother’s funeral, he tried to leave their two small daughters with Anastasia, but she put the girls in a small boat, pushing them out to sea after him.

The two girls were rescued by a local fisherman, and eventually, after being reunited with their father, were entrusted once again to the care of an Irish-born member of Napier’s staff, John Pitt Kennedy (1796–1879), from Co Donegal.

Anastasia’s identity has never been established with certainty, and she died at a young age. To the surprise of his family and friends, Charles Napier subsequently married the poor and invalided Elizabeth Kelly in April 1827. She was a widow of over 60 with grown-up children and grandchildren.

Napier left Kephallonia with his gravely ill wife Elizabeth in 1830, and while he was on leave in London his appointment to Kephallonia was annulled, his papers were seized and he was forbidden to return to Kephallonia.

Some time later, Edward Curling left Kephallonia, taking Napier’s two daughters with him and bringing them to their father in England. Until Napier’s elderly wife Elizabeth died on 31 July 1833, she treated the girls as her own children. When she knew she was dying, wrote a book, the Nursery Governess, to help Napier find someone to care for them after her death. Napier took an active interest in their education, teaching them geography and maths as well as languages.

Edward Curling (1807-1874), who was born in St Nicholas-at-Wade, Ken, was a great nephew of Elizabeth Napier. He had worked for Napier on Kephallonia from 1828 to 1831. In recent weeks, a member of his family contacted me with further family details that link this episode in the story of the Irish Philhellenes with Newcastle West.

When Edward Curling left Kephallonia, he brought his Maltese-born wife Rosalina (Rosa) Vittoria Curling (nee Mallia), to England with him and was appointed the Land Agent for Sir Henry Bunbury’s estate near Bury in Suffolk. Sir Henry Bunbury had married Charles Napier’s sister, Emily Louisa Napier, and Lady Sarah Lennox, mother of Emily and Charles, had been first married to Sir Henry’s uncle.

Edward worked on the Bunbury estate for 16 years before moving to Newcastle West, Co Limerick, in 1848 as the land agent for the Devon estate, centred on the castle in Newcastle West.

Charles Edward Napier Curling seems to have succeeded his father sometime before 1874 as agent for the Devon Estate in Newcastle West, for two years earlier a pretty row of estate workers’ cottages was built in Bishop Street, Newcastle West in 1872.

An inscription that once decorated these cottages, but that has long disappeared, read: ‘Erected by public subscription as a token for his service to Charles Edward Napier Curling Esq JP.’

These pretty cottages, with their steep overhanging roofs, flamboyant bargeboards, their decorative use of brick for the window surrounds, and their pitched-roof porches, make them look more like cottages in a rural setting in England than in provincial west Limerick.

Charles Edward Napier Curling was succeeded by his son Richbell Curling as the land agent for the Devon estate. The Curling family eventually bought the castle and the Devon estate in 1920, and remained in Newcastle until the 1940s.

But it would still be interesting to discover what happened to the plaque on these cottages that link Newcastle West, the Curling family and the Irish Philhellene Sir Charles Napier. 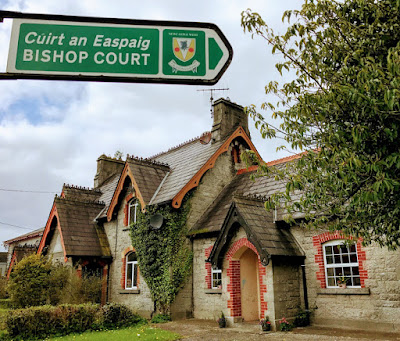