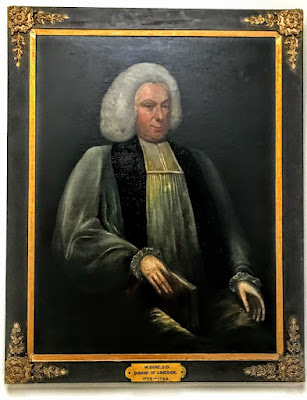 The portraits of many former Deans and Bishops of Limerick have been given new places in Saint Mary’s Cathedral, Limerick, in recent weeks. Some have come from the RCB Library in Dublin, and others have been found new places of prominence in the Chapter Room and the dean’s office.

In 1783, he commissioned building a Manor House at Old Conna, near Bray, Co Wicklow. Old Conna House, or Old Connaught House, was rebuilt for Phineas Ryall in 1860 by Lanyon and Lynn. It later became an hotel, a private school and is now part of a private and gated development of apartments. 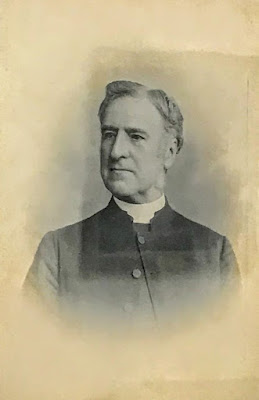 He was Dean of Limerick from 1872 to 1899, when he became Bishop of Limerick, Ardfert and Aghadoe. As a Church leader in Limerick, Bishop Bunbury was singular in his strong condemnation of the violence against the Jews of Limerick in 1904. But on 20 April 1904, the Mayor and Corporation passed a motion: ‘We condemn and repudiate in the most emphatic manner the attack made by Dr Bunbury on the good name of the city … which we consider unjustifiable and uncalled for.’

In sectarian tones, the Munster News warned: ‘Let Bishop Bunbury behave himself. The days are gone when a Papist, ridden over by a Protestant fox-hunter, should crawl hat-in-hand to beg his honour’s pardon for having been in the horse’s way.’ 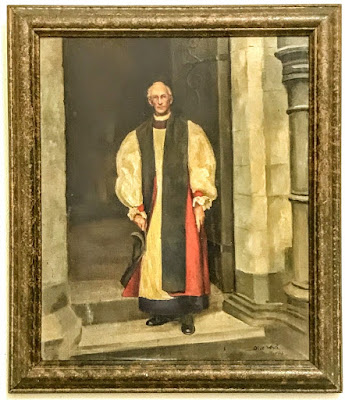 Harry Vere White (1853-1941) was Bishop of Limerick at the time of Irish Independence and the formation of the Irish Free State in the early 20th century.

Later, Harry Vere White was Archdeacon of Dublin (1917-1918) and Dean of Christ Church Cathedral, Dublin (1918-1921). He then became Bishop of Limerick, Ardfert and Aghadoe in 1921. He retired in 1933, and died on 20 January 1941. He wrote many pamphlets and small books, including a biography of Bishop John Jebb of Limerick and a short history of SPG in Ireland. 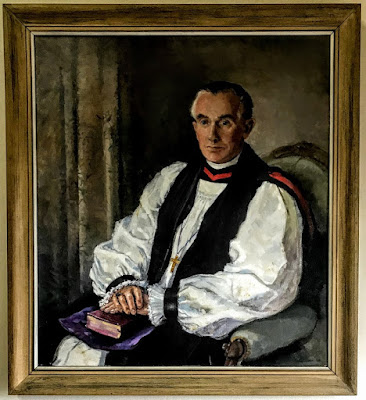 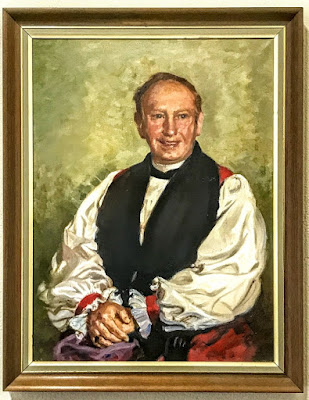 He was born in Dublin and educated at Wesley College and He was a curate in Saint Mark’s, Dundela (1950-1953) and Chaplain and an Assistant Master at Portora Royal School, Enniskillen (1953-1957), and then lecturer in philosophy at Saint David’s University College, Lampeter. He returned to Dublin as Rector of Rathmichael (1960-1969), when he also lectured at the Church of Ireland Theological College, Dublin.

The portraits of these five bishops have been joined by two portraits of Dean Lucius O’Brien. An eighth portrait has yet to be identified. 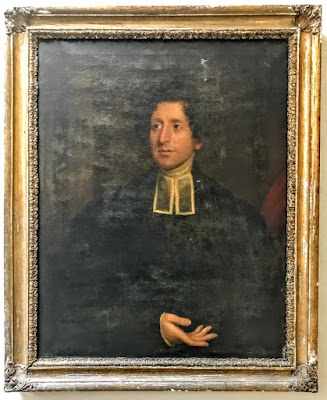 A portrait of an unidentified bishop or dean in the chapter room in Saint Mary’s Cathedral, Limerick (Photograph: Patrick Comerford, 2018)

Posted by Patrick Comerford at 08:25

Is there a picture or place for Rev.Gerald Beere ?