A forgotten Yiddish theatre,
the mohel and the composer
near an East End synagogue 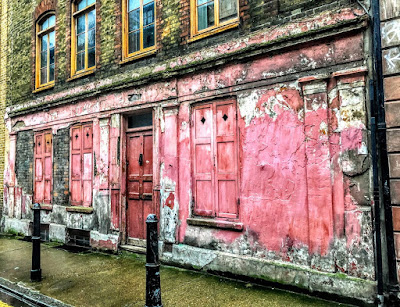 Princelet Street, off Brick Lane, is part of the colourful story of the Jewish East End in London (Photograph: Patrick Comerford, 2020)

No 6 Princelet Street, on the opposite side of the street to the former Princelet Street synagogue, was once numbered as No 3 Prince’s Street and was home to a 19th century Yiddish theatre.

The theatre was built by David Smith, a wealthy butcher, to showcase the talents of Jacob Adler – a Jewish actor who fled the pogroms in Odessa in Tsarist Russia in 1883. Adler began the Hebrew Dramatic Club, which performed in rented rooms in London. But he wanted a permanent home, and the theatre on what was then Prince’s Street opened in 1886.

Sir Samuel Montagu, Liberal MP for Whitechapel, philanthropist and founder of the Montagu bank, launched an appeal to raise funds for Smith’s theatre and was honorary president of the appeal.

When the theatre was completed it was named the Prince’s Street Club. It had an orchestra pit and a gallery and could seat an audience of 300 people. The premises also included a members’ library, for which members subscribed one shilling a year.

The repertoire of Adler’s company included the works of Shakespeare, Schiller, Goldfaden and other playwrights. The theatre was rooted in the local community, and whenever the troupe was short of numbers it drew upon the talents of willing local residents.

Sadly, the theatre did not last long. On the night of 18 January 1887, when a popular operetta, The Gypsy Girl, was being staged, a member of the audience called out ‘Fire!’ A full house rushed for the exits, and 17 people were crushed or suffocated to death in the ensuing melee, including two pregnant women.

The theatre never recovered its reputation and closed shortly after. Adler emigrated to New York the following month, helped by a gift of £200 from local rabbis. He later found fame in New York’s Yiddish Theatre, but often returned to London to perform in the Yiddish theatre.

Eventually, the Princelet Street Theatre was taken over by a group known as the ‘Jargon Players’ – ‘jargon’ was a slang word for Jewish among the Jews of the East End. 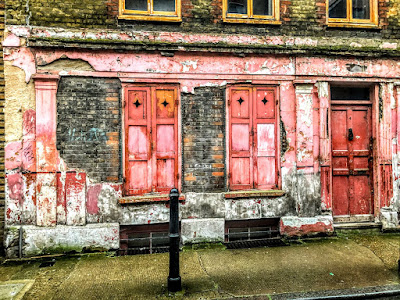 No 8 Princelet Street, once the home of the the Revd Alexander Tertis and his son the violist Lionel Tertis (Photograph: Patrick Comerford, 2020)

Next door, at No 8 Princelet Street, a viola is embedded in the pavement outside to commemorate the once-famous viola player Lionel Tertis (1876-1975) who lived in the house.

No 8 Princelet Street was once the home of his father, the Revd Alexander Tertis, who was the cantor or reader at Princes Street synagogue across the street at No 19. Apart from leading the Shabbat morning service he was also a skilled mohel or ritual circumciser, according to an advert he placed in the Jewish Chronicle in 1886:

The Reverend A Tertis (Reader of the Princes Street Synagogue), Practical and skilful mohel.

By 1890, Alexander Tertis appears to have moved up in the world due to increasing demand for his professional skills. He was still living at the same address, but his advert in the Jewish Chronicle proclaimed:

Circumcisions, Reverend A Tertis, surgeon-mohel and chief practitioner in the above profession

8 Princes Street, Spitalfields, London E. Patrons are requested to give 5 or 6 days notice, he having a very extensive practice.

Tertis later moved to Stamford Hill, where he was still circumcising into his old age. One of his last adverts reads:

When Alexander Tertis moved out of Princelet Street, another mohel moved in next door at No 6. Tertis died in 1918 and is buried in the Federation cemetery in Edmonton.

Alexander Tertis was the father of Lionel Tertis, one of the most celebrated viola players of the 20th century. As Professor of Viola at the Royal Academy of Music from 1900, he encouraged his colleagues and students to compose for the instrument, thereby greatly expanding its repertoire.

Lionel Tertis died at the age of 98 in 1975. His fame is typical of the upwardly mobile progress experienced by many Jewish families in the East End as the immigrant generation was succeeded by the English-born generation. 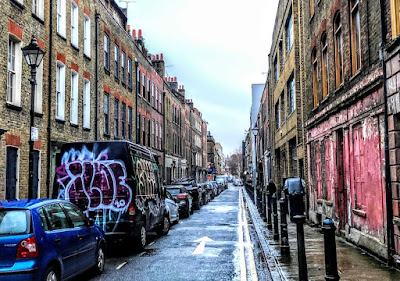