‘The word of God offers a way
of life, not a snatched photo
opportunity or sound bite’ 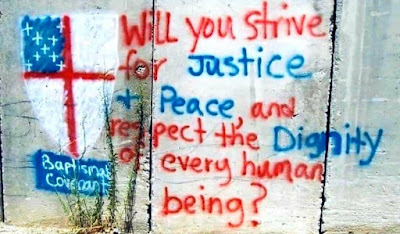 ‘Will you strive for justice and peace …, and respect the dignity of every human being’ … a reminder of the Baptismal Covenant in the Episcopal Church during a recent protest in the US

As I put the finishing touches to my sermon for next Sunday morning (21 June 2020), I am aware that many people may find the first reading (Genesis 21: 8-21) is distressing, with its story of exclusion and marginalisation.

It is a difficult story on Father’s Day of the abandonment of a mother and child, pushed out of society and abandoned in the wilderness.

God’s response is one of compassion and mercy, and the model for a father’s behaviour that is offered in next Sunday’s reading is God alone, and not Abraham.

In many ways, Abraham throughout his life story seems to get it wrong, just like the disciples seem to get it wrong throughout the Gospel stories. Abraham misunderstands God’s promise at the Oaks of Mamre, and Sarah laughs. Abraham misunderstands God’s promise, and thinks this is still a god like the other vengeful gods of the Middle East, demanding the human sacrifice of the first born – but is stalled by God before he makes a cataclysmic mistake.

And in Sunday’s story, Abraham’s actions create a story that discrimination allows against the perceived descendants of Ishmael to this day – an excuse for Islamophobia – when God’s response is one of compassion and mercy towards Hagar and Ishmael.

Biblical passages continue to be misinterpreted and misread in the present crisis over racism that is rocking the world, and used to distort the discussions about ‘Black Lives Matter.’

What would have happened to Hagar and Ishmael had God heard their cry but responded, ‘Yes, but all mothers and children matter … and I must be off to pay attention to Sarah and Isaac alone … after all, all lives matter!’

If you told me you had been infected with Covid-19 and asked me for my prayers, how would you feel if I told you, ‘Yes, but all sick people matter. Consider yourself included in the intercessions on Sunday when we pray for the sick and dying?’ Would you think I cared? Would you think you matter to me? But all lives matter.

If you told me your parent or your spouse died and asked for my compassion, how would you feel if I told you, ‘Yes, but all who grieve and mourn matter. Consider yourself included in the Sunday intercessions when we pray for the bereaved?’ Would you think I cared? Would you think you matter to me? But all lives matter. 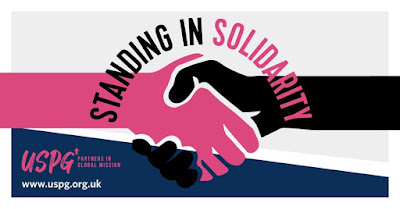 In her open letter to the British Government this week, and in her interview on Sky News last night, Kanya King describes racism as a pandemic. It was good last night to see Aston Villa players in their warm-up kit proclaiming ‘Black Lives Matter’ and taking a knee before the kick-off.

For the past five years I have been a trustee of the Anglican mission agency USPG (United Society Partners in the Gospel), and for many years before that I was a member of the council of USPG.

Earlier this month, the Revd Duncan Dormor, general secretary of USPG, joined with the representatives of some other Anglican mission agencies ‘to express our outrage and condemnation at the brutal killing of George Floyd and express our heartfelt solidarity with the African-American communities of the United States and with all within our own country who experience the pernicious nature of racism.’

In their open letter, they say, ‘Such racism, whether it leads to murderous violence or manifest itself in everyday acts of discrimination and prejudice is abhorrent, offensive in the sight of God and a denial of our common humanity.’

They add: ‘As leaders of Anglican mission agencies who work in partnership with churches in the UK and throughout the wider Anglican Communion, we stand in solidarity with the expression that ‘Black Lives Matter’. Whilst we reject violence of any kind, through our work we re-commit ourselves to speak out and stand up against every form of racism.’

In their letter, they ‘acknowledge the pervasive and systemic reality of racism within ourselves, our communities and the structures of British society.’

They recognise ‘that this racism has deep historical roots, which shape our institutions, the practices of our communities and the attitudes of individuals and societies. The appalling treatment of members of the Windrush generation in recent years is just one monstrous example.’

They recognise that the ‘discussion of racism cannot be separated from an exploration of white privilege and the historical legacies of the Transatlantic Slave trade and British imperialism.’ They also say ‘that those of us who benefit from the historic privileges associated with whiteness have a responsibility to question that privilege and seek to understand something of the pervasive character of everyday racism suffered by our brothers and sisters.’

They point out that their work ‘is rooted in an affirmation of the fundamental dignity and value of all God’s children made in his image.’

In solidarity with Bishop Michael Curry, the Presiding Bishop of the Episcopal Church, they unequivocally condemn outright ‘the way in which Donald Trump sought to evoke the power of the Christian tradition to justify his actions in response to the crisis by posing in front of St John’s Church, Washington DC and wielding a Bible. The word of God offers us a way of life, not a snatched photo opportunity or sound bite.’

And they conclude: ‘Black Lives Matter to all of us.’

Of course, there are critics who disguise their opposition to clergy speaking out on issues like this, accusing us of bringing politics into religion, and fail to see that we are bringing our religious values into the crisis of the world, which is precisely what mission is about.

At our ordination in the Church of Ireland, priests and deacons are asked:

‘Will you be faithful in visiting the sick, in caring for the poor and needy, and in helping the oppressed?’ We are asked too: ‘Will you promote unity, peace, and love among all Christian people, and especially among those whom you serve?’

Priests are charged to ‘search for God’s children in the wilderness of this world’s temptations, and to guide them through its temptations …’ Deacons are charged ‘to ensure that those in need are cared for with compassion and humility. They are to … search out the careless [those who have no-one to care for them] and the indifferent, and minister to the sick, the needy, the poor and those in trouble.’

These are an integral part of our understanding of ordained mission – they are part of the ‘job description.’

I am interested that the Episcopal Church makes these understandings part of the ministry of all the baptised. The Baptismal Covenant is very specific when the people are asked: ‘Will you seek and serve Christ in all persons, loving your neighbour as yourself?’ And then, more specifically, it asks: ‘Will you strive for justice and peace among all people, and respect the dignity of every human being?’ 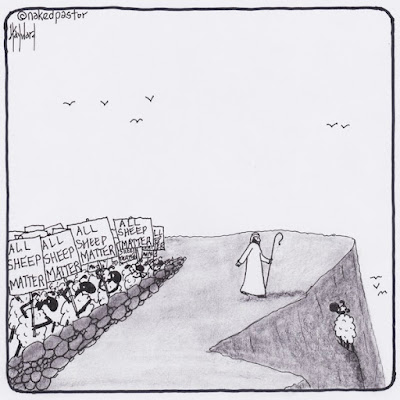