Are you right there, Michael?
Do you think you’ll get to
Kilrush before the night?

On the way back from Loop Head to the ferry at Killimer on Sunday afternoon (19 July 2020), two of us stopped again in Kilrush to see the Percy French Bar on Moore Street, which recalls so many humorous memories of the West Clare Railway.

Earlier that afternoon, we had admired a monument and plaque at the Marina in Kilrush that also recalls the West Clare Railway, which ran until 1961, and became the inspiration for one of the many ballads written by the songwriter Percy French.

This was a steam driven 3 ft narrow-gauge rail that ran from Ennis along the west coast of Clare, stopping at many points along the way to two termini, one at Kilrush and the other at Kilkee.

Many attempts before 1887 to provide a rail service in west Clare failed because of this was seen as remote area and investors were reluctant to risk the capital needed. New possibilities opened when the Tramways Act was passed in 1883. A narrow gauge track halved the construction costs and guaranteed returns to the investors.

William Martin Murphy was appointed as the contractor to build the railway. Murphy later became a major newspaper proprietor and caused the cause of the workers’ lockout in Dublin in the early 20th century.

While the West Clare railway was being built, a number of the directors formed a second company to build a similar line serving Kilrush and Kilkee. The two companies worked closely and the southern part of the line was eventually completed at the end of 1892.

The locomotives were designed to pull loads at a speed of 25 mph over gradients as fierce as 1 in 50 along a track 48 miles long.

The West Clare Railway guaranteed faster delivery of goods and services and brought new life to the area. Postal services quickened, newspapers from Dublin became available on the day, Kilkee became known as the ‘Brighton of the West,’ and the Lahinch golf course was laid out at this time.

The Lisdoonvarna Festival each September gained a new lease of life as passengers could get as near as Ennistymon from all parts of Ireland. The Burren cattle trade was enhanced, and the Kilrush Horse Fair and the Lahinch Garland Day celebrations took on a new significance.

By the turn of the 19th and 20th centuries, five trains ran each way between Ennis and Kilrush and Kilkee, with many stopping points along the way. More than 200,000 passengers travelled on the line, with two-thirds of the passengers travelling during the summer months, and 80,000 tonnes of freight and livestock were carried each year.

The only service lost during World War I was the excursion trips by steamboat from Limerick via Cappa Pier to Kilkee. German U-boats in the Shannon Estuary put an end to them and they were never revived.

Despite the violence of the War of Independence and the Civil War, the railway continued to run. With the grouping of Irish railways after independence, the line became part of the G&SR, and the maintenance of the locomotives was based at Limerick.

During World War II, Ireland had no coal reserves and fuel became a serious concern. The West Clare Railway used local turf that was plentiful but unsuited for a steam engines’ boilers.

In post-war economic problems of the late 1940s, many Irish railway lines were closed or changed to diesel traction. The WCR was recommended for closure, but there was strong local opposition and the line became the only narrow-gauge line to receive significant investment in diesel traction, line, signalling and operating improvements.

The national railway Córas Iompair Éireann (CIE) replaced the steam engines with diesel engines. However, Clare was still losing population and emigration was, indeed, increasing. There was just not enough traffic and the last steam passenger train departed from Ennis on 15 March 1952. The line finally closed on 31 January 1961.

Percy French wrote ‘Are ye right there Michael’ in 1902, parodying the reputation of the West Clare Railway. He was inspired by an actual train journey in 1896.

Because of a slow train and the decision of the driver to stop for no apparent reason, French, who had left Sligo in the early morning, arrived so late for an 8 pm recital that the audience had left. The ballad caused considerable embarrassment for the rail company, which was mocked in music halls throughout Ireland and Britain because of the song.

The song led to an unsuccessful libel action against French. It is said that when French arrived late for the libel hearing, the judge chided him for being late. French reportedly responded, ‘Your honour, I travelled by the West Clare Railway,’ and the case was thrown out. 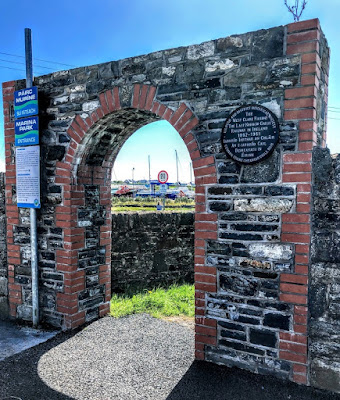 A popular version by Brendan O’Dowda adds lyrics which may not have been part of the original: 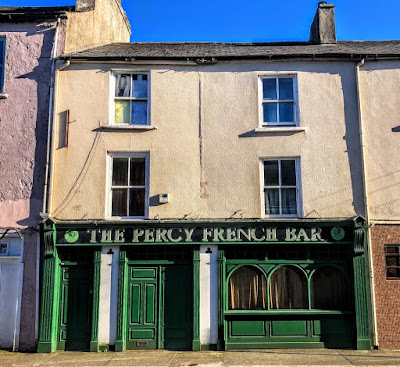