The plans that betray
the original ideals
in early football clubs

A panorama of Villa Park from the Trinity Road Stand (Photograph: Harry Vale/Wikipedia)

We have exchanged banter this season, as Aston Villa hovered around the middle of the table, never quite making into the top flight, while Newcastle eventually managed to avoid relegation.

On occasions, we have gone together to fixtures in England and Ireland home games in Dublin; we are ‘ABU’ supporters (‘Anyone But United’); and we have shared the same criticism of recent plans to create a ‘European Super League.’

Not that either Aston Villa or Newcastle were ever going to be considered for any new ‘super league.’ But the notions that football clubs are commodities to be traded and that ticketholders are customers and not fans or loyal supporters, eat away in insidious ways at many of the principles that undergird local support for local teams.

Fans saw the scheme as the ‘ultimate betrayal.’ Supporters of the ‘English Six’ – Arsenal, Chelsea, Liverpool, Manchester City, Manchester United and Tottenham Hotspur – were vocal in their protests.

Chelsea supporters already resent the Russian owner Roman Abramovich, an oligarch close to Vladimir Putin. Manchester United fans feel scorned by the American Glazer family, who secured their loans to buy the club against its assets, including Old Trafford. 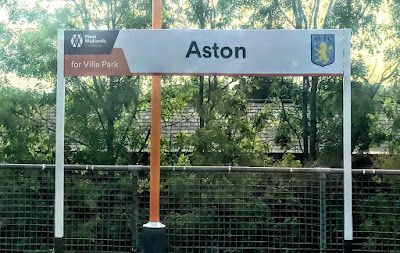 Aston, the home station for Villa Park … it had an early attraction as the first club on the line from Lichfield to Birmingham (Photograph: Patrick Comerford)

Perhaps Manchester United fans went over the top when they invaded the pitch at Old Trafford; they certainly went beyond peaceful protest when police were injured and the teams’ hotel was besieged.

The cancellation of the ‘super league’ has been hailed as a victory for fans. But it may yet turn out to be nothing more than a Pyrrhic victory. The owners of the big clubs seem more interested in profit margins and the money earned through pay-to-view television, advertising, gambling and merchandising.

No-one failed to notice the irony of Boris Johnson pretending to take an interest in the plight of mainly working-class fans. That irony was compounded by the fact that the Prime Minister who made Brexit his trademark was opposed to taking the elite clubs out of the give-and-take of a league system that brings together the strong, the mediocre and the weak.

Some commentators also link Johnson with a Saudi bid to buy Newcastle United from Mike Ashley of Sports Direct. There are objections to a foreign state becoming a major stakeholder in a very integral part of English identity, and protesters accuse Saudi Arabia of abuses of human rights, including the murder of the US-based Saudi journalist, Jamal Khashoggi, in the Saudi consulate in Istanbul in 2018.

The CIA links the murder to Crown Prince Mohammed bin Salman, and the Premier League is worried the bid could make the Crown Prince the effective owner of the club.

The church origins of
so many English clubs

This is not the first time for something like this in English football. In the 1990s, the top clubs broke away to form the Premier League.

But all of this is light years away from the origins of many English clubs, that can be traced to works kick-abouts and the ‘social gospel’ ideas of many Victorian parishes and churches, keen to provide facilities that offered healthy exercise and social activities for young men and boys in the rapidly expanding, industrial swaths of England.

Aston Villa, for example, was formed in 1874 by members of the Villa Cross Wesleyan Chapel in Handsworth, which is now part of Birmingham, and played its first match against the local Aston Brook Saint Mary’s rugby team, formed in a Church of England parish church that was demolished in the 1970s.

Aston Villa was one of a dozen teams that competed in the inaugural Football League in 1888, and one of the club’s directors, William McGregor (1846-1911), was the league’s founder and chair of the Football Association Aston Villa became as the most successful English club in the Victorian era, winning five League titles and three FA Cups by 1901.

For 40 years, McGregor worshipped at Wheeler Street Congregational Church in Aston. The Revd WG Percival said the best thing about him ‘was not so much the genial, kindly, honest sportsman, but the Christian behind it all.’ When he died, McGregor was buried in the churchyard at Saint Mary’s, Handsworth.

Aston Villa’s arch-rivals are Birmingham City, with games between the two clubs – first played in 1879 – known as the ‘Second City Derby.’ Birmingham City was formed by members of Holy Trinity Church choir and Saint Andrew’s, the name of the club’s home ground, also points to early church links.

Other teams in the region include Wolverhampton Wanderers, another founding club in the Football League in 1888. Wolves were formed as Saint Luke’s FC in 1877 by John Baynton and John Brodie, two schoolboys at Saint Luke’s Church School in Blakenhall, when they were presented with a football by their headmaster, Harry Barcroft.

Newcastle United, the focus of division in this household, plays at Saint James’ Park, another name reflecting the early links many clubs had with local churches. To this day, Southampton glories in the nickname of ‘The Saints.’ They were founded from Saint Mary’s Parish, which gives the stadium its name.

Manchester City (1880) owes it origins to the Revd Arthur Connell of Saint Mark’s Church and his efforts to regenerate the former rural district of West Gorton. There are similar church origins for many other clubs.

In Scotland, Glasgow Celtic was established in 1888 by several Roman Catholic parishes trying to raise money to help feed poor children in the city. Sadly, the divisions between supporters In Liverpool and Glasgow perpetuate sectarian divisions among early Irish immigrants. 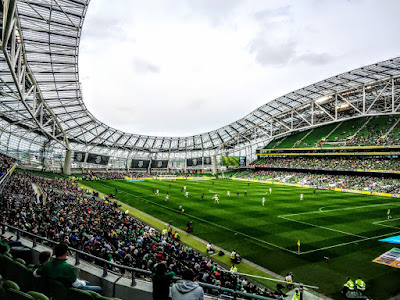 An Anglican bishop who
played soccer at Croke Park

I wonder whether there are similar origins for Saint Patrick’s Athletic in Dublin. It is said the colours of Drogheda United represent the Sacred Heart of Jesus and the Immaculate Conception of Mary.

The original founder clubs of the League of Ireland were Shelbourne, Bohemians, Saint James’s Gate, Jacobs, Olympia, Frankfort, Dublin United and YMCA, some with obvious links with the Church of Ireland or seen at the time as ‘culturally Protestant.’

Bohemian Football Club, the second oldest League of Ireland club in continuous existence, began when a small group from Bells Academy in North Great George’s Street joined students from the Hibernian Military School in the Phoenix Park to form a club in 1890.

Jacobs Football Club was based in Crumlin. In the 1919-1920 season, during the Irish War of Independence, a group of Jacobs players invaded the dressing room of their opponents, Olympia, after a Leinster Senior Cup game. Two Jacobs players and an Olympia player were suspended when it emerged that Jacobs had been taunted for ‘playing soldiers’ in their team. 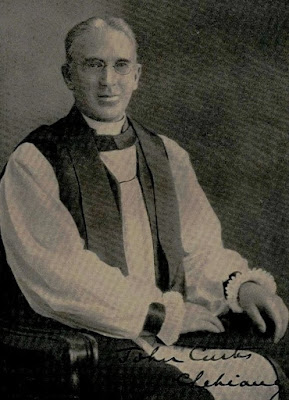 The United Churches Football League was formed in 1948 to facilitate Saturday-only football opportunities. It was founded at a meeting in Saint Mark’s Parish Hall in Westland Row, chaired by Canon George Hobson, but its origins can be traced back to the 1920s, when an early league was formed by former members of the Boys’ Brigade in the Old Boys Union.

In 1899-1900, Bohemians got to the Irish Cup final against Cliftonville after John Curtis scored a vital goal in the semi-final against Belfast Celtic at Jones Road, now Croke Park. But Bohs lost that final 2-1 in Grosvenor Park in Belfast. His two younger brothers, Edward (Ned) and Harry, also played for Bohs.

His career became the stuff of schoolboy adventure stories and comic strips: after the Japanese invaded China at the start of World War II, he was a prisoner of war in Shanghai. He stayed in China as a missionary bishop after the revolution, living in Hangzhou until he was forced to leave in 1950. 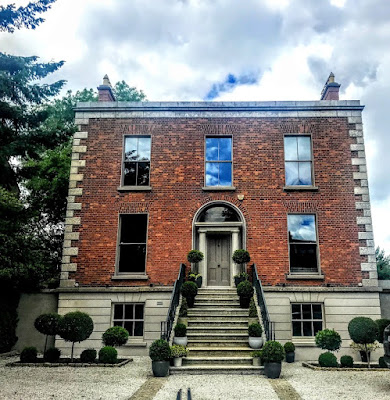