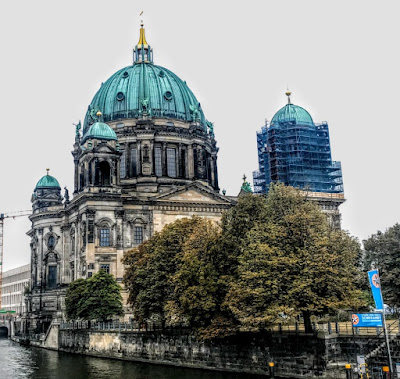 The Berliner Dom, popularly known as Berlin Cathedral … it was never the seat of a bishop or the centre of a diocese (Photograph: Patrick Comerford)

This week my photographs are of cathedrals in European capitals or former capitals. Today is the First Sunday after Trinity (Trinity I), and my photographs this morning (6 June 2021) are from the Berliner Dom, popularly known as Berlin Cathedral, although it was never the seat of a bishop or the centre of a diocese. 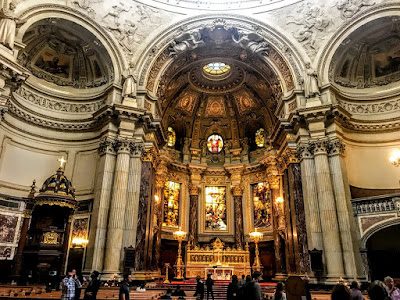 The Berliner Dom is officially a parish church and a collegiate church (Photograph: Patrick Comerford)

The Berliner Dom or Berlin Cathedral stands on Museum Island in the middle of the River Spree. With its central copper dome rising to 98 metres, it stands out above the park before it and the surrounding streets. 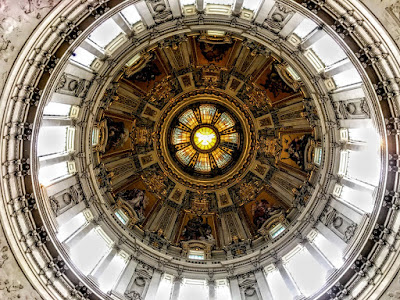 Inside the dome are images illustrating the Beatitudes in the Sermon on the Mount (Photograph: Patrick Comerford) 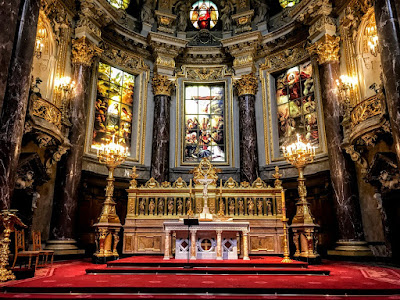 The altar was designed by Friedrich August Stüler and the reredos with the 12 Apostles was made by Karl Friedrich Schinkel (Photograph: Patrick Comerford)

The Prayer in the USPG Prayer Diary today (6 June 2021, Trinity I) invites us to pray:

Almighty God, king of kings,
You lift the lowly and cast down the proud.
May we work in your image to create a fairer world,
Filled with peace and justice.

The statues of the four Reformers, Zwingli, Luther, Melanchthon and Calvin (Photograph: Patrick Comerford; click on image for a full-screen view)