Smiles, dreams and
a belief in future peace 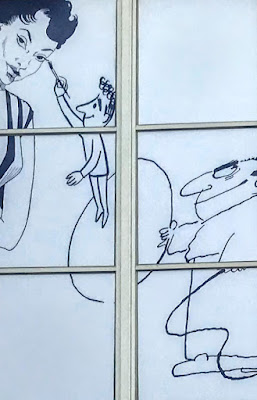 ‘Smile friend, smile away my dreams’ … an exhibition at the Jewish Museum in Vienna (Photograph: Patrick Comerford)

For my Friday reflection this evening, I am reading a poem in Service of the Heart, I prayer book I often use for my personal, evening prayers.

The Service of the Heart was published in London half a century ago by the Union of Liberal and Progressive Synagogues in 1967, and the edition I have is dated 1969. I first came across this book almost half a century ago while I was living in Wexford, and it moved with me to Dublin and to Askeaton.

This evening’s poem, ‘Smile, friend, smile away my dreams!’ is by Saul Tschernichovsky and was translated for Service of the Heart by Rabbi John Rayner, one of the two principal contributors to this book with Rabbi Chaim Stern. Together, they wrote or rewrote many of the prayers, poems and reflections in this book.

For 20 years, John Desmond Rayner (1924-2005) was the head of the Liberal and Progressive movement in Anglo Jewry, and his obituary in the Guardian said ‘some people took his Angloism to be a little too close to Anglicanism.’

He was born Hans Sigismund Rahmer in Berlin, and came to Britain with some of the last Jewish children rescued in 1939 in the kindertransport programme organised by Sir Nicholas Winton. He changed his name at school in Durham, and went on to Emmanuel College, Cambridge, becoming a Hebrew scholar and a Bible and Talmud expert.

He began his ministry at the South London Liberal Jewish synagogue in Streatham before moving to St John’s Wood Road. He was chairman of the World Union for Progressive Judaism, and president of the Union for Liberal and Progressive Synagogues, and co-edited Service of the Heart and The Gate of Repentance.

He co-edited two prayer books for the Liberal Jewish Movement in England, On the Doorposts of Your House and Gates of Joy, and edited the new liturgy of the Reform movement.

‘Smile, friend, smile away my dreams!’ by Saul Tschernichovsky was translated by Rabbi John Rayner.

Saul Tchernichovsky (1875-1943) was a Russian- or Ukrainian-born poet and doctor who is considered one of the great Hebrew poets. He identified with nature poetry, and as a poet greatly influenced by the culture of ancient Greece.

He was born on 20 August 1875 in the village of Mykhailivka, in what is now Ukraine. He attended a modern Jewish primary school and at the age of 10 moved to a secular Russian school at the age of 10. As a student in Odessa in 1890-1892, he published his first poems and became active in Zionist circles. His first published poem was ‘In My Dream.’

He studied medicine at the University of Heidelberg in 1899-1906 and finished his medical studies in Lausanne. He returned to Ukraine to practice medicine in Kharkiv and in Kiev. During World War I, he was an army doctor in Minsk and in Saint Petersburg.

He spent time in the US in 1929-1930, before moving in 1931 to the British Mandate of Palestine, where he lived for the rest of his life. There he practised medicine in Tel Aviv, and was a friend of the Klausner family of Jerusalem. In his childhood, the novelist, writer and activist Amos Oz (1939-2018) knew him as Uncle Shaul.

Smile friend, smile away my dreams!
What I dream shall yet come true!
Smile that I believe in man,
As I still believe in you.

My soul still yearns for liberty,
Unbartered for a calf of gold;
For still I believe in man,
And in his spirit, strong and bold.

And in the future I believe –
Though it be distant, come it will –
When nations shall each other bless
And peace at last the earth shall fill. 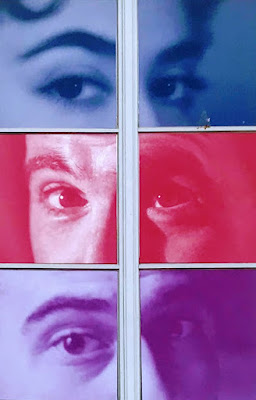 ‘What I dream shall yet come true!’ … an exhibition at the Jewish Museum in Vienna (Photograph: Patrick Comerford)