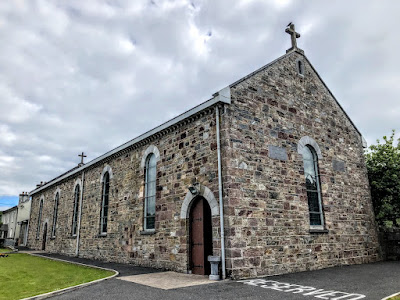 Today is the Second Sunday after the Epiphany (22 January 2022). This looks like being a busy Sunday, and later this morning I am preaching at Morning Prayer in Saint Mary’s Church, Askeaton, Co Limerick, and preaching and presiding at the Parish Eucharist in Saint Brendan’s Church, Tarbert, Co Kerry.

This morning (16 January 2022), I am reflecting on the life of Saint Fursey, a seventh century Irish monk who was involved in establishing Christianity throughout these islands, particularly in East Anglia, and later in France. Saint Fursey is known as one of the ‘Four Comely Saints,’ and he reportedly experienced angelic visions of the afterlife.

James Joyce mentions Saint Fursa in Ulysses in a list of mostly Irish heroes and heroines. The Unfortunate Fursey, a popular comic novel by Mervyn Wall describes the saint as a hapless poor soul tormented by visions of buxom women and bargaining with demons to escape the torments of religion.

Saint Fursey was born in present-day Connacht supposedly the son of Fintan and grandson of Finlog, pagan kings of the area. His mother was Gelges, the Christian daughter of Aed-Finn, king of Connacht. He was born probably amongst the Hy-Bruin, and was baptised by Saint Brendan the Traveller, his father’s uncle, who was then the abbot of a monastery in the Island of Oirbsen, now called Inisquin in Lough Corrib.

He was educated by Saint Brendan’s monks, and joined the monastery at Inisquin, near Galway, under the Abbot, Saint Meldan, his soul-friend or anam chara.

He became known for his great sanctity, and legend says that through his prayers, twin children of a chieftain related to King Brendinus were raised from the dead. He built his own monastery at Killursa outside the town of Headford in modern Co Galway and he became the patron saint of the Parish of Headford.

He was an ascetic who wearing thin clothing year round. He set out with some monks for Munster, but when he came near his father’s home he became ill, fell into a trance and had the first of the ecstatic visions that have made him famous in mediaeval literature.

This was a vision of the state of sin and the beauty of virtue. He heard the angelic choirs singing ‘the saints shall go from virtue to virtue, the God of Gods will appear in Sion.’ It is said he was taken to the heavens by three angels who contended six times with demons for his soul. He saw the fires of hell, the strife of demons, and then heard the angel hosts sing in four choirs ‘Holy, holy, holy, Lord God of hosts.’ Among the spirits of those just made perfect he recognized Saints Meldan and Beoan.

From that day, the saint’s body was marked by fire.

Then, 12 months later, he had a third vision. This time, the angel remained with him a whole day, instructed him for his preaching, and prescribed for him 12 years of apostolic labour. He moved for some years to a small island in the ocean, and later founded a monastery at Rathmat on the shore of Lough Corrib. His brothers Foillan and Ultan joined the community at Rathmat, but Saint Fursey seems to have renounced the administration of the monastery and to have devoted himself to preaching throughout Ireland.

Saint Fursey is the first recorded Irish missionary to Anglo-Saxon England. He arrived in East Anglia with his brothers, Foillan and Ultan, during the 630s, shortly before Saint Aidan founded his monastery on Holy Island.

When Saint Fursey arrived with his brothers Foillan and Ultan, with other monks, carrying the relics of Saint Meldan and Saint Beoan, the king gave him land to establish an abbey at Cnobheresburg, where there was an abandoned Roman fort, traditionally identified with Burgh Castle in Norfolk.

When Sigeberht was slain by an army led by Penda of Mercia, his successor, King Anna of East Anglia, further endowed the monastery at Cnobheresburg. Saint Fursey retired for a year to live the life of an anchorite. However, as great numbers continued to visit him, and as war threatened in East Anglia, he moved to Lagny in France in 648.

After a long journey, he founded a new monastery at Latiniacum (Lagny), near Chelles, outside Paris, on the banks of the River Marne. There he built a monastery and three chapels, one dedicated to Christ the Saviour, one to Saint Peter, and a third later dedicated to Saint Fursey himself.

His journeys continued and many churches in Picardy are dedicated to him. He died ca 650 at Mézerolles while on a journey. The village was for some time called Forsheim, which translated as the house of Fursey. He was buried in a church in Péronne, after 30 days.

The Prayer in the USPG Prayer Diary today (16 January 2022, the Second Sunday after the Epiphany) invites us to pray:

God of all things,
help us to discern our gifts
and to use them for the common good.
Let us rejoice in the diversity of creation.

Tomorrow: Saint Anthony of the Desert 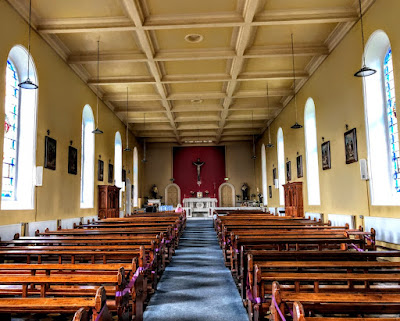