Exploring the events of 1916 in
Saint Mary’s Cathedral, Limerick 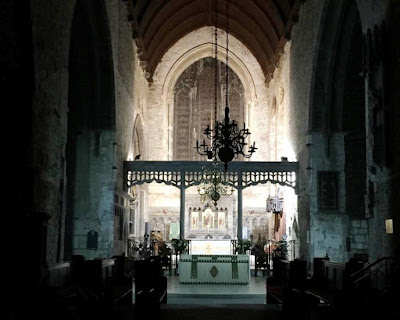 Saint Mary’s Cathedral, Limerick … the venue for my lecture on 1916 on Saturday 20 February

In the current [February 2016] edition of ‘Newslink,’ the magazine of the Church of Ireland United Dioceses of Limerick, Killaloe and Ardfert, Bishop Kenneth Kearon writes in his introductory letter on page 3:

1916 – the year has such resonance throughout Ireland. For most in the Republic it means the year of the Easter Rising – events focussed on the GPO in Dublin which triggered a rebellion and a series of events over the next few years which established an Irish Republic and laid the foundations for the ideology which shaped our nation.

The names of the executed rebellion leaders are part of the folklore of Ireland – Pearse, Connolly, Ceannt, Colbert, and so on, names commemorated in the names of the railway stations of our cities. Stories abound about acts of heroism and atrocities.

Here in our diocese we will begin to address this in a talk in St Mary’s Cathedral on Saturday afternoon 20th February next. The speaker will be Canon Patrick Comerford, lecturer at the Church of Ireland Theological Institute, and former Irish Times journalist. He will speak on the subject “1916: Finding a Voice for the Church of Ireland.” The lecture will be at 3.00 p.m. There will be tea and coffee in the cathedral afterwards, and then at 4.30 p.m. there will be a special service of Evensong, during which we will install two new Canons into our Joint Chapter – Canon Jane Galbraith, Rector of Roscrea, and Canon Ruth Gill, Priest-in-charge of Cloughjordan and Borrisokane. All clergy and diocesan Lay Readers are invited to robe at this special service.

So, an important Saturday afternoon for the whole diocese – please do note the time and date in your diary, and try to be present – you will be very welcome. Saturday 20th February – talk at 3 p.m. followed by Evensong at 4.30 p.m.