‘Bells tolling from Limerick
Cathedral; much nicer than
sirens from Bryant and May’s’ 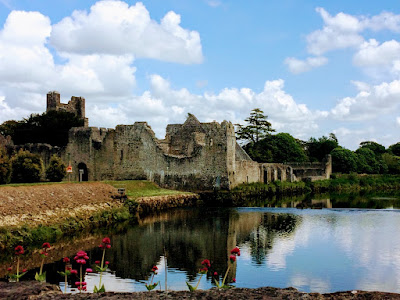 Exploring the area around of Adare, Siegfried Sassoon wrote: ‘Quite unexpectedly I came in sight of a wide river, washing and hastening past the ivied stones of a ruined castle among some ancient trees’ (Photograph: Patrick Comerford, 2017)

Recently, I stopped for at the Locke Bar on George’s Quay in Limerick and I wrote last week about the associations of the Locke Bar with the poet and writer Robert Graves (1895-1985), who had many family connections with Limerick, and who was stationed with the Royal Welch Regiment in Limerick in 1918.

Another war poet who was stationed in Limerick at the same time in World War I was Siegfried Sassoon, a friend of Robert Graves and who found in Limerick the Ireland he had imagined.

Siegfried Loraine Sassoon (1886-1967) was grew up in Weirleigh, a neo-gothic mansion in Kent. His Jewish father, Alfred Ezra Sassoon (1861-1895), was a member of a wealthy merchant family that had moved a generation earlier from Baghdad. His mother Theresa Thornycroft was an Anglo-Catholic, and she named him Siegfried because of her love of Wagner’s operas and Loraine after a priest friend.

Sassoon read history at Clare College, Cambridge, from 1905 to 1907. But he went down from Cambridge without a degree and spent the next few years hunting, playing cricket and writing poetry. On the outbreak of World War I, he joined the army in 1914, but was not sent to the front until the following year.

On 1 November 1915, his younger brother Hamo was killed in the Gallipoli Campaign. In the same month, Siegfried, now an officer in the Royal Welch Fusiliers, was sent to France, where he met Robert Graves. They became close friends, united by their poetic vocation, and they often read and discussed each other’s work.

Sassoon's periods of duty on the Western Front were marked by exceptionally brave actions, including the single-handed capture of a German trench in the Hindenburg Line. Armed with grenades, he scattered sixty German soldiers. On 27 July 1916, he was awarded the Military Cross for ‘conspicuous gallantry during a raid on the enemy’s trenches. He remained for 1½ hours under rifle and bomb fire collecting and bringing in our wounded. Owing to his courage and determination all the killed and wounded were brought in.’

On 16 April 1917, Sassoon was wounded by a German sniper while he was leading his company in an attack at Fontaine-les-Croisilles. While he was recovering from his wounds back in England, Sassoon’s growing anger at the political mismanagement of the war compelled him to write a scathing attack, that earned him public notoriety after it was read aloud in the House of Commons.

He wrote: ‘I am making this statement as an act of wilful defiance of military authority, because I believe that the war is being deliberately prolonged by those who have the power to end it.’

At this point, Robert Graves intervened and persuaded the authorities that Sassoon was too mentally and physically unwell to face punishment. He also persuaded Sassoon himself to ‘drop this anti-war business’ on the grounds that his protest was in vain. Whatever he did the war would go on ‘until one side or the other cracked,’ meanwhile he would simply be accused of cowardice and his pacifism dismissed as lunacy.

A panel of army doctors quickly decreed that Sassoon was ‘suffering from a nervous breakdown and not responsible for his actions.’ Unwilling to risk the adverse publicity that would accompany the court martial of a man decorated for celebrated acts of bravery, the under-secretary for war declared that Sassoon was suffering from shell shock and had him sent to a military psychiatric hospital at Craiglockhart, near Edinburgh.

In hospital, Sassoon wrote his poem, Survivors, showing his contempt for the authorities who patched-up shattered soldiers only to return them to the front. It also reveals much about the tortured state of his own mind:

No doubt they’ll soon get well; the shock and strain
Have caused their stammering, disconnected talk.
Of course they’re ‘longing to go out again,’ —
These boys with old, scared faces, learning to walk.
They’ll soon forget their haunted nights; their cowed
Subjection to the ghosts of friends who died, —
Their dreams that drip with murder; and they’ll be proud
Of glorious war that shatter’d all their pride ...
Men who went out to battle, grim and glad;
Children, with eyes that hate you, broken and mad.

Without changing his views, Sassoon finally accepted the futility of continuing his protest and persuaded the Review Board at Craiglockhart that he should be passed for General Service and returned to the war on the Western Front.

On 26 December 1917, Sassoon left Edinburgh for the Royal Welch Fusiliers regimental depot at Litherland, near Liverpool. On arriving, however, he discovered that the 3rd Battalion had been sent to Limerick, to replace an Irish battalion, and that he was to join them there in the New Year.

After a train journey to Holyhead in north Wales, Sassoon sailed to Dublin and arrived in Limerick on 7 January 1918. He was stationed in the New Barracks, now Sarsfield Barracks, and his first impressions of the city, as noted in his diary, appear quite favourable.

Almost immediately, Sassoon began to fall under the spell of the Irish countryside and to forget the horrors he had witnessed in France. ‘By the time I had been at Limerick a week I had found something closely resembling peace of mind.’

He seems to have appreciated the sound of the bells of Saint Mary’s Cathedral, Limerick, and wrote: ‘Bells tolling from Limerick Cathedral; much nicer than sirens from Bryant and May’s factory’ in Litherland.

Exploring the area around of Adare, Sassoon wrote: ‘Quite unexpectedly I came in sight of a wide river, washing and hastening past the ivied stones of a ruined castle among some ancient trees. The evening light touched it all into romance, and I indulged in ruminations appropriate to the scene.’

With few duties to keep him busy at the barracks, Sassoon saw the opportunity to indulge in his favourite pre-war pastime of fox-hunting, and he began to make inquiries with the local hunt: ‘Never had I galloped over such richly verdant fields or seen such depth of blue in distant hill. It was difficult to believe that such a thing as `trouble' existed in Ireland.’

During the following month, Sassoon ranged far and wide across some of the finest horse riding country in Ireland, losing himself in the fields and hedgerows around Croom and Fedamore, near Adare, Friarstown, south of Limerick, and Castle Hewson, 4 km east of Askeaton, and being wined and dined in the grand houses of the fox-hunting gentry.

During an anti-gas training course in Cork, Sassoon went Absent Without Leave (AWOL) so he could ride with the Muskerry Hounds.

Yet despite the apparent tranquillity, Sassoon was disturbed: ‘It was difficult to believe that such a thing as ‘trouble’ existed in Ireland, or that our majors were talking in apprehensive undertones about being sent out with mobile columns – the mere idea of our mellow majors going out with mobile columns seemed slightly ludicrous. But there it was. The Irish were being troublesome – extremely troublesome – and no one knew much more than that, except that our mobile columns would probably make them worse.’

Later still, the threat became more personal when Sassoon and a fellow officer broke their journey in a village pub and the owner, a man named Finnegan, prophetically warned, ‘There’ll be houses burnt and lives lost before the year’s ended, and you officers ... had better be out of Ireland than in it, if you set value on your skins.’

However, Siegfried Sassoon did not remain in Ireland long enough to experience the looking violence. On his last morning in Limerick, 8 February 1918, he rode with a hunt to Ballingarry, south of Rathkeale, and said farewell to the land he had grown to love and that had provided an escape from the nightmare of trench warfare.

He would recall: ‘I felt a bit mournful as my eyes took in the country with its distant villages and gleams of water, its green fields and white cottages, and the hazy transparent hills on the horizon – sometimes silver-grey and sometimes that deep azure which I’d seen nowhere but in Ireland.’

Back in France, he once again ‘became part of the war machine which needed so much flesh and blood to keep it working.’ But Sassoon’s military career was soon over. He was shot in the head by ‘friendly fire’ and was invalided home.

After World War I, Sassoon was instrumental in bringing Wilfrid Owen’s war poems to the attention of a wider audience. Sassoon’s social conscience pushed him toward involvement with Labour politics. He became literary editor for Britain’s first socialist daily newspaper, the Daily Herald, and he played an active role in the Miners’ Strike in 1921 and the General Strike in 1926.

After the success of his War Poems, Sassoon received critical acclaim for his slightly fictional autobiography Memoirs of a Fox-Hunting Man, for which he was awarded the Hawthornden Prize in 1929.

Having had a succession of homosexual relationships, Sassoon surprised his friends when married Hester Gatty in 1933, and they had a son, George Sassoon (1936-2006). By late 1944, however, the marriage had failed and Sassoon began to live a reclusive life at Heytesbury House in Wiltshire.

His literary work continued to display a deep spirituality and search for inner peace. His search was satisfied by his conversion to Roman Catholicism, and Father Sebastian Moore admitted him to the Roman Catholic Church at Downside Abbey in Somerset in 1957. 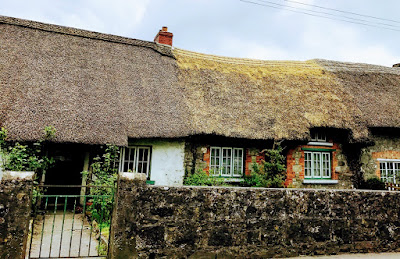