An ancient cathedral site
in Roscrea with its Round
Tower, High Cross and
Romanesque doorway 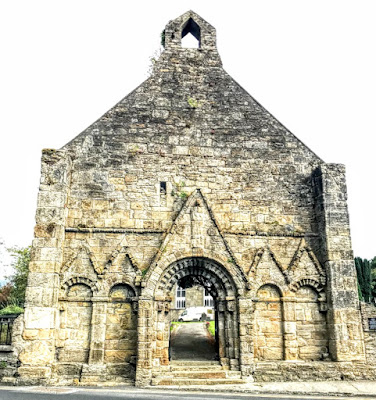 Roscrea in Co Tipperary originally stood on the ancient road that ran in part from Tara to Cashel. This location may explain why Saint Cronan founded a monastery there in the early seventh century, and why the monastic site briefly served as the episcopal seat in the short-lived Diocese of Roscrea in the 12th century. 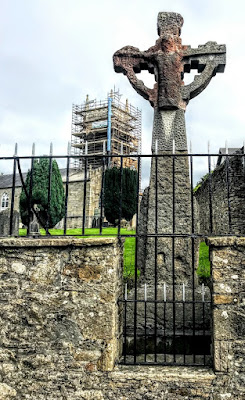 The High Cross at the site in Roscrea (Photograph: Patrick Comerford, 2018) 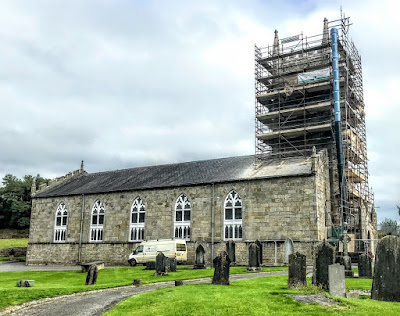 Saint Cronan’s is a single-cell, gable-fronted parish church, with five-bay side elevations to nave, a four-stage tower and porch at the south-west elevation, and a vestry at the south-east elevation. The original building was funded by the Board of First Fruits with a gift of £100 and a loan of £775. 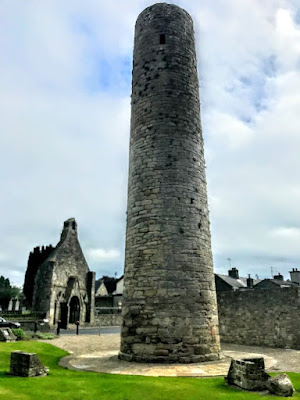 The Round Tower in Roscrea is first mentioned in 1131 and was inhabited until 1815 (Photograph: Patrick Comerford, 2018)

Despite the motorway taking traffic out of the centre of Roscrea, this is still a busy road with a blind and sharp bend, and I felt I was taking my life into my hands twice last week as I tried to cross the road from the road tower to the site of the church. 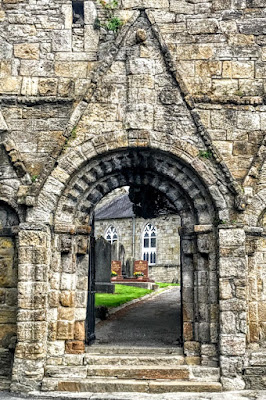 The arch of the Romanesque doorway at Saint Cronan’s Church, Roscrea, is of three orders (Photograph: Patrick Comerford, 2018)