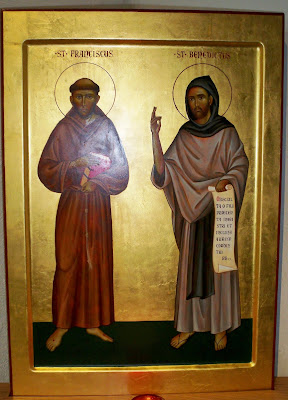 Anglican spirituality is rooted in Benedictine spirituality, an approach to life and prayer that arose from the monastic community of Saint Benedict in the sixth century.

The basic principles that shape the Book of Common Prayer are Benedictine in spirit. For example, the spirituality of the Rule of Saint Benedict is built on three key elements that form the substance of the Book of Common Prayer: the community Eucharist; the divine office; and personal prayer with biblical, patristic and liturgical strands woven together.

The Anglican Benedictine monk and theologian, Dom Bede Thomas Mudge, believed the Benedictine spirit is at the root of the Anglican way of prayer in a very pronounced way. The example and influence of the Benedictine monastery, with its rhythm of the daily office and the Eucharist; the tradition of learning and lectio divina; and the family relationship among an Abbot and his community, have influenced the pattern of Anglican spirituality.

In a unique way, the Book of Common Prayer continues the basic monastic pattern of the Eucharist and the divine office as the principal public forms of worship.

On a regular basis, through the day, in the office and in their spiritual life, Benedictines pray the psalms. The church historian Peter Anson believed that Cranmer’s great work of genius was in condensing the traditional Benedictine scheme of hours into the two offices of Matins and Evensong. In this way, Anglicanism is a kind of generalised monastic community, with the Book of Common Prayer preserving the foundations of monastic prayer.

As a monastic form of prayer, the Book of Common Prayer retains the framework of choral worship but simplified so that ordinary people in the village and the town, in the parish, can share in the daily office and the daily psalms.

In recent years, three of the most interesting commentaries of the rule of Saint Benedict have been written by leading Anglican writers: Esther de Waal, a well-known writer and lecturer on theology, spirituality and Church History and the wife of a former Dean of Canterbury; Elizabeth Canham, one of the first women ordained priest in the Episcopal Church (TEC), and who lived for almost six years in a Benedictine monastery; and Canon Andrew Clitherow. 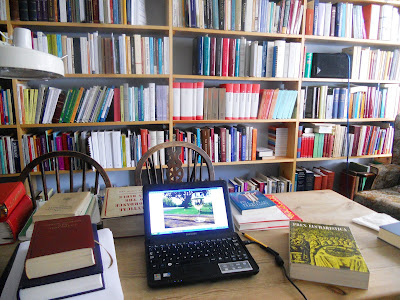 Working in the Scriptorum in Ealing Abbey … study is a major theme in the Rule of Saint Benedict (Photograph: Patrick Comerford)

In my stays in Ealing Abbey and Glenstal Abbey, or on my visits to Rostrevor Abbey, Mount Melleray or Roscrea Abbey, I have never heard this legend. But it is still repeated wherever priests are gathered together.

As people in Ireland wait to see whether social distancing guidelines are observed in the streets around popular pubs in many cities this weekend, perhaps we need not just more policing but a few stout monks too. 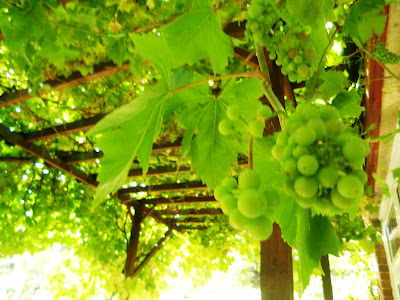 ‘Prayer … is at the same time root and fruit, foundation and fulfilment’ … grapes on the vine in the cloister garden in Ealing Abbey (Photograph: Patrick Comerford)

Gracious and Holy Father,
Give us wisdom to perceive you,
Intelligence to understand you,
Diligence to seek you,
Patience to wait for you,
Vision to behold you,
A heart to meditate on you,
A life to proclaim you,
Through the power of the Holy Spirit of Jesus Christ, Our Lord. Amen. 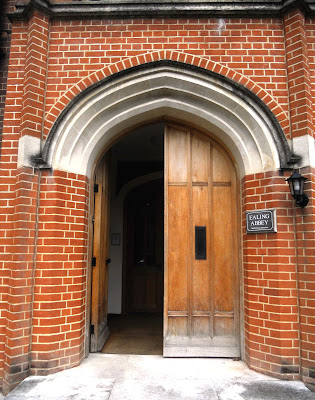 The Front Door at Ealing Abbey … prayer is not about making God some kind of private getaway from life (Photograph: Patrick Comerford)