In the Transfiguration, we see who
Christ is, and Christ sees who we are

The Transfiguration ... a Romanian copy of an icon in Stavronikita Monastery in Mount Athos

The Sunday before Lent,

Lent comes early this year. Lent begins next Wednesday with Ash Wednesday, and I am going away with the staff and students of the Church of Ireland Theological Institute for a full-day retreat to mark the beginning of Lent.

When I was growing up, Lent was once marked by people by giving up something: children giving up sweets, some adults giving up smoking or drinking alcohol.

Lent has not gone out of fashion, completely, in the Church of Ireland … well, not just yet … and the Book of Common Prayer still talks about Lent as a season of “Discipline and Self-Denial.”

The pivotal day between the two seasons of Christmas and Easter is Candlemas or the Feast of the Presentation, which was marked last Tuesday [2 February 2016].

Candlemas tells the story of two old people in the Temple, Simeon and Anna, who recognise who this small Christ Child Jesus is, not just for themselves, but for the nations of the world. It is a fitting culmination to the Epiphany stories that about reveal who Christ is: the stories of the visit of the Magi, the baptism of Christ and the Wedding at Cana.

These are stories of light and they are enlightening stories.

Now before we move to Lent we have two stories of light, and a revelation of who Christ is and who he is for the world. And they are stories that point to the Resurrection.

The first story in our Gospel reading this evening is the story of the Transfiguration.

But let’s be practical about the Transfiguration. In a lecture in Cambridge some years ago [2011], Metropolitan Kallistos [Ware], the pre-eminent Orthodox theologian in England, spoke of the Transfiguration as a disclosure not only of what God is but of what we are. The Transfiguration looks back to the beginning, but also looks forward to the end, opening new possibilities.

The Transfiguration shows us what we can be in and through Christ, he told that Summer School in Cambridge.

The Transfiguration provides a guideline for confronting the secular world, Metropolitan Kallistos said. And he retold a story from Leo Tolstoy, Three Questions. The central figure is set a task of answering three questions:

Who is the most important person? This person who is before you in this very instant.

What is the most important task? This task which you are engaged in here and now.

What we see in Christ at the Transfiguration is human nature, our human nature, taken up into God and filled with the light of God. “Or, as the Revd Dr Kenneth Leech once said: “Transfiguration can and does occur ‘just around the corner,’ occurs in the midst of perplexity, imperfection, and disastrous misunderstanding.”

The second story, as you heard the Gospel being read this evening, may not seem to be related to the first story.

But it is oh so intimately connected with it.

And immediately, then, Christ sees the potential of the child, the only son, that a distressed father is troubled and paralysed child. Christ sees the boy’s potential as the image and likeness of God and restores him to being seen as such.

When you are an adult, will you love the child you have been in your childhood?

Are you going to blame your problems in the future on what happened to you in the past?

There is an old saying that the child is the father to the man. You are about to become responsible adults in the world.

In the future, take ownership of who you have been as a child. Remember always that you are made in the image and likeness of God. And, no matter what others say about you, how others judge you, how others gossip or talk about, God sees your potential, God sees in you God’s own image and likeness, God knows you are beautiful inside and loves you, loves you for ever, as though you are God’s only child. 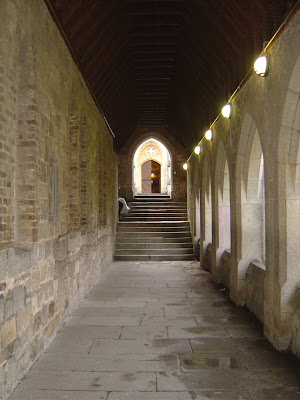 Almighty Father,
whose Son was revealed in majesty
before he suffered death upon the cross:
Give us grace to perceive his glory,
that we may be strengthened to suffer with him
and be changed into his likeness, from glory to glory;
who is alive and reigns with you and the Holy Spirit,
one God, now and for ever. 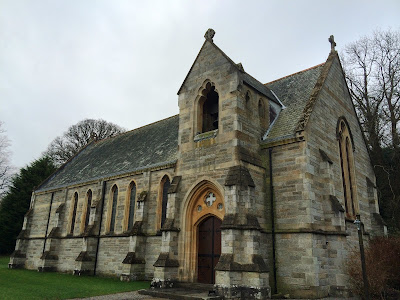