‘You do not come dramatically, with dragons
That rear up with my life between their paws’ 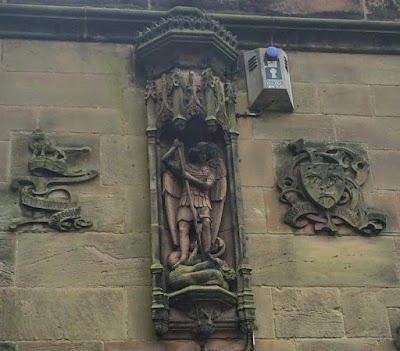 Saint Michael and All Angels,

The Chapel, the Church of Ireland Theological Institute.

In the name of + the Father, the Son and the Holy Spirit. Amen.

There are few references to Saint Michael in the Bible (Daniel 10: 13, 21, 12: 1; Jude 9; Revelation 12: 7-9; see also Revelation 20: 1-3). Yet they have inspired great works in our culture, from Milton’s Paradise Lost to Jacob Epstein’s powerful sculpture at Coventry Cathedral.

But culturally, this has been an important day for the Church: the beginning of terms, the end of the harvest season, the settling of accounts. It is the beginning of autumn, we were told as children not to pick blackberries after this day.

In all our imagery, in all our poetry, Saint Michael is depicted and seen as crushing or slaying Satan, often Satan as a dragon. 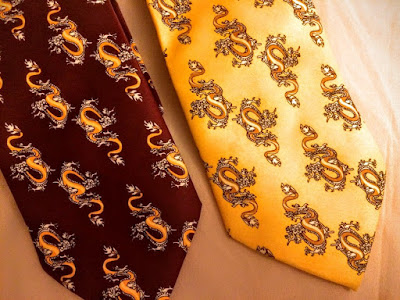 Our ideas of dragons are also culturally conditioned. For the Chinese, dragons symbolise gift and blessing, and represent the majesty of the imperial household.

In most European languages, the word for a dragon is derived from the same Greek word used for a serpent. In European folklore and mythology, legendary dragons have symbolised danger and evil. We are warned in the Greek classics against sowing dragon’s teeth.

Most of us know that throughout life we are going to meet our own dragons, and how they are going to ensnare us if we do not face them and slay them.

Because of the Blitz during World War II, the poet Philip Larkin (1922-1985) spent some of his late teen and early adult years living with his father’s family, close to Saint Michael’s Church in Lichfield, where generations of the Larkin family are buried. There, on the north wall of the church, in a large, looming sculpted image, Saint Michael is crushing the dragon under his feet.

Memories of this image and this churchyard may have inspired the imagery in at least two poems written by Larkin some years later. In his poem ‘At the chiming of light upon sleep’, first drafted on this day 70 years ago [29 September 1946], Larkin links Michaelmas and a lost paradise with chances and opportunities he failed to take in his youth.

In his poem ‘To Failure,’ written a year before he moved to Belfast, Larkin realises that failure does not come ‘dramatically, with dragons / that rear up with my life between their paws.’ Failure comes with more subtlety in those wasted opportunities and lost chances.

During your time here, you will have your own dragons to slay. Do not mistake them for old friends. You will have opportunities and chances to do that, as the days pass quicker than you can count, you will find you have neglected or even lost.

Know your dragons. You already know your own dragons better than I do or anyone else here. But also pay heed to the opportunities that pass far too quickly. And take the opportunities presented here, like Nathanael waiting beneath the fig tree, to prepare yourself for the next stage in your life and ministry.

There may be few dramatic conflicts with your inner dragons while you are here. But in the years to come, you may regret not paying attention to the little opportunities, the minor details of life here. Then you do not notice the changes, the days passing more quickly, and the years pass by.

Sitting under his tree, Nathanael was aware of the opportunities and did not allow them to pass him by. And when you seize these opportunities you may find yourself prepared to ‘see heaven opened and the angels of God ascending and descending upon the Son of Man’ (John 1: 51). 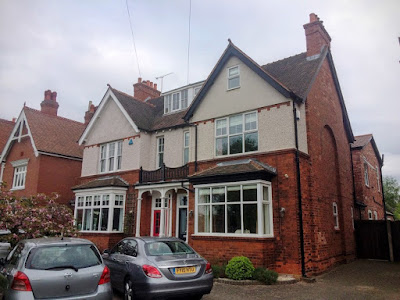 To Failure, by Philip Larkin

You do not come dramatically, with dragons
That rear up with my life between their paws
And dash me butchered down beside the wagons,
The horses panicking; nor as a clause
Clearly set out to warn what can be lost,
What out-of-pocket charges must be borne
Expenses met; nor as a draughty ghost
That’s seen, some mornings, running down a lawn. 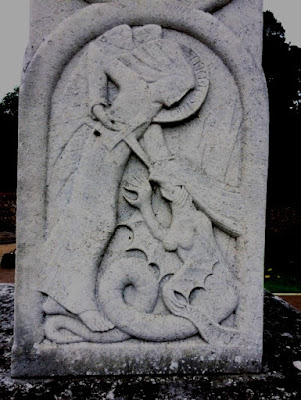 Saint Michael slays the Dragon … one of four panels by Eric Gill on the War Memorial in Trumpington, near Cambridge (Photograph: Patrick Comerford, 2015)

Everlasting God,
you have ordained and constituted the ministries
of angels and mortals in a wonderful order:
Grant that as your holy angels always serve you in heaven,
so, at your command,
they may help and defend us on earth;
through Jesus Christ our Lord. Amen.

Lord of heaven,
in this Eucharist you have brought us near
to an innumerable company of angels
and to the spirits of the saints made perfect.
As in this food of our earthly pilgrimage
we have shared their fellowship,
so may we come to share their joy in heaven;
through Jesus Christ our Lord. Amen.

(Revd Canon Professor) Patrick Comerford is Lecturer in Anglicanism, Liturgy and Church History, the Church of Ireland Theological Institute. This sermon was preached at the Eucharist on the Feastday of Saint Michael and All Angels, 29 September 2016.

Posted by Patrick Comerford at 08:15