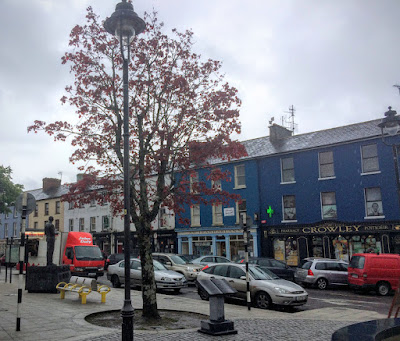 Throughout Ireland this year, we have been remembering those killed in both the Easter Rising in 1916 and those killed in some of the major battles during World War I 100 years ago.

Many of the commemorations tried to strike a note of balance and to avoid, which may help to shape a more balanced approach to the Remembrance Day commemorations later this month [13 November 2016]. But in some parts of Ireland there may be reluctance to recall the Irish men and women who played key roles in World War II.

In Crete a few months ago, I was reminded of the 75th anniversary of the Battle of Crete and of the role played by Sir George Beamish from Dunmanway, Co Cork, who was the senior RAF officer on Crete during that battle in May 1941.

In an unexpected coincidence, I was also in Dunmanway in May 2016, and I realised the unique contribution of the four Beamish brothers – Victor, George Charles and Cecil – who were accomplished sportsmen and who had distinguished careers in the Royal Air Force.

These four Beamish brothers were the sons of Francis George Beamish and Mary Elizabeth Beamish of Dunmanway. 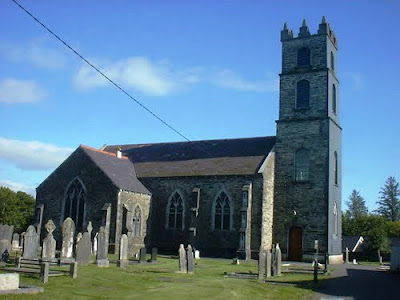 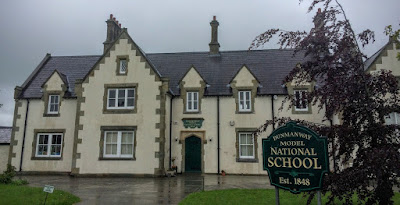 The Model School in Dunmanway, where Francis George Beamish was the principal and Sam Maguire went to school (Photograph: Patrick Comerford, 2016)

Sam Maguire is said to have recruited Michael Collins into the IRB while they were both working in the post office in London. He later took the anti-Treaty side in the Civil War, and lost his post in the Civil Service. The GAA gave his name to the All-Ireland Football Cup.

Meanwhile, Frank Beamish left Dunmanway in 1912, becoming a school inspector, first in Dublin, then in Co Derry (1914) and finally in Co Antrim. 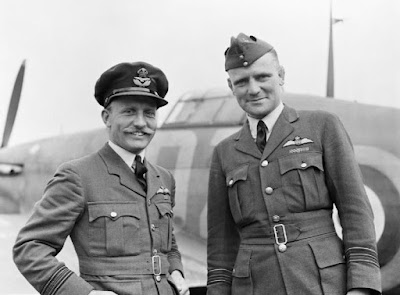 The eldest of these four brothers, Group Captain Francis Victor Beamish (1903-1942), was an RAF fighter pilot and flying ace during World War II. Victor was born in the headmaster’s residence at the Model School in Dunmanway on 27 September 1903. He attended Coleraine Academical Institution and then entered the RAF in 1921.

During his pre-war career in the RAF in India and as a flight instructor in England, Victor played rugby for Harlequins, Leicester, Hampshire, the RAF and Irish Trials for several years. When he was admitted to hospital with TB in 1933, it seemed his RAF career had come to an end. He resigned his commission and in 1936, he moved to a civilian post at RAF Aldergrove, near Belfast. When his health recovered later, he returned to Aldergrove and became an honorary aide-de-camp to the Governor of Northern Ireland. 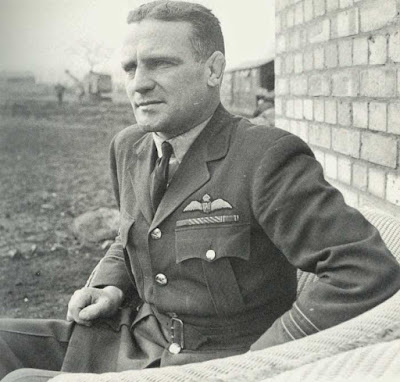 At the outbreak of World War II, after a short time in Canada, Victor returned to England and became a Wing Commander. As a fighter pilot, he quickly claimed up to a dozen German Messerschmitts and many other German and Italian planes. During the Battle of Britain, from 10 July to 31 October 1940, he claimed at least 12 German planes and was awarded the Distinguished Service Order (DSO) and the Distinguished Flying Cross (DFC).

However, on 7 November 1940, while he was on patrol, Victor collided with another RAF plane and made a forced-landing at Leeds Castle in Kent. By March 1941, he was unable to fly regularly but he still flew occasionally over occupied Europe and received a Bar to the DSO that September.

Victor and Wing Commander RF Boyd were on a reconnaissance flight on 12 February 1942, when they sighted the German Fleet making its ‘Channel Dash.’ Then on 28 March 1942, Victor sighted a German formation just south of Calais. In the battle that followed, he was attacked and was last seen entering a cloud near Calais. He was 38.

Hero of the Battle of Crete 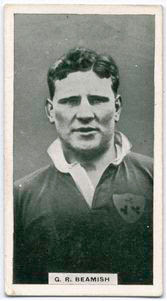 The second brother, Air Marshal Sir George Robert Beamish (1905-1967), was a senior RAF commander until his retirement in the late 1950s. Before World War II, George too was a keen rugby player, playing for Leicester and he was capped 26 times for Ireland. In 1930, he was selected for the Lions tour.

George Beamish was born in Dunmanway on 29 April 1905. He went to school in Coleraine before joining the RAF, and he was commissioned in 1924. Later he became a Flight Commander, and then a Squadron Leader, and in 1939, he was posted to the Middle East.

On 17 May 1941, he was appointed senior RAF officer on Crete, overseeing the arrival of units being withdrawn from mainland Greece. However, following the German invasion of Crete later that month, this action turned into the defence of the island.

When Crete fell, George ordered the RAF squadrons to withdraw to Egypt, but he remained on Crete with General Bernard Freyberg. Both men eventually escaped from Crete in late May 1941, and he spent the rest of World War II in North Africa.

After the war, George held senior positions in the RAF and was knighted (KCB) in 1955. He retired back to Ireland in 1958, and in 1962 he was appointed High Sheriff of Co Derry.

George Beamish won his first international cap for Ireland in 1925 at the age of 19, playing in the Home Nations Championship in a 6-6 draw against England. At the time, he was playing for Coleraine at club level. He played in the remaining games of the tournament, with a home loss to Scotland and an impressive 19-3 win over Wales. Later, when he was playing club rugby for Leicester, George was invited to play for the Barbarians.

The green of Ireland

In 1928, nearly three years after his last international game, George was recalled to the Ireland team, and he was seldom out of the Irish squad from 1928 to 1933. In 1930, he was selected for the Lions tour of Australia and New Zealand. He played in all five Tests and 17 of the regional matches, scoring two tries.

The 1933 championship was his last for Ireland, playing in all three games and as captain of the team that defeated Wales. George also played club rugby for London Irish and was captain of the RAF rugby side.

George was responsible for getting the green of Ireland represented in the kit worn by the Lions. During the 1930 tour of New Zealand, the Lions wore their then standard blue jerseys. But this caused controversy because New Zealand, by then known as the ‘All Blacks,’ played in an all-black kit that clashed with the blue. New Zealand changed for the Tests, and for the first time the ‘All Blacks’ became the ‘All Whites.’

George also led a delegation that complained that the blue of Scotland, white of England and red of Wales was represented in the strip without the green of Ireland. A green flash was added to the socks, and in 1938 this became the green turnover that has been part of the strip ever since.

He died on 13 November 1967 in Castlerock, near Coleraine, Co Derry.

The third Beamish brother, Group Captain Charles Eric St John Beamish (1908-1984), was also an Irish rugby international and an RAF pilot in World War II. He gained 12 caps for Ireland as a prop forward and also played for the Lions in the 1936 tour of Argentina.

Charles Beamish was born in Dunmanway on 28 June 1908. He played his first international match for Ireland against Wales in the 1933 Home Nations Championship. He was then playing at club level for North of Ireland FC, and when he joined the Ireland squad he came in at prop, with his elder brother George at No 8 and team captain. Ireland won 10-5, and Charles was re-selected for the final match of the tournament against Scotland in April. By then, he had switched clubs to Harlequins.

Although missing the opening and losing game against England, Charles was back in the Ireland squad for the second game of the 1934 Championship, playing against Scotland. By then, he was playing with his brother George for Leicester. Charles also played against Wales in the final game in 1934. It was a poor year for Ireland, which finished bottom of the table without a win. In 1934-1935, he toured with the Barbarians, and he played nine matches with them in 1934-1938.

In the 1935 Championship, Charles Beamish played for Ireland in all three matches, and despite a bad loss against England in the opening game, victories over Scotland and Wales secured the title for Ireland. Later that year, when played against the touring New Zealand team in Ireland, he scored his only international try, although it was not enough to stop the All Blacks. In 1936, he toured Argentina with the Lions. 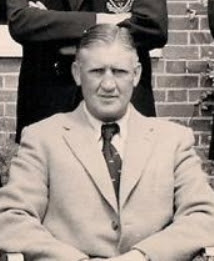 The youngest of the Beamish brother, Air Vice Marshal Cecil Howard Beamish (1915-1999), was a practising dentist, a well-known rugby player and an RAF officer during World War II. He was born on 31 March 1915, and also played rugby for London Irish, the Barbarians and the RAF. Although he was never capped for Ireland, he was an Irish International golfer (1950-1956). He died on 21 May 1999. He was the last surviving Beamish brother.

Their sisters, Katherine and Eileen Beamish, served as Dental Officers with RAF squadrons.

Another teacher at the Model School was Trevor Sargent, who spent two years there (1981-1983) before returning to Dublin, first as a teacher in Balbriggan and later as a Green TD and Cabinet Minister. He is now an ordinand from the Diocese of Cashel, Ferns and Ossory in the Church of Ireland Theological Institute. 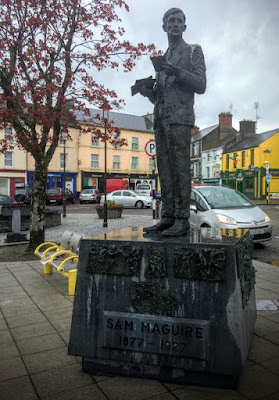 Today, Sam Maguire is remembered throughout Dunmanway with signs, monuments, and a statue in the Market Square. But, while members of the Beamish family still live in the same house where these ‘high-flying’ brothers and their sisters were born, there is no public monument in Dunmanway to remember their feats in the air and on the ground. 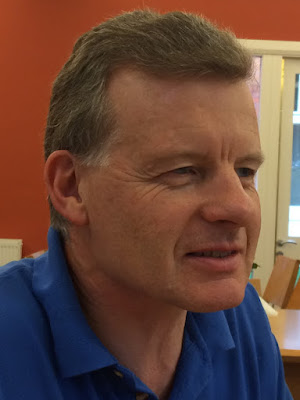 Canon Patrick Comerford lectures in the Church of Ireland Theological Institute. This feature was first published in the ‘Church Review’ (Dublin and Glendalough) and the ‘Diocesan Magazine’ (Cashel, Ferns and Ossory), in November 2016.

I came by your Sunday posting on Dunmanway by a circuitous route today after my wife and I returned from a visit to Arkady Monastery in Crete from where you had previously made a posting.

We happened to be within a couple of feet of The Greek Preiudent being received by an eminent member of The Greek Orthodox Church on the commemoration marking the 150th anniversary of the Turkush siege of 1866.

My wife is from Dunmanway. If you look over the back wall of her childhood home in Sackville Street, you can see Sam Maguire's plot in the graveyard of St. Patrick's Church. Her first cousin now lives in the house adjoining the Model School.

I enjoyed the RAF connection as I am something of a warplane 'anorak'. On my return to Cork, I will making a Greek plane that I purchased in Athens. Along with an Irish Air Corps Gloster Gladiator that I also purchased. A retired dentist in Macroom recently died and he was in a bomber crew in WWII. Like the Beamish siblings, my wife and I are both dentists.

My mother grew up in 36 Rathfarnham Park(I read your bio notes). I think I recall that the synagogue is now at the end of one of the adjoining roads. If you're still awake, let me thank you again for the posting. As I say to my wife about coincidences: 'my life is ravelling'. We might try that restaurant in Rethymnon tonight, it's very close to our hotel.