Was the Good Shepherd our model
at the General Synod in Limerick?

The image of Christ as the Good Shepherd is a popular image. So popular, perhaps, that this is one of the most popular images in stained-glass windows in churches of every tradition. In this group of parishes, we have one in the chancel in Saint Mary’s Church, Askeaton. 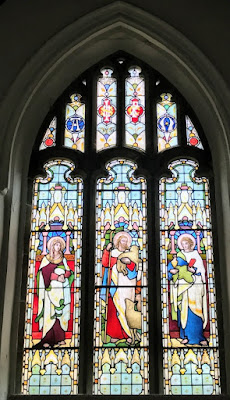