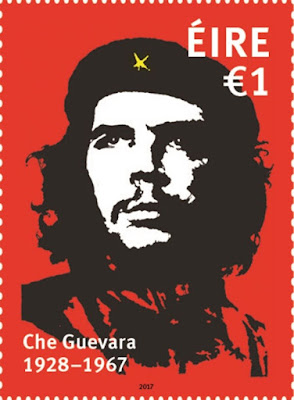 Despite protests in the US, the stamp is appropriate for An Post – not only because Jim Fitzpatrick’s image is now rated among the world's top 10 most iconic images, but because Che Guevara came from an immediate Irish background.

I recent days, I have also been listening again to Maria Farantouri’s version of Hasta Siempre, Comandante, or simply Hasta Siempre, a 1965 song by the Cuban composer Carlos Puebla. In the 1960s and the 1970s, this song became one of the many anthems in the resistance to the colonels’ regime in Greece.